Key India IT company plans to splurge $8.5bn to upgrade services and staff 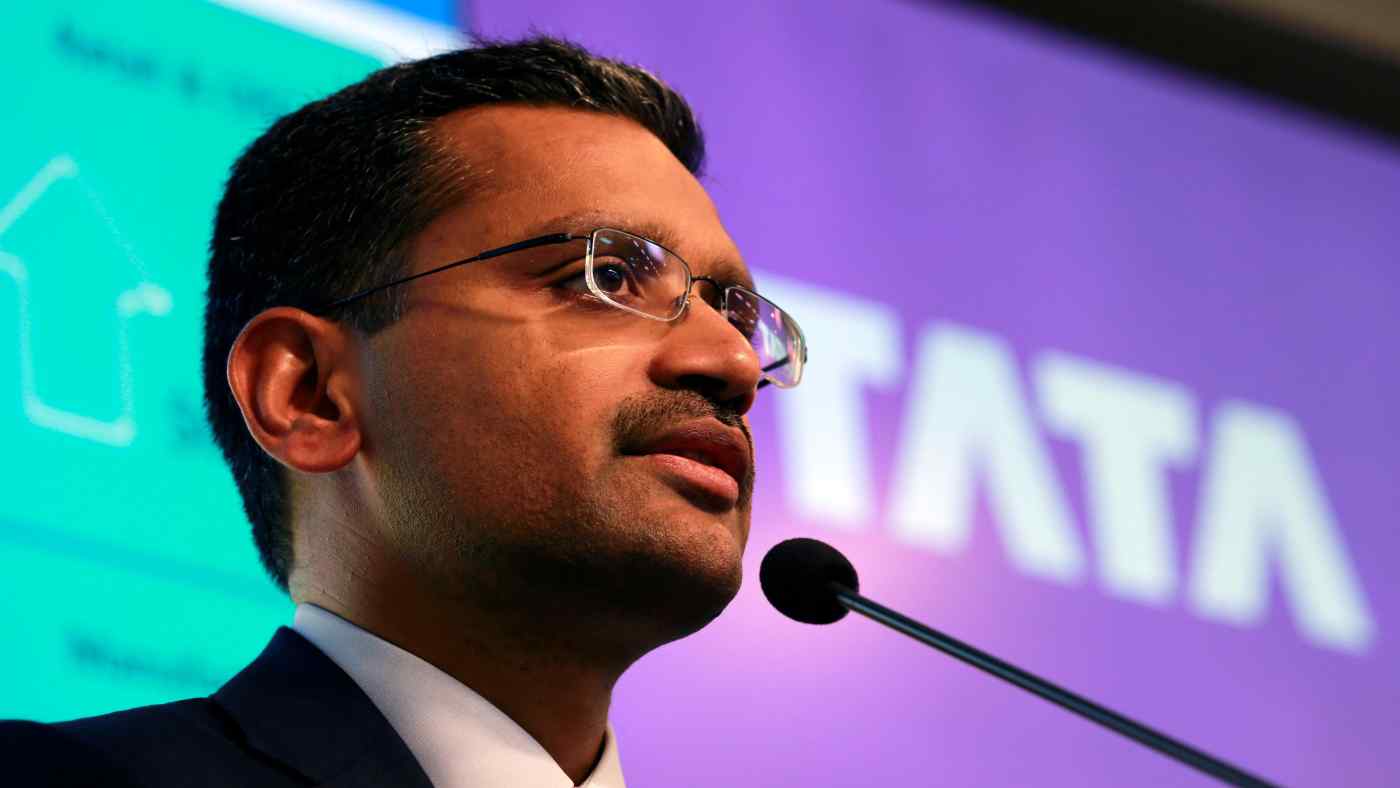 Speaking to Nikkei during his visit to Japan, Gopinathan, who is also managing director, said his company will ramp up investment in key technological areas such as artificial intelligence and data analytics.

"We will continue to invest for growth. But I would not say if it is 5% or 6% of revenue," Gopinathan said hinting that TCS might increase spending to as much as $8.5 billion through fiscal 2023 in developing new services and human resources to catch up with larger U.S. rivals. That figure to be deployed over 2018-2023 represents a 60% increase from the preceding five years, he said.

TCS was the sixth largest IT services provider in the world in fiscal 2018, according to Gartner, a U.S. market research company. The Indian company has climbed up from 12th position five years ago by capitalizing on surging global demand for IT services, especially among Western financial institutions.

"Political tensions, trade disputes... If they are not settled through diplomatic channels, it's always negative for any business. Having said that, I think the space that we are in is significantly supply-constraint," Gopinathan said.

He elaborated by saying that in America, there are more than a million IT positions that are not filled due to a lack of supply. "Even in Europe, there is a very strong understanding that demand for technically skilled manpower is very high while supply is very low. We are at close to full employment," he added.

Despite this, the Trump administration is tightening policies around the H-1B visa to prevent fraud, it said. This however, is a headache for the Indian IT industry. The H-1B is a work visa for highly skilled foreigners who can take up positions that America is having trouble filling.

"Political uncertainty [over H1-B visa] is a reality. But I don't think it is a structural problem. It is more of a transient problem," Gopinathan told Nikkei. "Because of the fact that the supply [of talent] is limited, and the demand is very high, we are continuously investing in building local skill sets," he said.

TCS is the principal cash cow of the Tata group, a sprawling business empire. Sales at TCS have grown at 12% annually over the past five years, achieving faster expansion than such U.S. powerhouses as Accenture which posted an average annual sales growth of 6%, and IBM which saw sales fall 4% on average during the past five years.

The market capitalization of TCS has grown 40% in five years to become the second most valuable company in India after Reliance Industries. 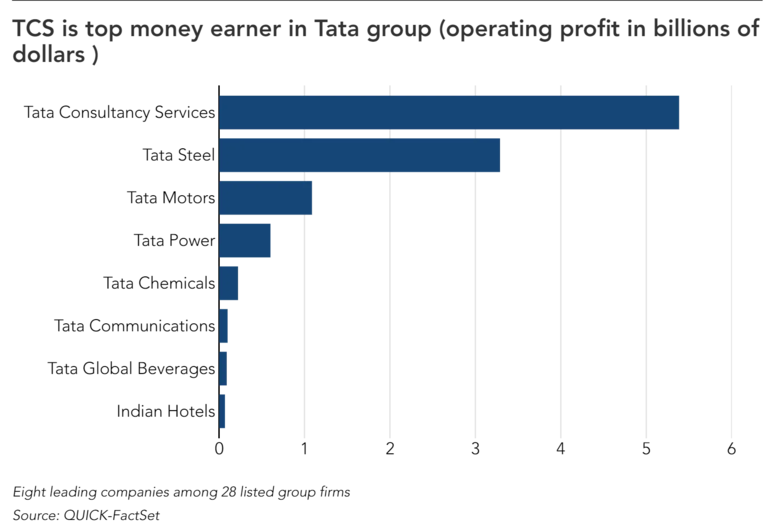 But TCS is trailing many foreign rivals in expanding its operations such as AI, cloud computing and data analytics. Its digital unit contributes only about 30% of the company's overall sales, compared with 60% for both Accenture and Nomura Research Institute.

The company still earns as much as 70% of its sales from "old" core systems and traditional IT systems tailored to the needs of individual customers. It now is aware that it must up its game in next-generation technologies to narrow the gap with Accenture and IBM.

"We are focused to stay above double-digit growth. I am talking about both the top line and constant profitability. So our bottom line grows at the same rate," Gopinathan said.

TCS has set a target of achieving an operating margin of 26%-28%. "Currently we are lower than that. But if you were to leave aside short-term currency and other factors, we believe that the operating margin that we have indicated is sustainable even as we continue to grow even in double digits," he said.

TCS will keep spending 6% or more of its sales in growth areas including AI and data analytics, according to Gopinathan. The company devotes 8%-12% of its sales to investments, including expenditures to run its operations.

Specifically, TCS will bolster its research and development capabilities by increasing the number of its researchers from the current over 1,000. The expanded R&D team will devote more resources to analyzing big data collected by companies and government organizations to create prediction models and develop platforms for making the predicted results visible. These tools will be designed to help government agencies make better responses to natural disasters and promote "smart city" projects and support companies' efforts to reform their operations.

TCS will also expand its R&D facilities and data centers. It will build new R&D sites, mainly in India, in response to the expansion of its 450,000-strong workforce. The company will also build new data centers to meet the demands of a growing number of clients who are turning to its cloud computing services.

TCS will also pour more resources into retraining programs for engineers who have been involved in developing existing "legacy" systems to help them acquire the ability to develop new "agile" infrastructure.

By using a highly efficient approach to system development, the company will be able to ensure that all its engineers will acquire the ability to develop agile systems by fiscal 2020, Gopinathan said. Agile IT gives organizations the ability to scale IT resources up and down to quickly meet changing user needs while reducing costs.

TCS will also spend more on employee education to keep down its 11% turnover ratio, compared with 15% for Accenture and 21% for Infosys, its domestic rival. Low turnover helps the company accumulate technology and expertise more effectively.