Thailand works to reopen for investors and tourists next year BANGKOK -- Thailand is making plans to reopen the country for foreign tourists and investors early next year, expecting them to help reenergize an economy made lackluster by the coronavirus pandemic.

Supattanapong Punmeechaow, the deputy prime minister who oversees economic issues, said the government is brainstorming how to prepare for resuming international flights and relaxing other quarantine rules.

"Next year, we will be focusing on the opening of the country," Supattanapong told Nikkei.

But a reopening would be done bilaterally, and case by case, as Thailand talks with some countries that also are regarded as handling the COVID-19 pandemic well including Japan, Singapore and Vietnam. Thailand has reported just over 3,500 total coronavirus infections, with 59 deaths.

Thailand is considering granting business visas, particularly to Japan, "to bring in expertise, including several types of visa to attract investors and foreigners to come and stay," Supattanapong said. 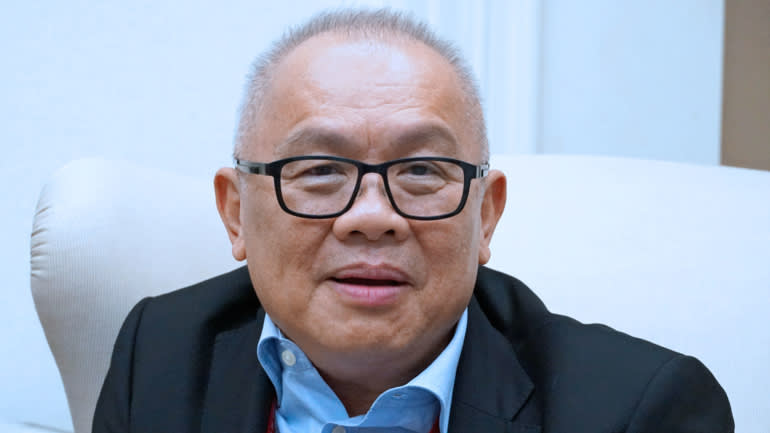 The country plans to cut its quarantine period from 14 days to seven in order to attract tourists and investors, Supattanapong said, but the shorter period would carry extra monitoring. The briefer quarantine is intended to let foreigners go out for conducting business, stimulating the Thai economy.

Although Supattanapong insisted that reopening the country is crucial to help stimulate the Thai economy, he remained tight-lipped on whether Thailand should press ahead with its plan to join the Comprehensive and Progressive Agreement for Trans-Pacific Partnership, or CPTPP, an 11-member multilateral trade pact comprising Japan, Vietnam, Malaysia, Singapore, Australia, New Zealand, Canada, Mexico, Peru, Chile and Brunei.

The agreement, originally known as the Trans-Pacific Partnership, or TPP, was modified under a new name after President Donald Trump pulled the U.S. out of the deal that had been negotiated by the previous Barack Obama administration.

The idea to join was floated in Thailand for the first time in 2018 by Somkid Jatusripitak, the previous deputy prime minister, who claimed that the pact could help promote trade and push up Thai gross domestic product by 0.12% a year, or around 13.3 billion baht ($419 million).

But momentum has lost steam since Somkid quit the Prayuth administration in July and was succeeded by Supattanapong on Aug. 6. It remains unclear what Thailand will do

"CPTPP is beyond my responsibility," Supattanapong told Nikkei.

The plan to join the free trade pact was strongly opposed by some civic groups concerned that it could allow foreign companies to monopolize the Thai agricultural business and drive up drug prices by making the country more reliant on imports.

Such strong opposition has for the time being effectively stopped the plan, with the government setting up a special committee to study it but with no clear framework on when its work will conclude.

Supattanapong. said he has little information on where things stand. "So, we should wait and see from those concerned people," he added.

Thailand looks to reopen its tourism-related sector by focusing on a limited number of visitors with higher spending power to minimize the chance of a second coronavirus wave, the deputy prime minister said. An airport employee walks through the empty departure terminal at Bangkok's Suvarnabumi Airport. Thailand is making plans to reopen the country to foreign tourists and investors early next year. (Photo by Lauren DeCicca)

"The number [of tourists] may be less, but they should be the best-quality tourists in order to generate revenue for the country," he added.

"The [national] Board of Investment has to be proactive to present to foreign investors and convince them by offering competitive privileges," he said.

Supattanapong said the board is realigning a plan to promote targeted industries, looking to match the post-coronavirus investment atmosphere.

Prior to the pandemic, Thailand formed the Eastern Economic Corridor to create investment zones supported by the government, aiming to promote 10 industries likely to produce high added value for the economy. These industries are next-generation automotive; smart electronics; affluent and wellness tourism; agriculture and biotechnology; food for the future; digital; aviation and logistics; biofuels and biochemicals; robotics and medical.

"Now we should reprioritize it because everything has changed after the COVID pandemic," Supattanapong said, adding that the government needs to determine which industries should be the top priority for support.

Beyond reopening the country in early 2021, Supattanapong said Thailand also plans to fund another round of so-called helicopter money for the middle class to stimulate spending in the last quarter of this year.

"We have taken care of the poor already," he said. "They [the middle class] are taxpayers. They should get something."

The government intends to pay 50% of the price for consumption goods, a project that could cost around 30 billion baht ($950 million) in the budget and cover about 10 million middle-class people, slightly less than the country's 11 million total taxpayers, according to Revenue Department data.

Thailand also looks to provide 500 baht to 14 million poor residents to lift purchasing power during the year-end period. This could cost around 21 billion baht ($662 million) in the budget.

"These two projects cost around 51 billion baht," the deputy prime minister said. "However, we expected that would create up to 100 billion baht of economic value in the last quarter of the year."