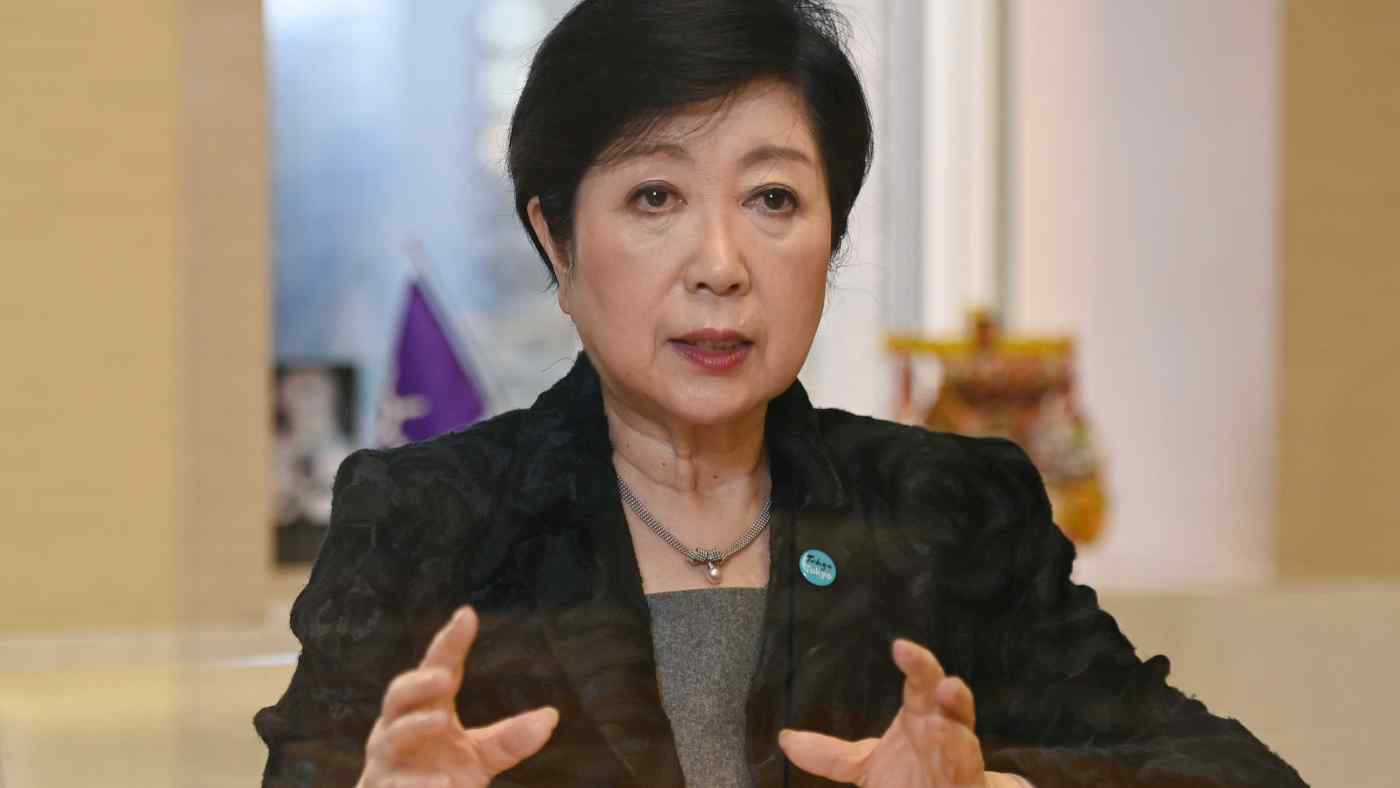 TOKYO -- With the Tokyo Olympic and Paralympic games in the rearview mirror, Gov. Yuriko Koike wants to accelerate toward a goal of making the Japanese capital a bigger international financial hub as the next stage in its growth, she tells Nikkei.

Her administration's plans to compete with Singapore and other cities for globe-trotting professionals and investment include a 10 billion yen ($88 million) fund to support companies in wellness and other fields that have a major social impact.