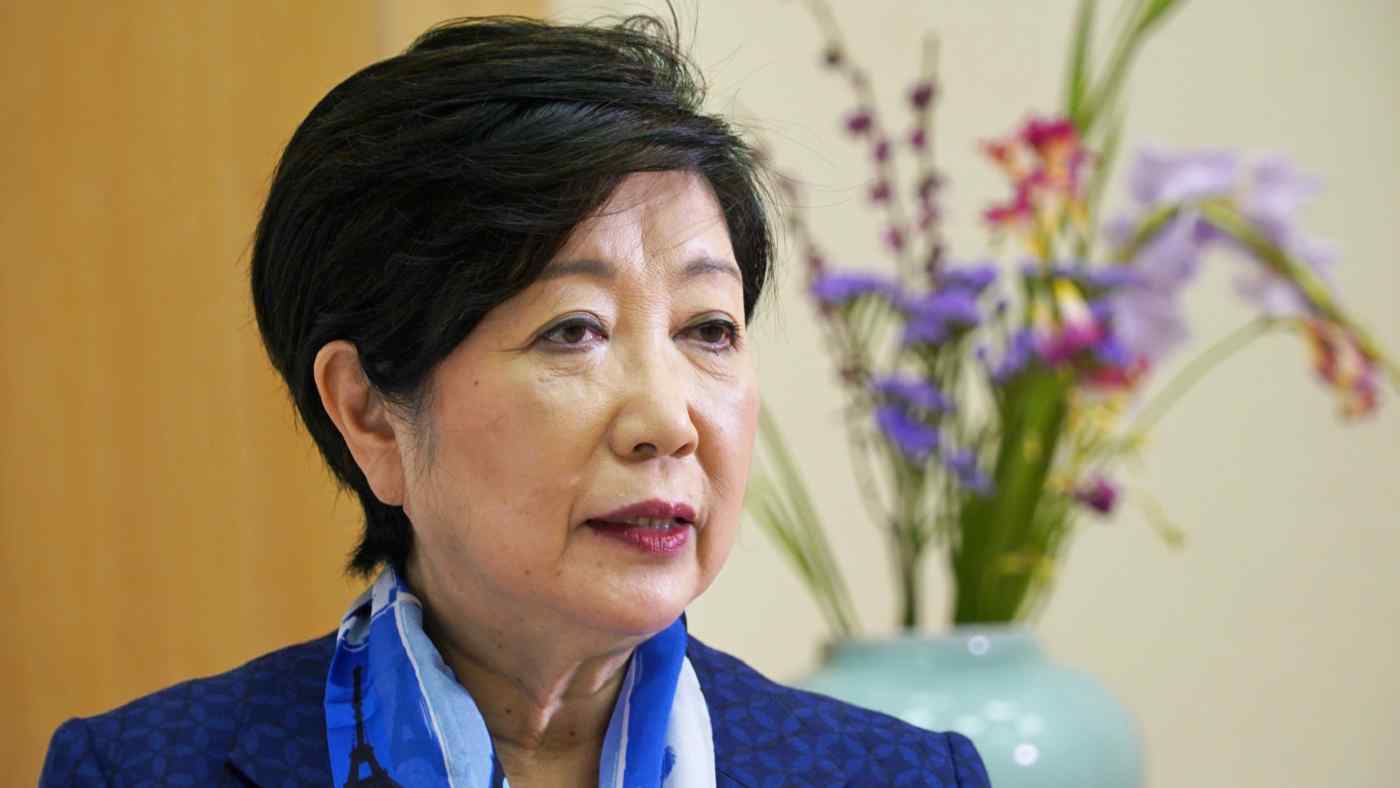 TOKYO -- Japanese law makes it "impossible" to impose a forced shutdown in Tokyo as seen in other global cities such as New York or Paris, Tokyo Gov. Yuriko Koike told the Nikkei Asian Review.

"Because Japan's law puts emphasis on protecting personal rights, a lockdown is impossible," Koike said in an interview on Friday, adding that she can ask for "no more than voluntary restraint." Earlier in the day, she again urged the public to stay home at the weekend.

Novel coronavirus cases in Tokyo have been increasing rapidly since last week, with another 89 new cases on Friday after 97 the previous day. The question now is whether the city will impose stricter measures to prevent the further spread of the virus.

Japan's national government has not declared a state of emergency, which would give authorities greater sway in making requests.

"The message to stay at home will be stronger when it involves the national government," Koike said. But even then, she said there would be no punishment for people going out, with authorities only able to ask the public to listen.

An official of Japan's ruling Liberal Democratic Party said Friday that he expects Japan to declare a state of emergency soon, but that the country's constitution does not permit the government to demand individuals to stay home due to civil liberty concerns. "It will not be compulsory or mandatory," he said. "It would be a request."

"At cinemas and theaters, operations can be ordered to be suspended under a state of emergency declaration," the LDP official added.

Koike herself stated last week that a "lockdown" may be imposed if cases continue to rise. As to whether she would shut down parts of the city such as popular night spots, she said: "I am asking [for restraint] so we do not have to excessively exercise our authority."

"I am hopeful that the past behavior of Japanese people has shown there is high spirit of mutual cooperation," Koike added. She also suggested that people are beginning to grasp the grave nature of the coronavirus, due to news such as the death of a famous comedian.

Both Tokyo and the national government have been asking entities to refrain from holding events or gatherings, but critics say there are limitations without support for economic losses.

"Tokyo will consider what to do based on [the national government plans]," Koike said. She added that "economic measures have to be pursued on an unprecedented scale," and mentioned the need to support small and medium-sized enterprises.

The health ministry recently decided that patients with mild symptoms would be allowed to stay in hotels and other facilities, possibly including Olympic accommodation, to relieve the burden on hospitals.

She also said there was a labor shortage at hospitals in Tokyo.

"It is a significant step to reduce the stress on medical facilities," Koike said, adding that Tokyo is bringing licensed former medical workers back into the workforce.