Goolsbee says the economy not in conventional business cycle 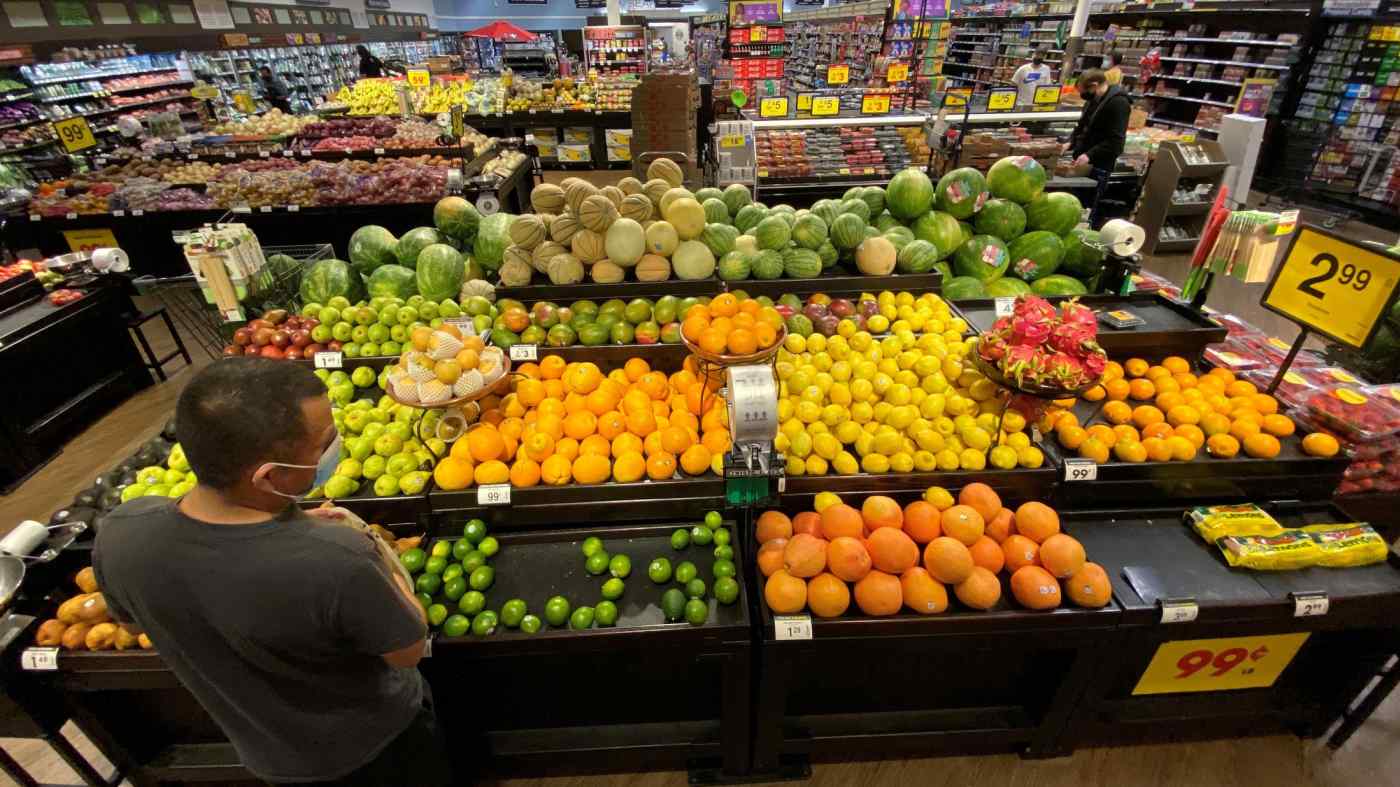 WASHINGTON -- A resurgent U.S. economy heading toward 7% growth has brought with it a return of inflation, as the June consumer price index rose 5.4% on the year for the highest 12-month rate since August 2008.

Are rising prices a blip or the beginning of a chronic problem that will shackle the American economy?

Austan Goolsbee, who served as chair of the Council of Economic Advisers during President Barack Obama's administration, sees little prospect for runaway inflation.

Goolsbee, now a professor of economics at the University of Chicago, spoke with Nikkei. Excerpts of the interview have been edited for clarity.

Q: How do you view the economy's sharp recovery in this business cycle?

A: I basically have said from the outset that I thought this would be completely different than a conventional business cycle. Normally, cyclically sensitive sectors like durable goods, consumer durables, would be one of the first things to go down.

[But in] this downturn, consumer durables shipped to consumers' houses were one of the only things they actually could purchase. A bunch of things that we thought were recession proof -- like health care spending and a bunch of personal services and food -- they led the downturn.

I think it very much depends what the time frame is. Going forward, do we mean for the quarter, for the year, for the next several years? But also looking backward, the tracking of the inflation rate -- the baseline -- makes a large difference, because we had such a strange experience at the outset of the pandemic last year.

The personal savings rate went as high as 30%. Now that the U.S. has gotten control of the virus via the big increase in vaccinations, there's likely to be a very strong consumer spending boom.

Q: Are we seeing the return of 1970s-style chronic inflation? Or is this temporary? Q: How do you see the acceleration of the inflation rate? The Federal Reserve sees it as temporary.

A: I had kind of a public debate with [former Treasury Secretary] Larry Summers about that. I know some economists believe this is kind of a repeat of the 1960s and '70s, that the economy is overheating and we're going to get permanent inflation from that.

Q: President Joe Biden's fiscal policy is on the path to another era of "big government," while the Federal Reserve is moving toward tapering and interest rate hikes. How will this policy mix impact the economy?

A: If you take the fiscal situation, there's two parts. There's kind of the [coronavirus] rescue plan, and then this infrastructure plan. The [March $1.9 trillion] rescue plan, I don't think it was stimulus. It was meant to be relief money, and the whole thing is temporary. If I pay somebody who is about to be evicted money that they can use to make their house payment, in the GDP sense the net impact is zero, because they're not even increasing their payment. They're just making their monthly payment that they always make.

A year from now, as that phases off, that's going to become a real headwind, where it's adding a significant negative to GDP.

The infrastructure plan, it feels like the administration has been arguing they want to pay for it by taxing high-income people. If it's paid for, then it has no fiscal impact.

On the Fed, of course they have to be mindful about long-run inflation. That said, [Federal Reserve Chair Jerome] Powell feels, to me, like he has outlined he's not going to overreact to short-term inflationary news.

It's worth remembering the chair is massively more important for what Fed policy is going to be than the regional bank presidents, many of whom are not even voting members of the Federal Open Market Committee in a given year. It's far more important what the chair thinks than what they report.

Q: What are the risks going ahead?

A: I'm in the "temporary" camp on inflation. If I and others were wrong, and it becomes sustained inflation, I think the Fed would have to act. They have a longstanding mandate, and they would start raising interest rates, and we would likely be sent into a kind of conventional recession.

And a conventional recession -- starting from a somewhat weak point because we were weakened by this pandemic, and [considering] the implications for the rest of the world if the U.S. began rapidly raising its interest rates -- I think that would also be a pretty tough scenario.

But by far the biggest risk is that some variant of the virus breaks through the vaccine, and we get back into an environment where there are a lot of people who are afraid of going out, afraid of interacting with each other. All of our expected rebound just doesn't happen, or is one-third the size of what we anticipate or want. I think that is a tangible, very substantial risk, though I still think it's low probability.

Q: Employment still has not reached prepandemic levels. Why?

A: I think that the virus and the danger of the virus is the main determinant. Secondly, it's a lot about child care, and the U.S. school system's shutdown and day care [and] child care shutdown. Most of these workers didn't have paid leave or anything like that, and so there are a lot of people who could not stay in the labor force because they couldn't leave a 6-year-old kid at home. The third is that unemployment insurance is very generous, so there are a bunch of people who would refuse to go back to work.

If it were just unemployment insurance, then, as you say, the unemployment insurance is phasing off. A bunch of states got rid of it, and the whole thing is going to go away by September. So that would be a scenario where [we] say, "Hey, we should just be optimistic, because everybody's about to come roaring back."

And the other is, you saw a bunch of retirements of older workers. Not over-65, though some of them are over 65, but in this kind of 59-65 age range, they disappeared from the labor force. And this question is: "Are they permanently retired, or if the job market comes back strong are they going to come back?" We don't know the answer to that. But that one, I think, is quite important.