US is a mess but China isn't the solution: Niall Ferguson 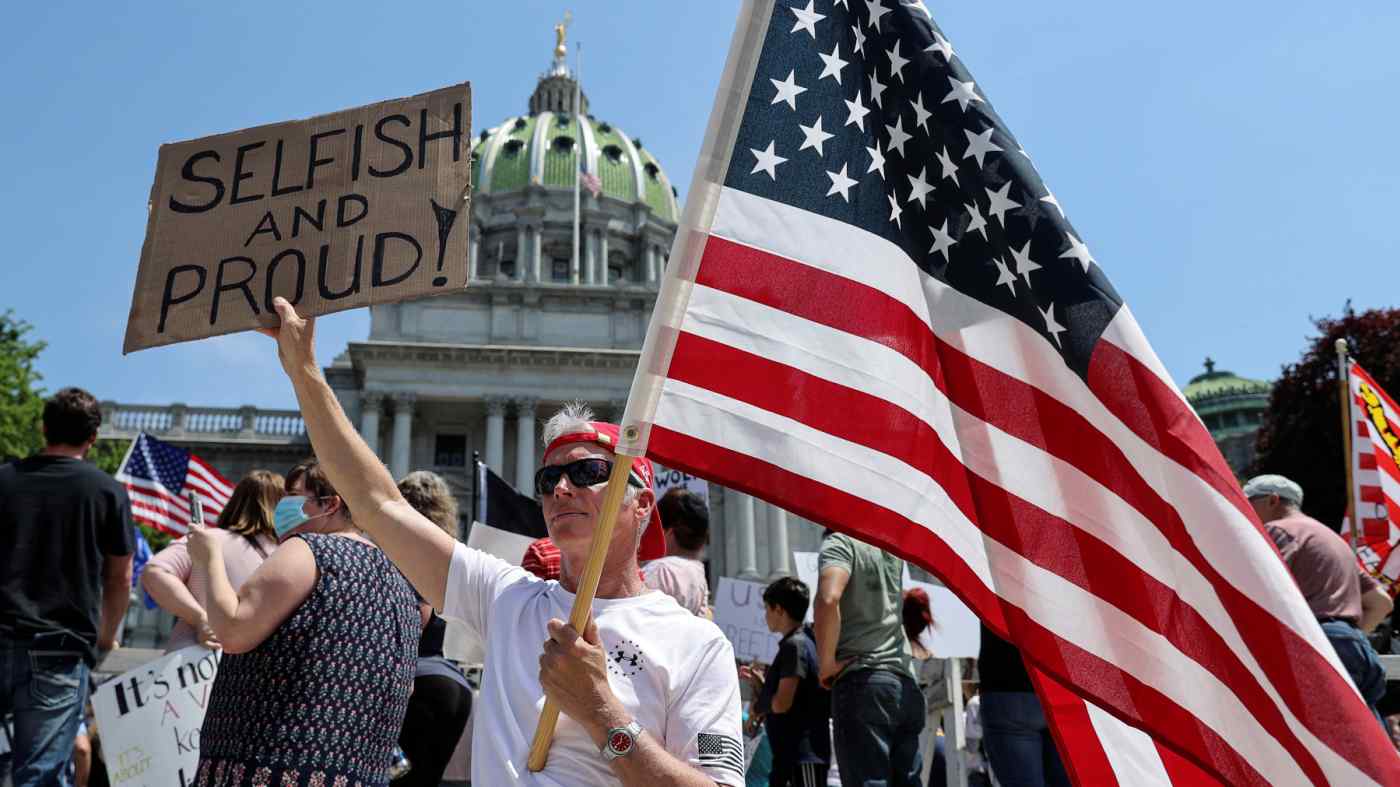 A supporter of President Donald Trump holds a U.S. flag during a protest against coronavirus restrictions outside the Pennsylvania State Capitol Building in Harrisburg, Pennsylvania on May 15.   © Reuters
TAKENORI MIYAMOTO, Nikkei staff writerMay 21, 2020 06:23 JST | China
CopyCopied

NEW YORK -- Despite growing speculation that China will emerge as the leading superpower in the post-pandemic world, both Beijing and Washington made big mistakes in their coronavirus response and are unlikely to trade places on the global stage, renowned historian Niall Ferguson tells Nikkei.

Ferguson said in a recent interview that smaller nations like South Korea and Israel were much more effective in containing the virus, and that the world's superpowers will need to do some serious soul-searching. But he also showed optimism over the U.S. ability to learn from its failures and prevent another crisis like this one.

The Scottish-born historian is a senior fellow at Stanford University's Hoover Institution. He is the founder and director of Greenmantle, a macroeconomic and geopolitical advisory company, and has written extensively about the rise and fall of global powers. 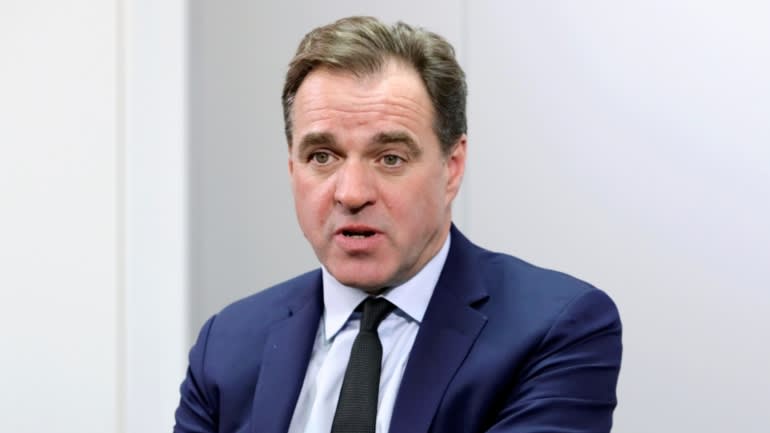 Niall Ferguson told Nikkei that the U.S. will learn valuable lessons from the coronavirus outbreak.

Q: The pandemic has highlighted many weaknesses in the global order. What are some key takeaways from the coronavirus?

A: The real lesson here is not that the U.S. is finished and China is going to be the dominant power of the 21st century. I think the reality is that all the superpowers -- the United States, the People's Republic of China and the European Union -- have been exposed as highly dysfunctional.

The real success stories are  ... Taiwan, South Korea, Iceland and Israel. That's important, because it shows that in a crisis like this, there are "diseconomies" of scale. Small is beautiful in a pandemic.

So I think the big states have to go and learn some pretty important lessons about how they run themselves. This has been a terrible failure of governance at the level of the big states in the world, and the triumph for the small, and I might say the paranoid. It's no accident that Israel and Taiwan and Singapore have done well. They have reason to worry about their defenses -- not just against pandemics, but generally, because Taiwan is something of an outcast in the international system.

Q: The U.S. has not taken the lead in the global response to the coronavirus. Do you expect the outbreak to tip the geopolitical scales in favor of China?

A: The pandemic has become a global crisis because of a fundamental systemic failure of the Chinese system, rather reminiscent of the Chernobyl nuclear disaster in the Soviet Union. It's pretty clear that something went terribly wrong in the city of Wuhan, in probably November. Then it continued to go wrong through December as people began to suffer from the new coronavirus. Even in January, there was a cover-up of the crisis.

China is trying to claim that it's going to save the world with cheap masks and ventilators. I think there's a lot of skepticism around the world about that, and rightly so.

I think at the end of the pandemic crisis -- by the time we get to the middle of next year, say -- China will have recovered economically more quickly than other places. But I don't think China will have greatly enhanced its international position. And I think there would also be serious questions asked about the leadership of [Chinese President] Xi Jinping.

Q: Do you think American influence in the global community will recover?

A: The argument I've made for years is that the United States risks imperial decline. It has been risking it since 2003, maybe even before then. It suffers from a major fiscal imbalance. It lacks many of the qualities that one would look for in a dominant power. Its politics are in a terrible mess, partly because Americans have confused politics and show business, and partly because the administrative state has malfunctioned in its most fundamental function, which is to protect citizens.

So there is a problem, but I just don't think China is the solution. I think the Chinese system has its own pathologies, which the pandemic has revealed.

As 2021 arrives, and the vaccine is found -- who finds the vaccine? That's a very important question. My money is on an American company. I think it will be a U.S. company that comes up with the winning vaccine, not a Chinese company.

History tells us that the U.S. is quite good at learning from its mistakes. After 9/11, if nothing else, it created a very successful system of protecting Americans from terrorism. There were no other major terrorist attacks on the scale of 9/11 after that. So I think the U.S., after making a real mess of it, will be quicker to straighten out its problems than China or Europe.

Winston Churchill famously said, "The United States always did the right thing when all the alternatives have been exhausted." I fully expect that to be true here. The U.S. has made a great many mistakes, but it has a system capable of learning from those mistakes.

Q: What are your thoughts on technology's role in fighting a pandemic like the coronavirus?

A: There's obviously a danger that to control a virus like this, you need universal testing, very ubiquitous testing, and you need contact tracing using technology. And ultimately, you need a mandatory vaccination when a vaccine is available. All of these things are, one might think, incompatible with individual freedom. But remember, in the crisis, in a national emergency, free societies do limit individual liberties. That was true in the World Wars.

What's very clear from the Taiwanese case is that you can have an app that alerts you to an infected person in your social network without necessarily giving the state a power of George Orwell-type surveillance, if you design it properly.

A crucial thing we need to learn from Taiwan is that on this kind of issue, individual data is the property of individuals and not of governments, nor of technology companies. Taiwanese, I think, are seeing how crucial it is in a 21st century society that individuals should own their data and should only give up their data in very specific cases, such as a virulent disease like COVID-19.