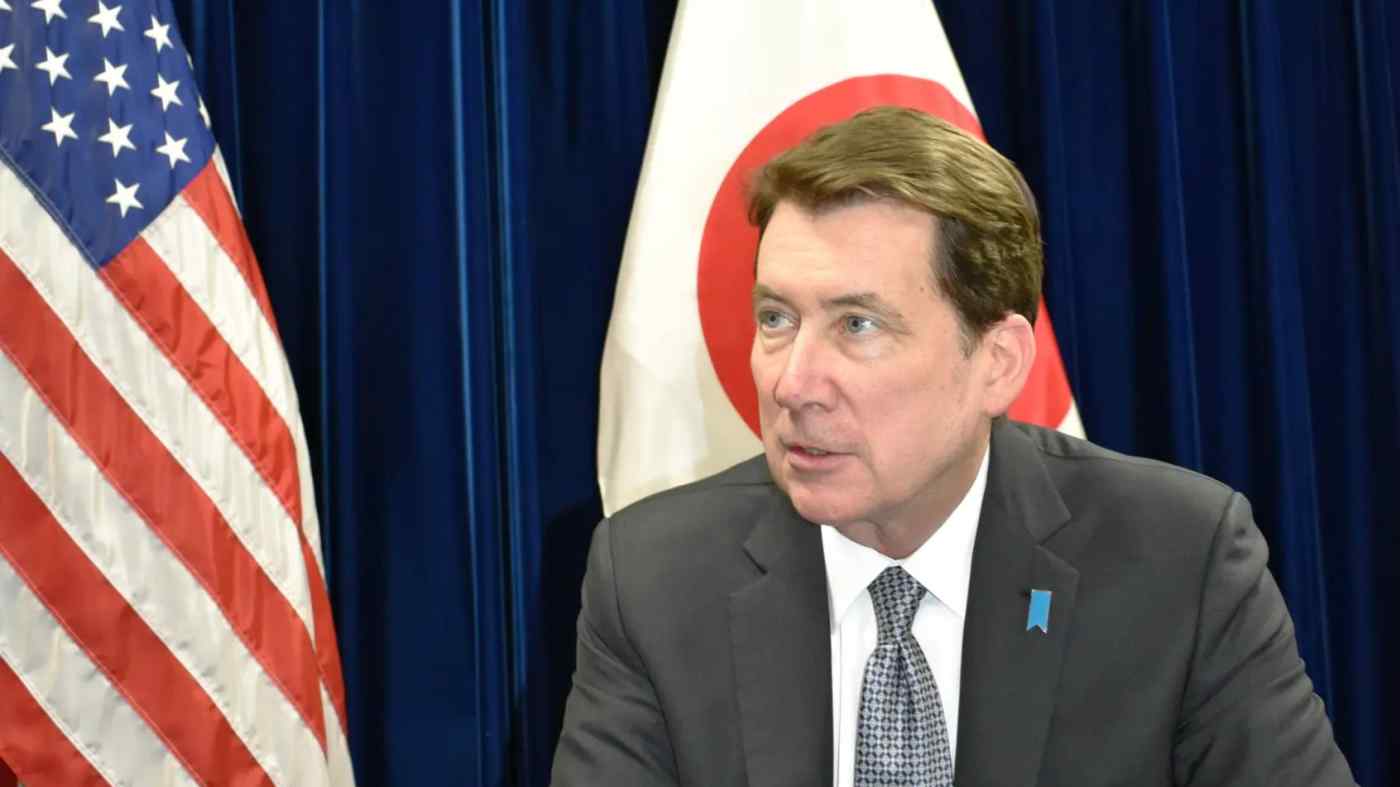 TOKYO -- America will not let its agricultural exporters be "hurt" by Japanese deals that currently offer better terms to other trade partners, U.S. Ambassador to Japan William Hagerty told Nikkei on Wednesday.

Hagerty cited Japan's economic partnership agreement with the European Union and the revamped Trans-Pacific Partnership, which both took effect in recent months, lowering tariffs on a wide range of goods. "By implementing these agreements before addressing our bilateral trade relationship, Japan is effectively redistributing market share away from its strongest ally, the United States," he said.