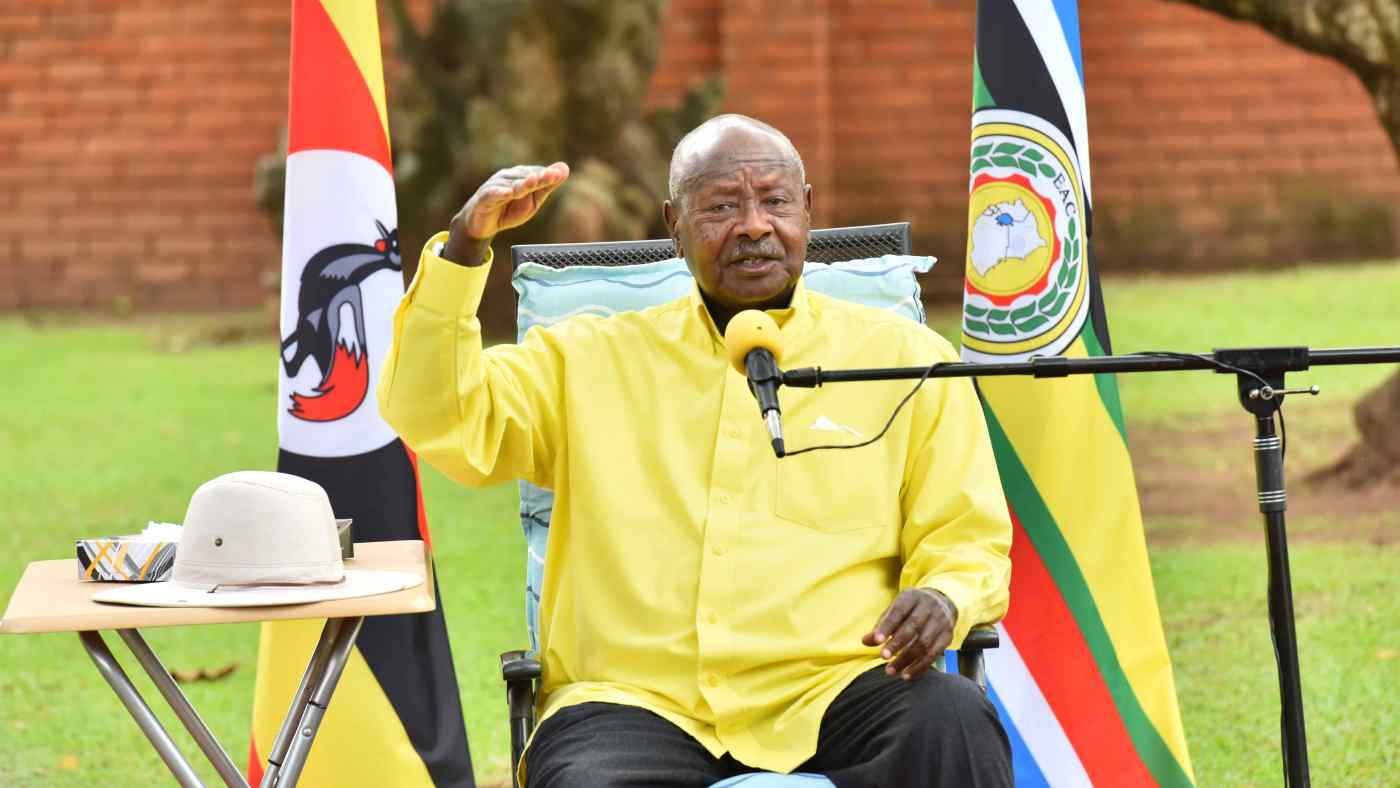 KAMPALA, Uganda -- The president of Uganda sees "double standards" in the Western response to the war in Ukraine, and says China's approach of not interfering in others' domestic affairs is "much better."

President Yoweri Museveni, in an exclusive interview with Nikkei, explained his government's stance on Russia's invasion by pointing to an earlier crisis involving Moscow and Washington. He drew a parallel between the Kremlin's concerns about NATO and American fears of Soviet missiles in Cuba in 1962.