Venezuela's Juan Guaido asks China and Russia to back him 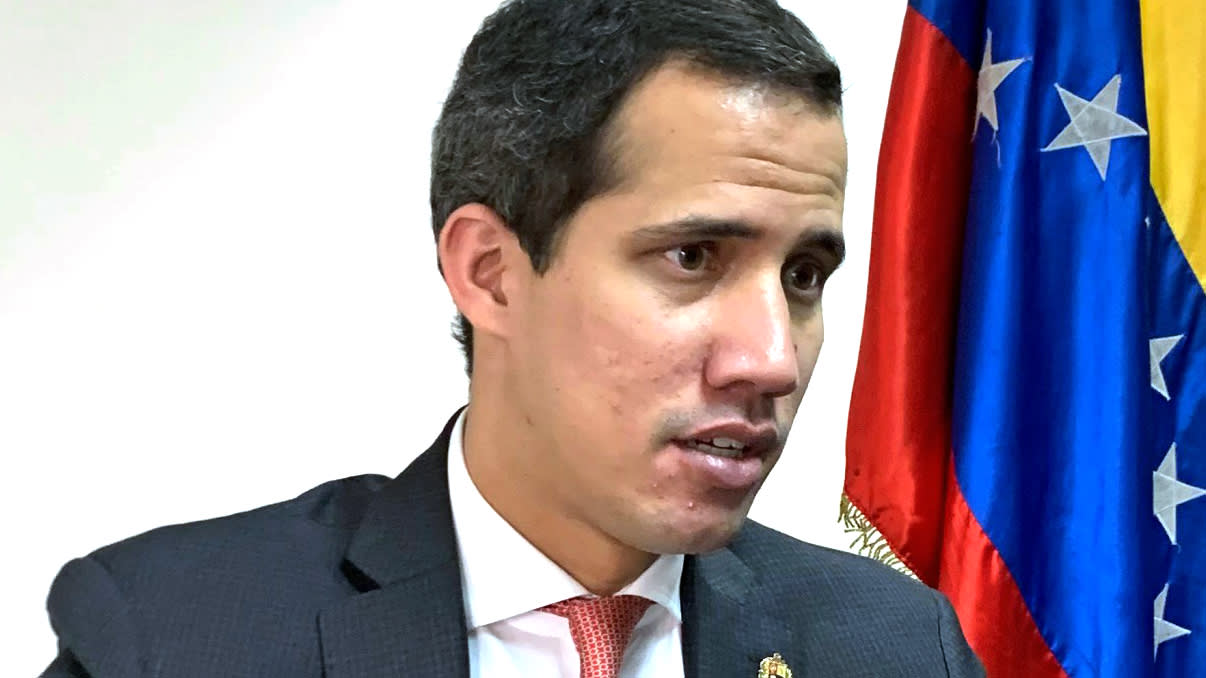 CARACAS, Venezuela -- Opposition leader Juan Guaido has urged China and Russia to back his bid to govern this South American nation and pull their support for President Nicolas Maduro.

In an interview with Nikkei in the capital of a nation beset by hyperinflation, Guaido, president of the opposition-controlled National Assembly, said his new administration would offer "a possibility of a rapid economic recovery and investment."

The country's economy has been disintegrating under Maduro's autocratic rule.

Guaido in January declared Maduro a usurper and assumed a rival interim presidency that has been recognized by dozens of countries. He is seeking to persuade China and Russia, which have helped Maduro to stay in power, to change their minds by stressing potential economic benefits.

After the administration of U.S. President Donald Trump slapped sweeping sanctions on Venezuela's state-owned Petroleos de Venezuela, the country's oil exports to the U.S. plunged. Russia and China have tried to support Venezuela by expanding their oil imports from the country.

Guaido said the country's economy is collapsing due to the current administration's "bad economic policies" and despite massive oil purchases by China and Russia. 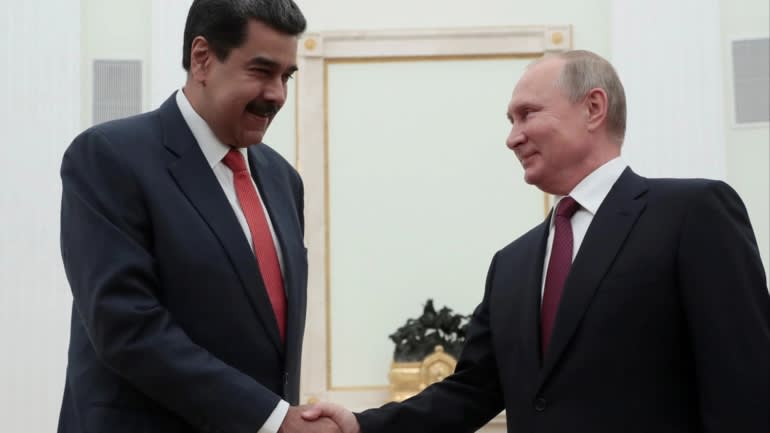 If Maduro continues ruling the nation, he warned, Beijing and Moscow will be unable to recover their investments and loans.

Maduro has been in office since 2013. In May 2018 he won a presidential election held after opposition leaders were jailed, exiled, banned or otherwise excluded.

The U.S. and more than 50 other countries have recognized Guaido's interim presidency.

Consequently, the country has two "presidents." Guaido claims he has become an interim president "according to the constitution" because the presidential election in May 2018 was invalid. Venezuela's constitution says that in the event of a presidential vacancy, the presidency falls to the head of the National Assembly until a new election is held.

Amid the crippling political paralysis, the ruling and opposition parties had been negotiating with mediation help from Norway. But Guaido declared an end to the talks on Sept. 15.

He told Nikkei that he terminated the dialogue because Maduro's regime had left the negotiations. The talks "did not achieve any result," he said.

The opposition leader indicated that he will not reopen the talks unless his demand for an early presidential election under free and fair conditions is accepted. On Sept. 16, Maduro agreed to continue talking to a few minor opposition parties, a move welcomed by Russia. Guaido accused Maduro of negotiating in bad faith and argued the only solution to the current crisis is the removal of the Maduro regime.

Maduro has the military's support, which has allowed him to maintain his grip on power despite the country's economic disintegration.

The Trump administration has imposed sanctions on top officials of Venezuela's government and military but has guaranteed that the sanctions would be lifted for defectors.

Guaido admitted that people are growing "tired" of protesting.

As for the human suffering brought on by the U.S. sanctions, Guaido said Maduro's continued rule would be worse. "The worst sanction that we Venezuelans have is Maduro," he said, stressing that the sanctions are "pertinent and necessary."

Researcher Carlos Camacho in Caracas contributed to this story.