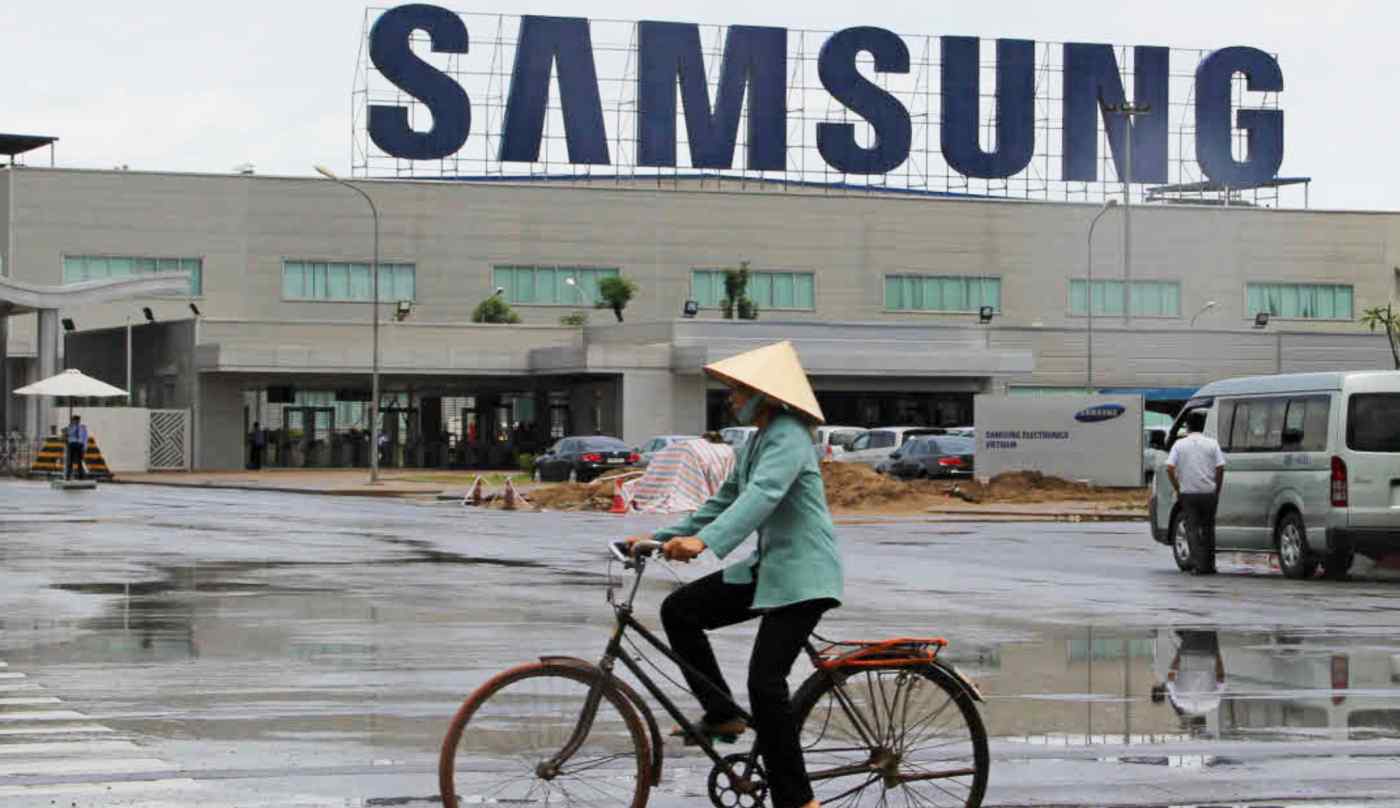 HANOI -- A unit of South Korea's Samsung Electronics has bought a 30% stake for more than $40 million in Vietnam's second-largest IT company CMC Corp. which hopes to use most of those proceeds to focus on developing the "internet of things" and artificial intelligence technologies.

CMC hopes this expanded partnership with Samsung, which has a global reach, will help to double its overseas sales to more than 30% of its total by 2023. CMC has been making computer systems and services related to internet of things for Samsung since 2016. Samsung has now completed the acquisition of a 25% stake in new CMC shares and the other 5% by buying on the Ho Chi Minh Stock Exchange.

Chairman and CEO Nguyen Trung Chinh said this commitment from Samsung will propel CMC to becoming a global company in the next five years.

Samsung Electronics' systems development arm, Samsung SDS, had said late July that it would buy the 25% stake for about 4 billion yen ($38 million). This made it one of the largest foreign investments in a Vietnamese IT company, although there are much larger acquisitions by overseas entities in other local sectors by value terms.

Chinh told Nikkei that Samsung had made the first move. "Our strategy is almost the same as that of Samsung's. The partnership will enable us to improve our technological levels and make swifter decisions," he said.

Samsung Electronics has two smartphone factories in Bac Ninh province and Thai Nguyen province in northern Vietnam and produces more than 150 million handsets a year. It also runs a home appliance factory in Ho Chi Minh City, with parts suppliers operating across the country. Samsung products account for about 25% of Vietnam's exports by value and the company has roughly 200 business partners in the country. CMC Chairman and CEO Nguyen Trung Chinh hopes the company can double its overseas sales to more than 30% of its total by 2023.

Through the tie-up, CMC and Samsung SDS are aiming to integrate their IT systems and use internet of things and AI to automate production lines. Once this model is established in Vietnam, "we can export it to other markets," Chinh said.

CMC wants to raise its annual sales by more than fourfold to 25 trillion dong ($1.1 billion) by 2023. It has an office in Yokohama and considers Japan its most important market, planning to increase the number of staff there tenfold to 500 by 2023.

Chinh also pointed to the potential he saw in Vietnam's IT sector. The government passed a cyber security law that came into effect in January requiring the personal data of domestic internet users be kept in the country. Chinh said that demand for security-related products and services will grow further, adding that the start of fifth-generation wireless communication services will also help the technology sector.

CMC was set up in 1993 to build computer systems for corporate clients and develop software in the U.S., Europe, Japan, China, South Korea and Southeast Asia. Sales in 2018 stood at 5.6 trillion dong, and pretax profit was 300 billion dong.

South Korean companies are making large investments in Vietnam at a time when Japanese private-sector investment in the Southeast Asian country is on the wane. Conglomerate SK Group agreed in May to invest about 110 billion yen to acquire a 6.1% stake in Vietnamese peer Vingroup.

Vingroup's business ranges from real estate to retail. It started automobile production in June and has an eye on entering the civil aviation business. SK Group also acquired a 9.5% stake in major food maker Masan Group in September 2018.

KEB Hana Bank also branched out, saying in July that it would acquire a 15% stake in the Joint Stock Commercial Bank for Investment and Development of Vietnam for roughly 95 billion yen.

Manufacturers are also spending lavishly in Vietnam. South Korea's top home appliance maker LG Electronics plans to cease domestic production of smartphones by the end of the year and double the annual production capacity of its factory in northern Vietnam to 11 million handsets.