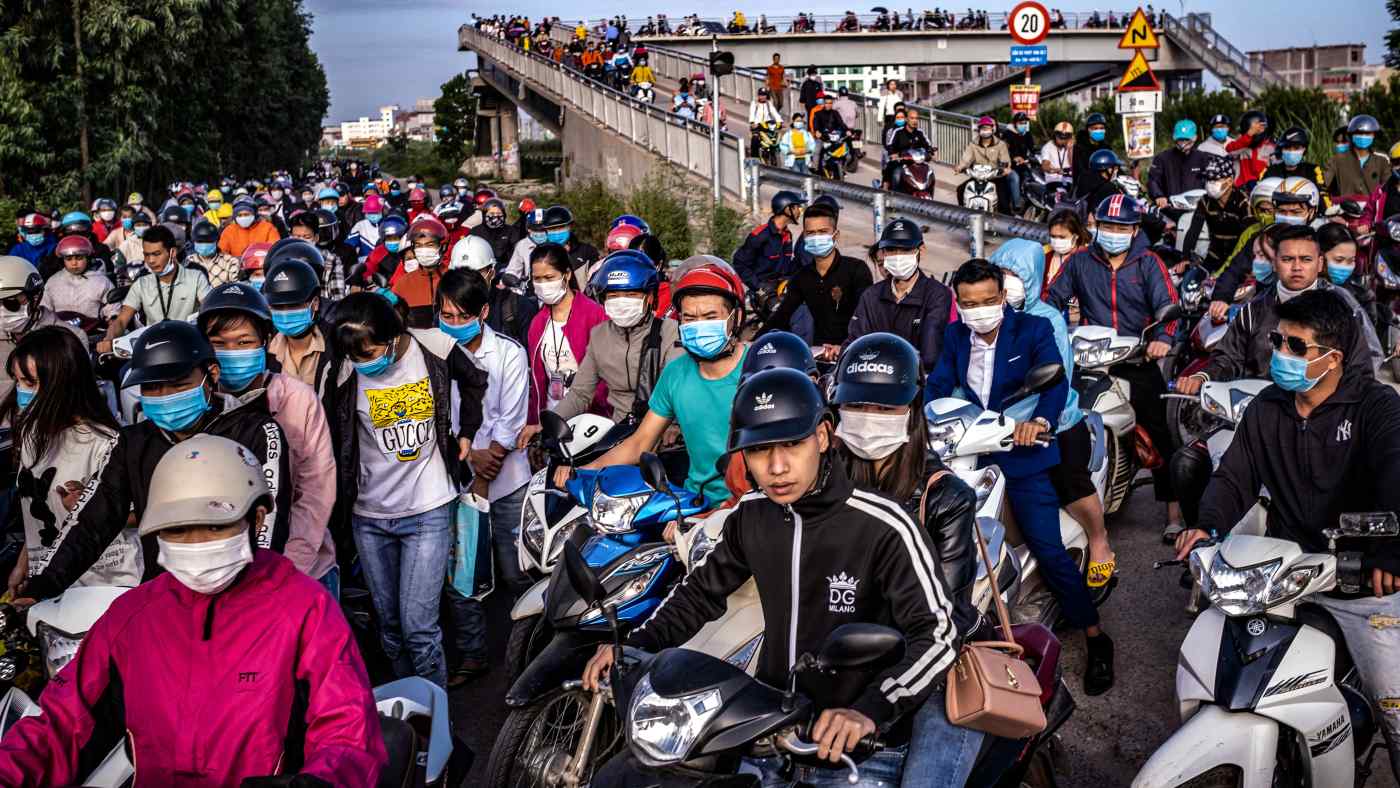 HANOI -- As Vietnam's northern manufacturing hub fights COVID-19 variants, the World Health Organization's main representative in the country is urging authorities and companies critical to supply chains to continue containment efforts because vaccinations of factory workers are falling behind needs.

Since late April, Vietnam has been struggling to contain multiple COVID-19 outbreaks at factories located in Bac Ninh and Bac Giang, two neighboring provinces near Hanoi, the capital. On Wednesday, authorities reported 241 new cases in the country, with 157 in Bac Giang and 31 in Bac Ninh.

Health Minister Nguyen Thanh Long shocked global investors on Saturday, hinting that a newly discovered variant could have contributed to outbreaks in the heart of the country's economic engine. Long said the government uncovered "a new COVID-19 variant" that combines characteristics of two existing variants first found in India and the U.K.

"There is no new hybrid variant in Vietnam at this moment based on WHO definition," Kidong Park, the WHO representative in Vietnam, told Nikkei Asia on Wednesday in an online interview.

"The variant detected is Delta variant, with additional mutations, and needs more observation. We need to monitor during next couple of weeks," he said referring to the newly labeled "delta" variant which was first detected in India and appeared in other countries.

"This is within the existing [delta] variant. It is an additional mutation" Park explained, adding "as for now, there is no alarming alert from WHO.

Park also stressed the delta variant is dangerous as it is highly contagious and spreads very quickly. Son Nghiem, a senior research fellow at Griffith University's Centre for Applied Health Economics in Australia, agreed there is no need for new WHO alert at this time. "To my knowledge, the Bac Giang and Bac Ninh outbreaks were mostly associated with the Indian variant," Nghiem told Nikkei Asia last week.

Park said it is difficult to tell when Bac Giang and Bac Ninh, home to factories for international manufacturers including Samsung Electronics, will be able to end the outbreaks.

Since late April, more than 400 companies -- with 65,000 workers -- have halted production in Bac Ninh. In Bac Giang, four out of six industrial parks were forced to shut down on May 18, affecting at least 140,000 workers. Local authorities also ordered COVID-hit factory operators to keep workers inside facilities to contain the virus. Employees were asked to eat, sleep and work in factories, with tents set up as temporary accommodations. 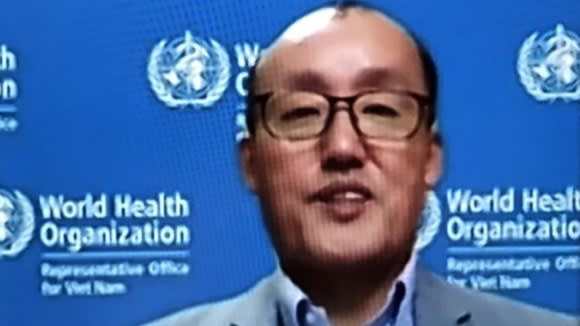 Kidong Park, the WHO representative in Vietnam, spoke with Nikkei Asia on June 3 about mounting pandemic concerns in the country. (Photo by Nguyen Van Anh)

Since vaccinations for factory workers just started this week in the two provinces, authorities and operators will have to continue stringent containment measures including testing, contact tracing and isolation "for a certain period of time," Park said.

Vietnam had been one of the most successful countries in preventing the spread of COVID-19 since the pandemic began. The challenge now is to accelerate vaccinations amid a shortage of doses as Asian economies rush to secure supply.

"COVAX is one of the solutions," Park said, referring to the WHO-backed global vaccine sharing program. "The shortage crisis happened in March and April, mainly due to the outbreak in India. India is a main producer of COVID-19 vaccines but it had to stop exporting the vaccines, even via COVAX."

But COVAX facility's commitment to providing vaccines to cover 20% of the members' population by end of this year remains valid, he said. Vietnam is a member of COVAX.

COVAX is led by Gavi, the World Health Organization and the Coalition for Epidemic Preparedness Innovations, which aims to secure vaccines to achieve equitable access, particularly among developing countries.

Meanwhile, foreign residents have called on the Hanoi government to ease quarantine regulations for investors and workers who have been vaccinated in their home countries as Vietnam in May extended the mandatory quarantine for people arriving from 14 days to 21 days.

Park said there were a few people who entered in Vietnam who developed symptoms after two weeks of quarantine.

"That is why the Government has to take provisional measures to extend the quarantine period," he said, adding that authorities are in the process of reviewing the conditions.