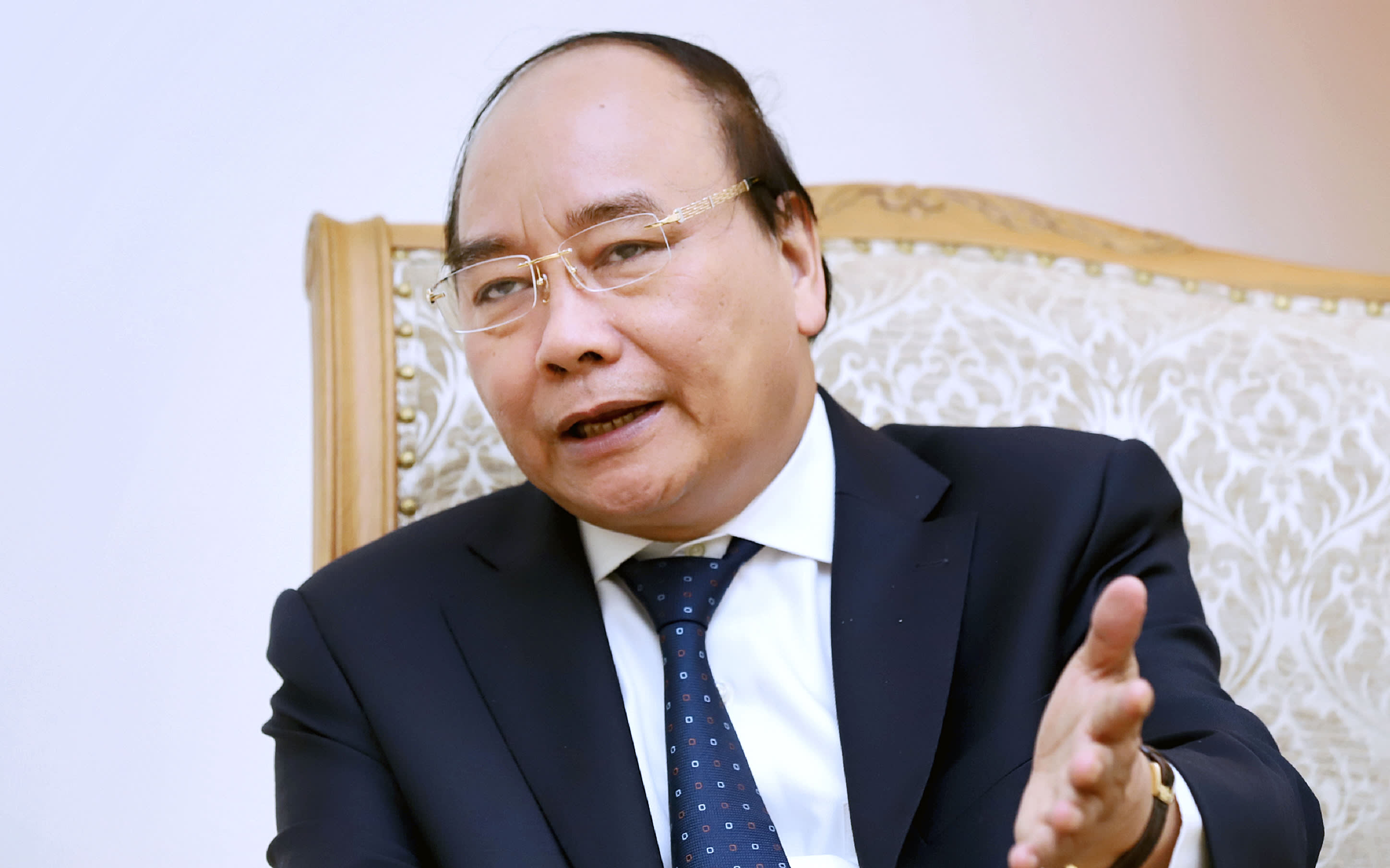 The 11 countries, which include Vietnam and Japan, have reached a broad agreement on pursuing the trade pact even without Washington's participation. "The successful TPP 11 negotiations are an outcome of Japan's and Vietnam's devotion, as both parties played a difficult role as co-host countries," Phuc said. Tokyo and Hanoi must continue striving toward inking a comprehensive, sophisticated pact, he said.

Phuc spoke with Nikkei Inc. President and CEO Naotoshi Okada as well as Tsuyoshi Hasebe, editor-in-chief of The Nikkei.

The Vietnamese leader revealed that he had received a letter from Japanese Prime Minister Shinzo Abe prior to the TPP 11 agreement. Their close relationship seems to have played a key role in advancing the talks at the Asia-Pacific Economic Cooperation summit held recently in Vietnam, where participating countries clashed heavily.

Phuc also said he initiated a meeting with Toshimitsu Motegi, Japan's minister in charge of the TPP. When Motegi asked why Phuc was so passionate about the trade deal, he explained that he was fully committed because of his close ties with Abe.

Regarding President Donald Trump pulling the U.S. out of the TPP under his "America first" policy, Phuc urged him to rejoin the framework in order to "secure other member states' and its own interests."

The Vietnamese leader said he spoke with Abe on how to persuade Trump to rejoin, showing a strong interest in luring Washington back into the fold. Should the U.S. return to the TPP, the pact's members would account for 37.5% of the world's gross domestic product, 11.3% of the global population, and 25.7% of total trade -- double to triple the figures for the TPP 11.

While Trump appears unlikely to change his mind, Japan and Vietnam plan to enlist other countries in their efforts to persuade him on the TPP.

The U.S. looks to Vietnam's "growing middle class as a key market for American goods and services," Trump had said on his recent trip here, while also stressing the need for "fair and reciprocal trade." With Vietnam running the biggest trade surplus with the U.S. in Southeast Asia, Trump could demand harsh terms in negotiations for a proposed bilateral trade agreement.

Phuc on Wednesday also discussed the reform of state-run enterprises, one of Vietnam's biggest economic concerns. "We want foreign companies to hold stakes in Vietnamese state-owned enterprises," he said, expressing a hope that foreign shareholders will also serve as strategic investors that provide management know-how.

"We want Japanese strategic investors to drive reforms at Vietnamese SOEs," he said.

Phuc also commended Abe for raising the topic of the South China Sea -- where the Japanese leader's call for the rule of law rebuked Beijing's expansionism -- at the Association of Southeast Asian Nations summit Monday in Manila.