WTO can reform, says chief Azevedo in response to Trump GENEVA -- The World Trade Organization wants to pursue dialogue with an increasingly critical U.S. to achieve reform in a range of areas, including its consensus-based decision-making process, Director-General Roberto Azevedo told Nikkei.

"If the WTO is to shape up, I think it's a welcome development," Azevedo said, referring to U.S. President Donald Trump's threat last week to leave the organization "if they don't shape up."

Discussions are necessary for the body to be more responsive to the needs of members, and "I think this conversation has already started," Azevedo said, noting discussions among the U.S., Japan and the European Union as well as between the EU and China.

The complaints from Trump came as no surprise to Azevedo. "I have very open channels of conversations" with U.S. Trade Representative Robert Lighthizer, he said. "We talk about this all the time."

Lighthizer, supported by Tokyo and Brussels, has pressed for change to force China to stop subsidizing domestic industry. The WTO bans export-promoting subsidies and requires notification for other subsidies. But China did not report massive subsidies to steelmakers, measures that fed a wave of overproduction that overwhelmed global markets. Beijing has said it cannot get a full picture of this support, as it is provided by governments below the central level. 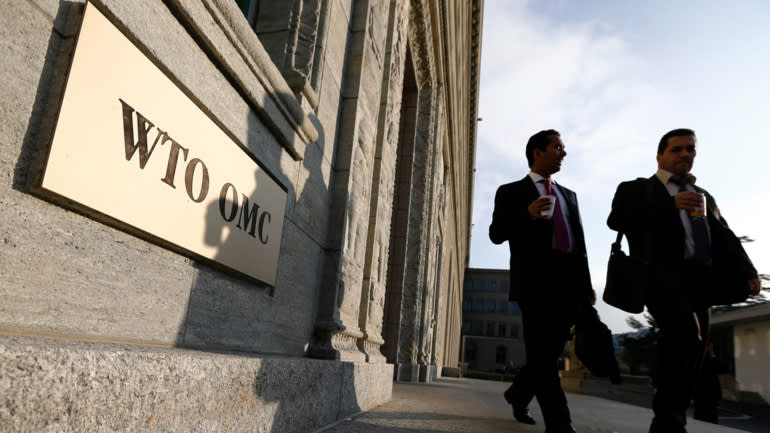 Decision-making is one area where Azevedo noted room for improvement. Decisions require the consent of all 164 member countries -- a rule meant to ensure that emerging nations have a say and are not saddled with disadvantageous deals.

But consensus has grown tougher to reach as more countries have joined the WTO. Emerging economies such as China, India and Brazil often fail to find common ground with the U.S. and other developed nations.

Azevedo indicated that he looks to maintain the unanimous-consent system, saying that "there are many ways" to reach agreement among members.

He sees plurilateral agreements among smaller groups of countries, particularly in information technology, as one alternative. An example is the Information Technology Agreement, signed in 1996 and expanded in 2015, which committed countries to eliminate tariffs on digital products.

Changes to decision-making would address one of the main U.S. complaints about the WTO. Washington has been frustrated by the organization's inability to adequately address intellectual property rights and other new issues in the more than two decades since its creation. And the entry of more emerging countries such as China and Russia into the WTO has threatened America's traditional leadership role in rule-making.

Azevedo expressed concern about the U.S. blocking appointments to the WTO's appeals body over perceived problems with the dispute settlement system. The body will be reduced to just three members -- the bare minimum needed to function -- when the four-year term of one member ends this month.

The WTO chief said he has urged Washington to offer specific reform proposals. His concern is that the conversation is "going too slow" -- losing just one more member would leave the appellate body unable to operate, he said.