Malpass says it will take years for global economy to recover 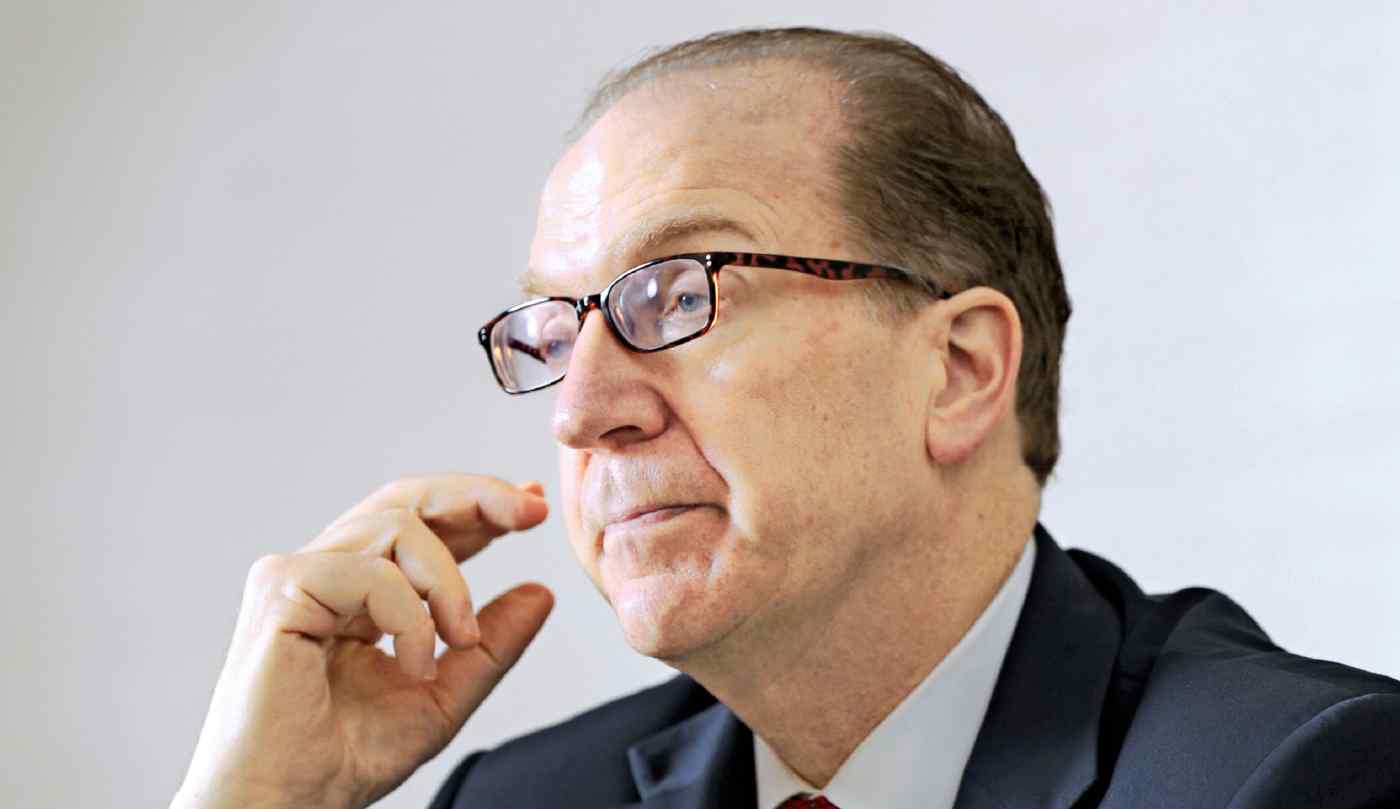 World Bank President David Malpass said in the interview, "As the pandemic struck, all of these burdens got heavier on the people of the country. The challenge is to provide some lasting debt relief, and that means a reduction in the net present value of the debt itself, and also to get all of the creditors to participate."
TAKESHI KAWANAMI, Nikkei staff writerNovember 24, 2020 17:02 JST | North America
CopyCopied

WASHINGTON -- In an exclusive interview with Nikkei, World Bank President David Malpass predicted that it would take several years for the global economy to recover to pre-crisis levels.

Q: At this year's Group of 20 summit there was a new agreement on restructuring government debt for low-income countries. Is this debt potentially a huge risk for the world economy and the financial market?

A: It's a huge risk. Even before the pandemic, many of the poorest countries had taken on so much debt that it was undercutting, it was impeding, their ability to attract new investment.

As the pandemic struck, all of these burdens got heavier on the people of the country. The challenge is to provide some lasting debt relief, and that means a reduction in the net present value of the debt itself, and also to get all of the creditors to participate. That means the private-sector creditors who, by and large, have simply continued to take payments.

The reason that's important is because the resources needed for the debt payment are resources that are needed to fight the pandemic. Health resources. So there's a direct trade-off between the debt payments and the country's ability to support people in need.

As we move forward into 2021 and 2022, one of the important things is that market access be done in a transparent fashion. Market access had been available to developing countries often on terms that were not favorable to the people of the country.

Through transparency, the people of the country know what is in the contracts that are being signed by their leaders. And, in that way, there will be constructive access to markets that can actually help the country grow.

However, for the poorest countries, that has not been the case. There hasn't been bond issuance from sub-Saharan Africa, for example.

Q: Is there any guarantee that China will actually implement the terms of the agreement? Are you concerned about that?

A: It's important that all of the official bilateral creditors participate fully. I was pleased to see, this week, in Zambia, the China Development Bank suspended the interest payments for Zambia, which will provide cash-flow relief for Zambia.

But China's interest rates are substantially higher. In Ecuador, the China loans are at over 7%. The World Bank loans, as you know, are at very low levels now because they're at Libor (currently 0.3% annually) plus a fee.

Q: The World Bank's baseline forecast for global GDP is a 5.2% contraction this year. How do you see the future path of the world economy?

A: I think 2020 has turned out a little less bad for some of the advanced economies, so we'll be adjusting our forecast for 2020 to be somewhat less negative than the June forecast. But, for many of the developing countries, and especially the poorest countries, the shrinkage has been worse than earlier expectations.  And so, it continues to pose a major challenge for those countries.

As we look to 2021, there may be a recovery but it still looks as if it will take some years to get back to the pre-pandemic level. What we are working hardest on is to create a foundation for more resilience in the recovery. That means the administration and distribution of a vaccine will be very important, once the safe vaccines are available. And then also, beginning to work to reopen schools and to reopen markets that have been closed during the pandemic will be very important.

Q: How do you see the Asian economy?

A: In Indonesia the growth numbers have been less negative than had been expected, and there are signs of a recovery really taking hold, which is good. The Philippines has seen some progress, although COVID is still a major factor.

All of the countries [in Asia] are being helped by the recovery in China, because of the close trading relations. And I take note of the Regional Comprehensive Economic Partnership that was reached last week, which will tend to expand trade.

I do have concerns with regard to some of the Asian countries because the debt burden in some of the countries is very heavy and I think it needs to be looked at from a sustainability standpoint.

Q: What can the World Bank do to help the development and distribution of safe coronavirus vaccines to developing countries?

A: In April, we set up a fast-track, emergency health support for the poorest countries, which now have reached 112 countries across the developing world. It provides financing for things like face masks and emergency room equipment. We've expanded that now with up to $12 billion of financing that countries can use to buy vaccines and therapeutics and to support financing of the distribution systems in the countries. This is for countries that don't have access to vaccines otherwise.