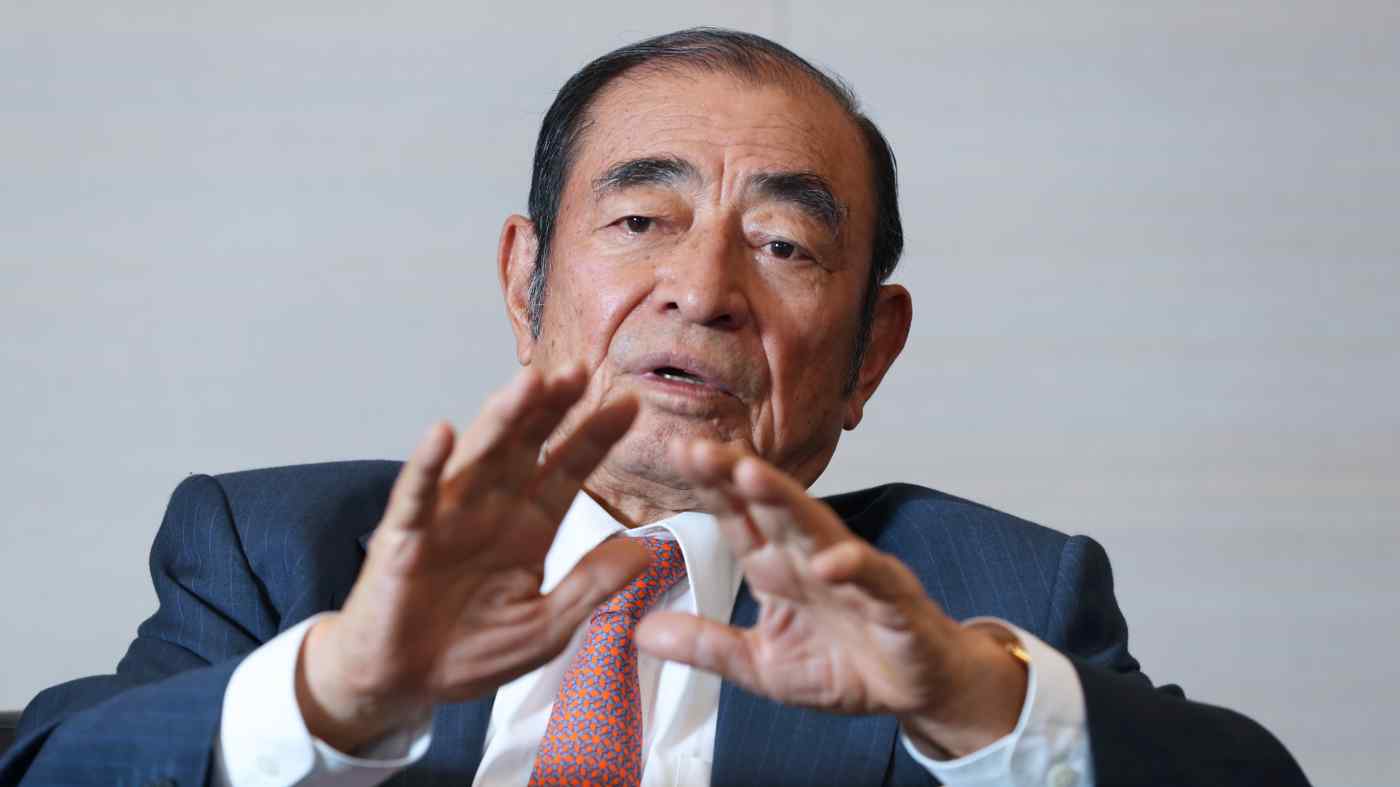 TOKYO -- Gaining control of U.S. copier pioneer and long-term partner Xerox will be "a game changer" for Fujifilm Holdings, enabling the Japanese company to develop products much faster at lower cost and distribute them around the world, its chairman and CEO Shigetaka Komori said in an interview with the Nikkei Asian Review on Thursday.

The deal is aimed at simplifying the complex partnership arrangement between Fujifilm, Xerox and their 56-year-old joint venture Fuji Xerox. "The combination will create synergies and produce cost savings worth $1.7 billion a year," Komori emphasized in the interview at Fujifilm's Tokyo headquarters.

Under the current arrangement, Fuji Xerox's operations are restricted to the Asia-Pacific region, and those of Xerox to Europe and North America. By allowing them to operate as one company and unify their product development and marketing operations, "it would become much easier to increase market share," Komori said.

The copier and printer market is now a mature one and is not expected to grow quickly, even taking into account demand from emerging markets such as China and India, as more work shifts from paper-oriented to digital. Komori predicts that only the strongest companies with a large market share will be able to survive in this market.

The combination, if approved by U.S. regulators and Xerox shareholders, will create a copier maker on the same scale as industry leader HP, while eclipsing Fujifilm's home rivals -- Canon and Ricoh.

Fujifilm takes over the driver's seat at Xerox

Under the deal announced on Wednesday, Xerox will fully acquire Fuji Xerox, while Fujifilm will take a 50.1% share of Xerox and change the name of the U.S. company to Fuji Xerox.

The transaction does not involve any cash payment by Fujifilm, because the Japanese company will make the purchase by utilizing the unrealized profit on its 75% interest in Fuji Xerox.

The news was received positively by the stock market. Shares of Fujifilm closed up 12% at 4,698 yen on Thursday in Tokyo, while Xerox shares gained over 4% to close at $34.13 in New York on Wednesday.

However, credit agency Moody's Investors' Service said it will put its A1 debt ratings for Fujifilm on review for possible downgrade.

"The review for downgrade reflects the potential that Fujifilm Holdings' business profile will weaken, due to its larger exposure to the declining document business," Moody's said on Thursday.

Its U.S. peer, Standard & Poor's, said in contrast that it will maintain its AA minus rating on Fujifilm.