Founder tempers VR and crypto ambitions with awareness of risks 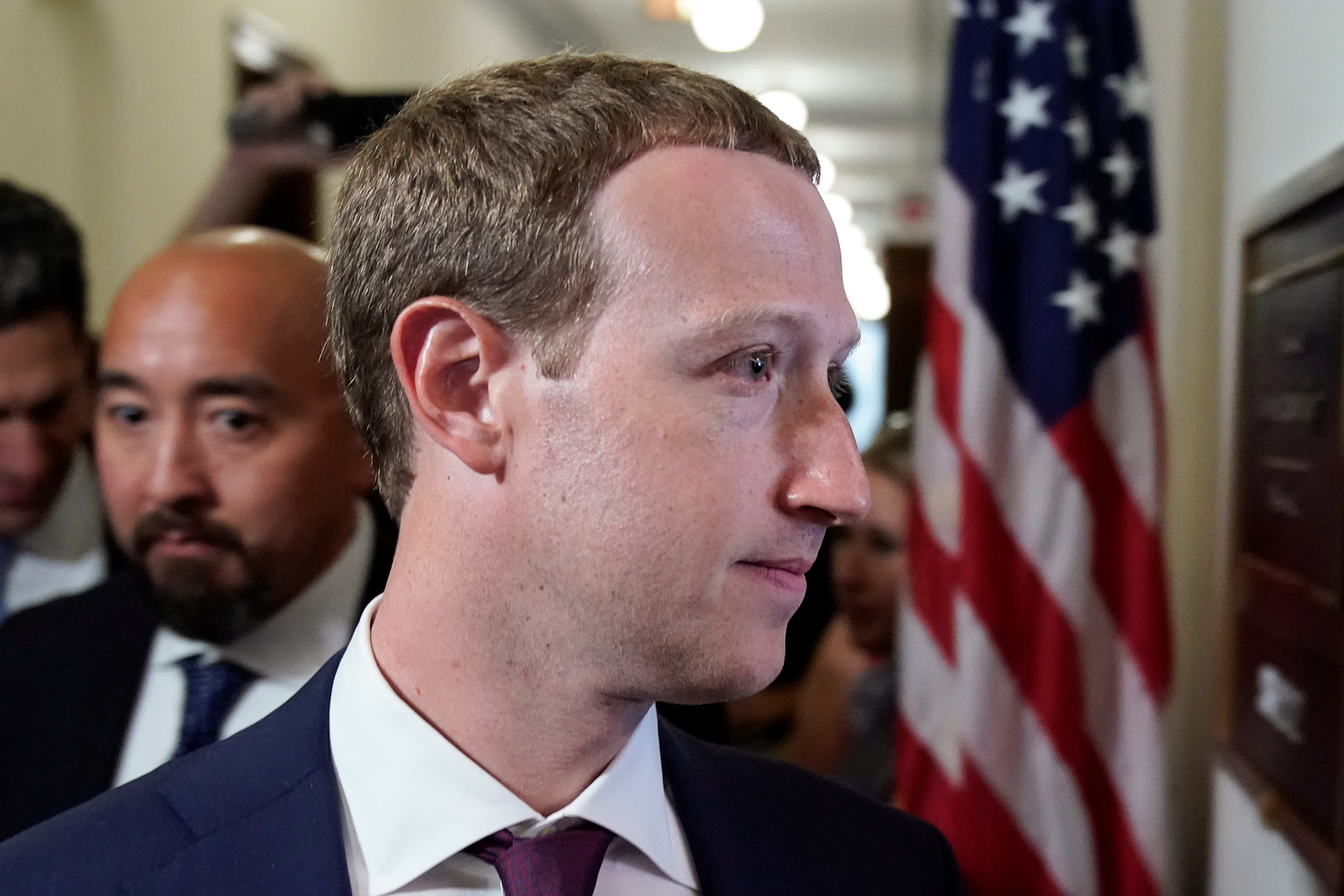 MENLO PARK, U.S. -- After a string of bruising scandals that eroded trust in Facebook, the company famed for its "move fast and break things" ethos is taking a look-before-you-leap approach with new technologies such as virtual reality and cryptocurrency, according to CEO Mark Zuckerberg.

"In the last few years, there are a lot of important social issues that Facebook and the other big internet companies are really at the center of in society," Zuckerberg said in an exclusive interview with Nikkei at Facebook's headquarters here in Silicon Valley.

He readily acknowledged that "we were behind [in] doing some of the work that we needed to do" in areas such as protecting privacy, ensuring users' well-being and preventing election interference.

The social media behemoth has been grappling with consequences from its unprecedented growth and the rise of the data economy it pioneered. Issues including the Cambridge Analytica data leak and the democracy-threatening spread of "fake news" have sparked outrage and distrust among many users.

Zuckerberg, wearing his signature attire of a T-shirt, jeans and sneakers, strove to shed some of his "disrupter" image and show that he and Facebook have matured and learned from these challenges.

The company has undergone a "big focus shift" to address risks more proactively, according to the CEO.

In the past, "more of our approach was, OK, let's build a tool," and "when we see people using something in a bad way, let's work to block that," he said.

"But I think the reality now is that so many people use these tools that we can't wait until we release something to start working on mitigating bad uses of it," he continued. "We have to be ahead of that." He called for steps such as building artificial intelligence systems to help identify and take down potentially dangerous content rather than waiting for users to report it.

Yet "at the same time, I've also wanted to make sure that we keep on innovating and advancing the state of the technology, even as we work on these big social issues," Zuckerberg said.

He spoke at length about his vision of using virtual and augmented reality to transform communication, as part of Facebook's stated mission of helping people connect. "For the first time, the technology helps you feel like you're there with another person," he said.

This extends to the working world. "There are talented people everywhere, but opportunities are very concentrated, usually in cities," Zuckerberg said.

But in the future, with VR technology, "I think you'll get to pick where you want to live and what kind of community you want to be in, but you'll be able to access the kind of opportunities that you want anywhere," he said.

"I do think that will have this profound equalizing effect on society" and will be "very important for the economy overall."

But concerns have been raised about the massive amounts of data VR systems can generate on users' body and eye movements, for example. Zuckerberg sought to allay some of these concerns by saying Facebook's privacy model for hardware like the Oculus Rift VR headset is different from the model for services, with much of the information stored on the device itself rather than online.

"I think when you're building devices, the expectations are just different. And we need to make sure that that's appropriately locked down so that people can trust it."

Facebook's plans to create its own digital currency, called Libra, have also raised eyebrows among authorities in many countries about the potential effect on the global financial system. Zuckerberg, who pitches the cryptocurrency as a way to help people in emerging economies participate in the financial system, emphasized the need for dialogue with regulators to address this unease.

"A lot of people have had questions and concerns, and we're committed to making sure that we work through all of those before moving forward," he said.

When asked about Facebook's stated plans for a 2020 launch, the CEO sidestepped the question. "Obviously we want to move forward at some point soon [and] not have this take many years to roll out," he said. "But right now I'm really focused on making sure that we do this well."

"Part of the approach and how we've changed is that now when we do things that are going to be very sensitive for society, we want to have a period where we can go out and talk about them and consult with people and get feedback and work through the issues before rolling them out," he said. "And that's a very different approach than what we might have taken five years ago. But I think it's the right way for us to do this at the scale that we operate in."