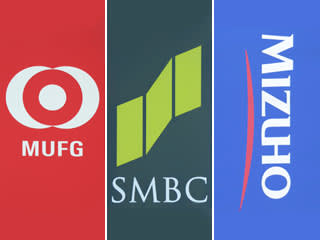 TOKYO -- The Nikkei Stock Average climbed 949 points in the first two trading days of 2018, as the appetite of retail investors trading on margin recovers thanks to growth in undervalued bank stocks used as collateral.

One retail investor who trades under the name Yunagi spent Thursday and Friday building up a full position in stocks with margin trades. His move was prompted by the paper-profit-loss ratio for margin trading, which is approaching levels seen during the early days of Abenomics.

The ratio was negative 0.8% for Matsui Securities' clients on Friday, the closest it has been to positive territory since May 22, 2013, when the economic policies of Prime Minister Shinzo Abe -- known as Abenomics -- were in their infancy. The figure is a significant improvement despite heavy profit taking over the last two days.

Share prices jumped in early 2013 after the unrealized-profit ratio stayed around zero from January to February. Foreign investors taking advantage of the soft yen dominated the early action, but retail investors with available funds also helped push up stock prices.

"The atmosphere now is similar to then," said Yunagi, noting individuals' growing appetite for buying.

Although bank stocks were sluggish in 2017, they have continued to rally since mid-December and are likely to fuel margin-based buying. "Megabank shares are being frequently used as collateral for margin trades," observed Tomoichiro Kubota of Matsui Securities.

When megabanks, which have huge market caps, rise it tends to lift up the whole market. This raises their value as collateral and encourages buying on margin.

Banks stocks are seen continuing their upward trend on hopes that the interest rate environment will improve. "The Bank of Japan is unlikely to shift away from its easing stance but may partially adjust its monetary policy this year," said Tetsuro Ii, president of Commons Asset Management.

Mizuho Financial Group shares have climbed about 4% since the end of November -- in line with the Nikkei average. But Japan's two other megabanks have each gained around 10% since that time. "Mitsubishi UFJ Financial Group's share price seems to have broken through the ceiling from a chart perspective," said Yunagi, who will decide whether to join the buying after observing the market early next week.

Looking at margin trading as a whole, selling is also increasing as share prices soar early in the new year. The short position held by Matsui Securities' leveraged exchange-traded fund, which amplifies movements in the Nikkei average by a factor of two, surged 80% on Thursday from the end of the year. Traders who follow the market trend like Yunagi are the minority.

But less buying on margin and more shorting is also a sign of further growth, as future sell pressures ease and investors buy back stocks while the market is down. Cash in brokerage accounts and other idle funds have also reached record levels, and Japan's economy appears on track to beat deflation. The first half of 2018 could prove too good to be true should retail investors move en masse toward buying.