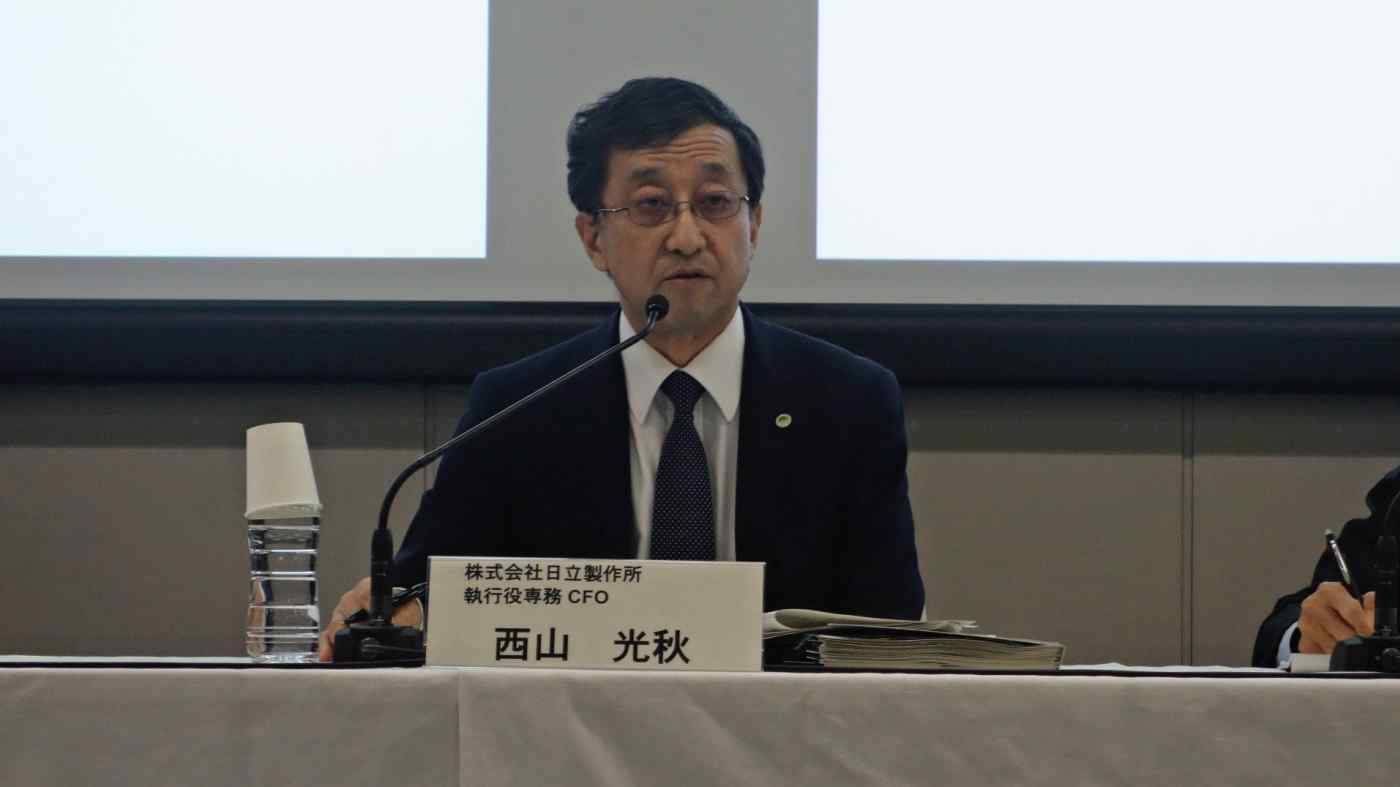 TOKYO -- Hitachi upgraded its operating profit forecast for the current fiscal year Thursday to a record 660 billion yen ($5.79 billion) in light of strong earnings from mainstay operations such as chipmaking equipment, construction machinery and information and telecommunications systems.

The new figure represents a 12% increase on the year and beats the company's earlier projection by 30 billion yen. Sales now are expected to rise 2% to 9.3 trillion yen, up 250 billion yen from the previous forecast.

But the Japanese company retained its net profit projection of 300 billion yen, a 30% increase, because the expected sale of group company Hitachi Kokusai Electric to a U.S. investment fund will be delayed to next fiscal year at the earliest. Proceeds from the sale were factored into the previous projection for the current year ending in March.

Electronic systems such as semiconductor production equipment account for 25 billion yen of the 30 billion yen upgrade to the operating profit forecast.

Construction machinery operations have fared well, thanks to demand growth in China. The information and telecom systems segment serving the financial sector has also performed strongly. Operating profit is seen surpassing earlier projections in five of the company's eight segments.

Operating margin for the current year is seen reaching 7.1%, on par with the record logged for fiscal 1989. Restructuring efforts through last fiscal year propelled much of this improvement by trimming fat. Hitachi sold off financial, distribution, tools and other operations that had little connection to its core businesses. It also withdrew from money-losing areas such as overseas plant engineering, procurement and construction.

The company's medium-term business plan through next fiscal year calls for an 8%-plus operating margin. Nishiyama expressed confidence in reaching the target. "We are seeing the fruits of steps we have undertaken," he said.

Hitachi set aside around 30 billion yen for the second half to absorb surprises such as economic swings or yen appreciation. If the rest of the year goes smoothly, this rainy day fund will not be tapped, lifting profit further. The company assumes the yen will hover around 110 per dollar and 120 per euro in the second half. The Japanese currency has been weaker than these assumptions. Continuation of this trend, too, would boost profit.

Hitachi also said Thursday that its fiscal first-half sales rose 1% to 4.37 trillion yen. Net profit jumped 42% to 160.6 billion yen. The company previously had set no target for the interim dividend, but now will pay 7 yen per share, up 1 yen from a year earlier.