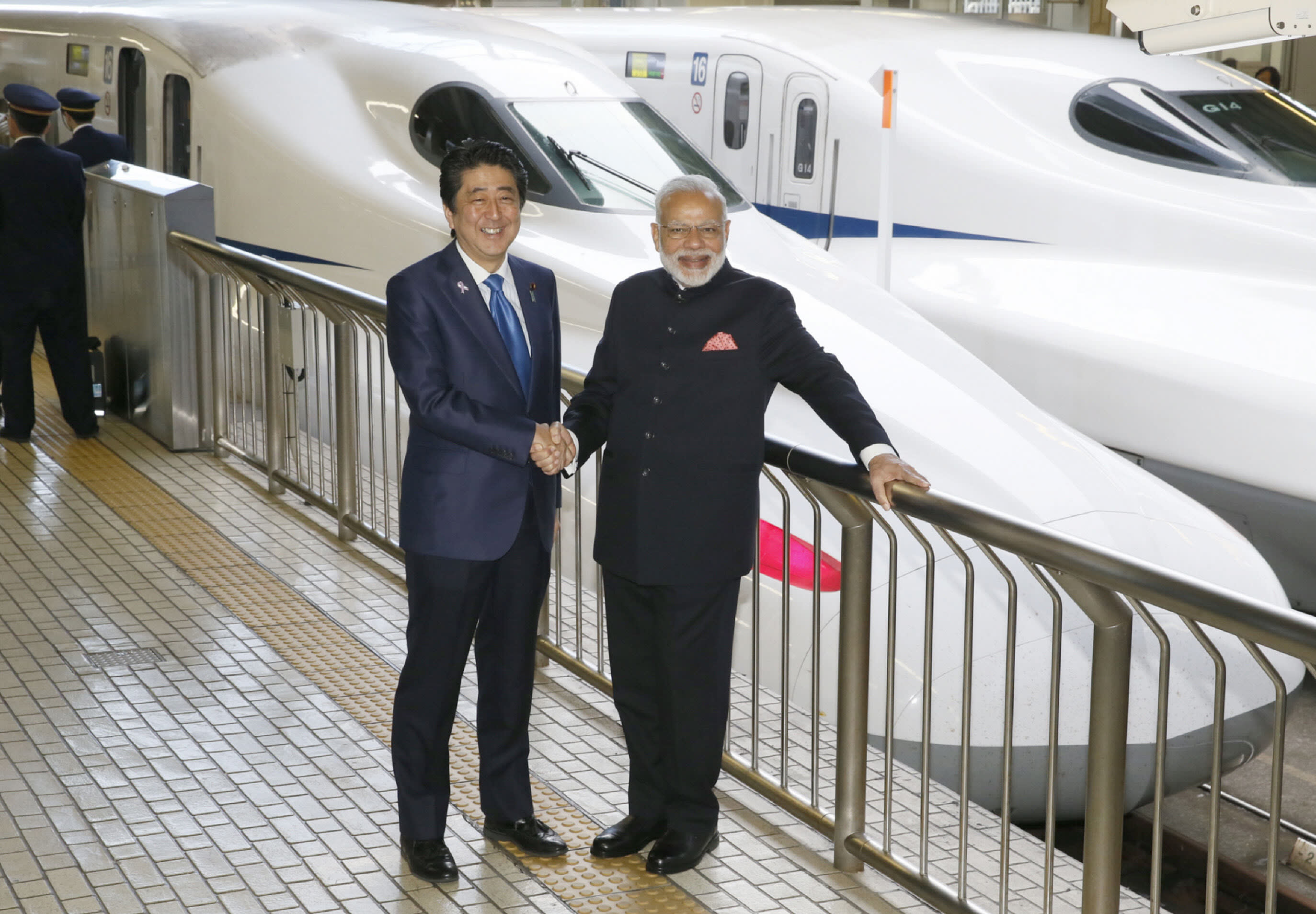 TOKYO -- Hitachi will form a technological partnership with an Indian state-owned company as part of efforts to win orders for the South Asian country's first bullet train railroad.

The tie-up between the Japanese conglomerate and BEML, one of India's top suppliers of subway train cars, could eventually lead to local production at a joint venture.

The governments of Japan and India have already agreed to adopt Japanese shinkansen bullet train technology for a high-speed railway spanning roughly 500km between Mumbai and the western state of Gujarat.

Bidding for the project by India's national high-speed rail company is expected to start soon. Hitachi, with a tack record of building bullet train cars, is seen as a strong candidate for supplying them.

The project is estimated to cost around 1.8 trillion yen ($16.4 billion). Construction is expected to start this year, with the service likely to launch in 2023.

A number of Japanese companies will take part in the project. Kawasaki Heavy Industries is another promising candidate for supplying train cars. Mitsubishi Electric, Nippon Steel & Sumitomo Metal and Toshiba also are angling to supply components.

If Hitachi does win an order, it would ship train cars built in Japan. But it would also consider building the cars in India at a joint venture in the future, marking the first time that shinkansen bullet trains are built outside Japan. Vehicle assembly would be moved to India by 2023, and key components like undercarriages also would be produced locally. A station for India's first bullet train railroad will be built at this site in Mumbai.

Japanese companies, for their part, are strong in delivery time management and quality -- part of shinkansen's appeal for the Indian government. Japanese companies seek to parlay their experience in India to the rest of the world. Just in India, six more high-speed rail projects are being planned.

Japan first exported shinkansen technology to Taiwan, more than a decade ago.  A consortium of seven Japanese companies won orders for the high-speed railway that began service in 2007. Hitachi, Kawasaki Heavy and Nippon Sharyo built the first batch of train cars for the service, but production in Taiwan was not pursued due to concern over the potential for technology leaks.