Japan Display is expected to rack up its fourth year of net losses this year, due to sluggish sales of Apple's iPhone 8, which the company supplies screens for, as well as restructuring expenses. Turning the business around will not be easy, as it is also unclear whether efforts to begin commercial production of organic light-emitting diode, or OLED, displays will bear fruit anytime soon. Japan Display hopes to start turning out the displays in large quantities by 2019, but it will need outside capital to do so.

At an earnings briefing in Tokyo on Wednesday, Chief Financial Officer Takanobu Oshima said the company's sales for this fiscal year will drop 15-25% on the year.

For the year ended in March, Japan Display's sales fell about 10% on the year to 884.4 billion yen. With sales expected to decline further in the current fiscal year, the company is forecast to post its first operating loss since listing in 2014.

Japan Display plans to book 170 billion yen in restructuring costs by the end of fiscal 2017. The company already posted 13.8 billion yen in such expenses in the July-September period, but the effect of structural reforms may be limited if sales continue to decline more steeply than expected.

The shine is off

The company has set a target of March 2018 to complete its restructuring, as it looks for a capital injection from outside investors. Japan Display is in talks with several companies, according to Oshima. Poor earnings could hamper these talks. 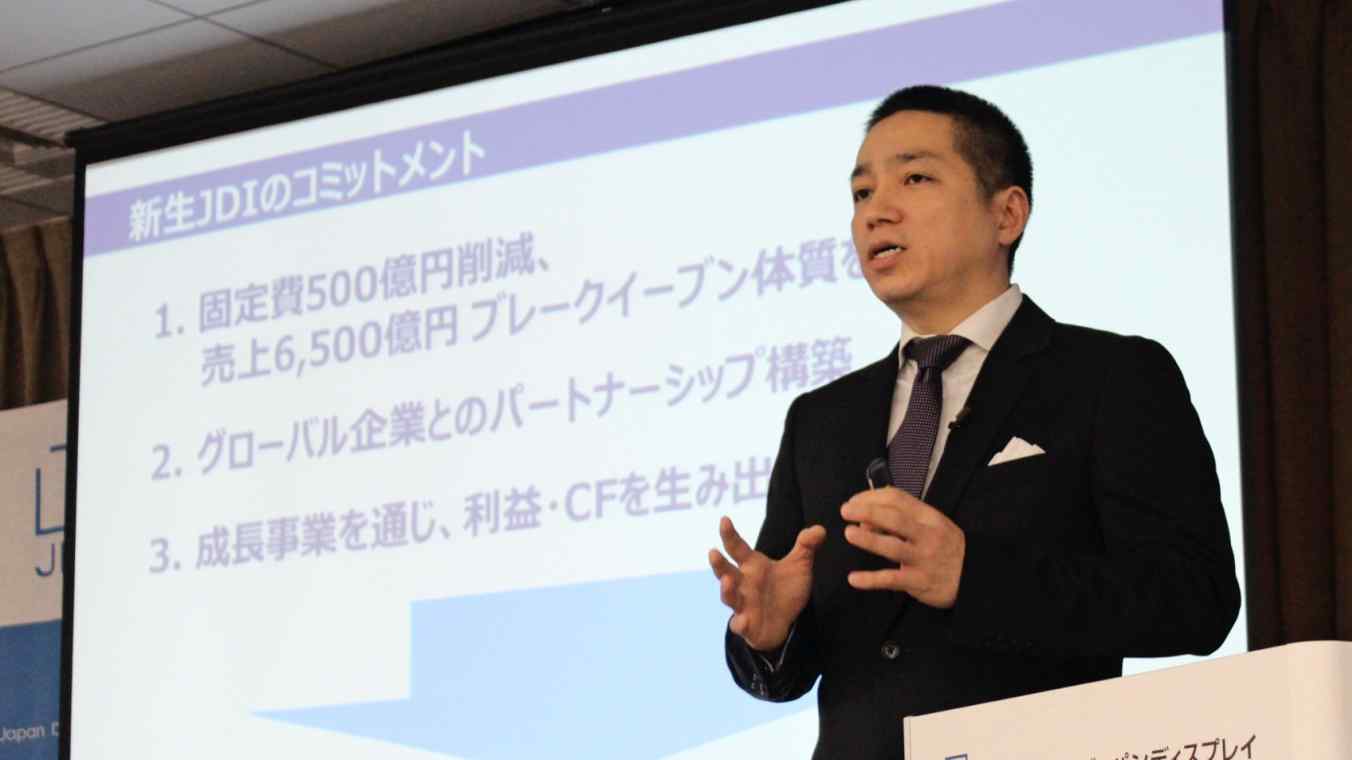 Slumping sales in China are a further drag on Japan Display's earnings. The company's sales in that market were sluggish in the April-June quarter, and deteriorated further over the subsequent three months.

High-end panel demand from Chinese smartphone makers has slowed, and the company saw its orders dwindle in the face of stiffer price competition from Chinese manufacturers. "China sales will remain sluggish in the second half," Oshima said.

The outlook for Apple, Japan Display's largest customer, is bleak, too. The release of the new iPhone X in November, with its OLED display, has pushed down sales of the iPhone 8 series, which was launched just two months earlier. Oshima predicted that orders from Apple will remain sluggish for the full fiscal year.

Japan Display is focusing on full-screen LCD panels called "Full Active," in an effort to improve profitability in China and attract the attention of Apple, which is increasingly focused on OLED displays.

Apple is also taking an interest in Full Active displays, and may use them in its new models next year. Since two out of the three new handsets are expected to have OLED displays, Japan Display wants to win as many orders for LCD panels as possible. South Korea's LG Display and Japan Display plan to produce panels for the non-OLED handset, with Japan Display aiming for a 70% share.

The company slashed its capital investment by 5 billion yen versus its previous forecast for this fiscal year to 65 billion yen, saying it will become more selective in its spending. That is less than half the 133.4 billion yen it spent in the year ended March. If Japan Display's ability to invest declines, it could further depress earnings.

LCD panels will remain the company's main product over the next few years. Japan Display's success depends on whether it can retain a big share of Apple's business, despite its OLED shift, with full-screen LCD panels and attract demand from a changing Chinese market.