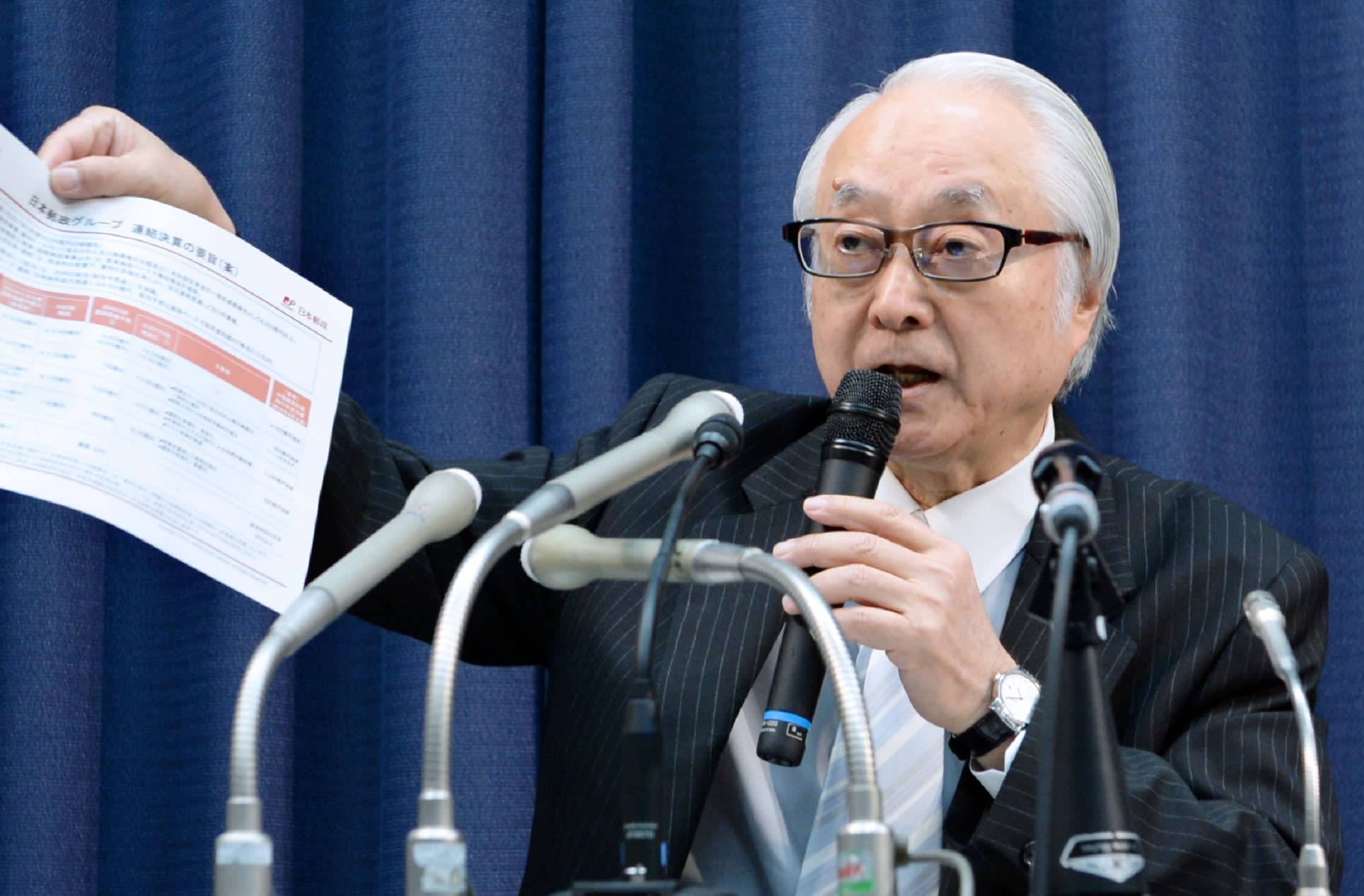 The 400.3 billion yen write-down, which saddled the postal group with its first net loss since the 2007 privatization, may have stymied plans to turn the real estate business into a growth engine by purchasing one of Japan's biggest developers.

The postal business environment is bleak both in Japan and abroad. Japan Post handled 17.7 billion pieces of mail such as post cards and letters last fiscal year, down about 30% from the peak in fiscal 2001.

Although package delivery has gained steam in recent years amid the rise of online shopping, pressure to raise wages has boosted costs. The postal unit had an operating profit of just 12 billion yen in fiscal 2016.

For the current year through March 2018, Japan Post Holdings is seen swinging back to the black with a net profit of 400 billion yen. Package delivery rival Yamato Transport is curbing service amid an overworked staff. Japan Post, which has some excess package delivery capacity, can claim more of the market. Still, the postal unit's pretax profit is projected to drop to 18 billion yen, a third of the fiscal 2016 level.

"Due to powerful upward pressure on wages, our numbers will add up to only this much unfortunately," President Masatsugu Nagato said at the earnings briefing Monday.

Meanwhile, Japan Post is considering the purchase of Nomura Real Estate Holdings, a large Tokyo-based developer with the heft and know-how to help the postal group redevelop its sizable land holdings. The value of those holdings comes to a whopping 1.56 trillion yen, the sixth-highest tally among listed companies in Japan. Post offices by major train stations and densely populated areas could be redeveloped into commercial facilities and condominiums.

But substantive negotiations have apparently yet to begin with Nomura Holdings, which owns about 34% of Nomura Real Estate. As an equity-method affiliate, the real estate company contributes some 16 billion yen to Nomura Holdings' annual earnings. Some urge caution, given that Japan Post just booked a massive loss on Toll. The postal company no doubt will be wary of overpaying, as it did with Toll.

In a report to the Tokyo Stock Exchange Friday, Japan Post said it is considering various possibilities for a new capital partnership. But President Nagato said Monday that "there is nothing else to report" at this point. Asked about the high price of real estate stocks in Japan, Nagato expressed caution about investing in a sector that is being bid up in the stock market.

Nomura Holdings, which has refrained from commenting on the acquisition news, likely will carefully assess whether selling the stable earnings contributor makes sound economic sense.