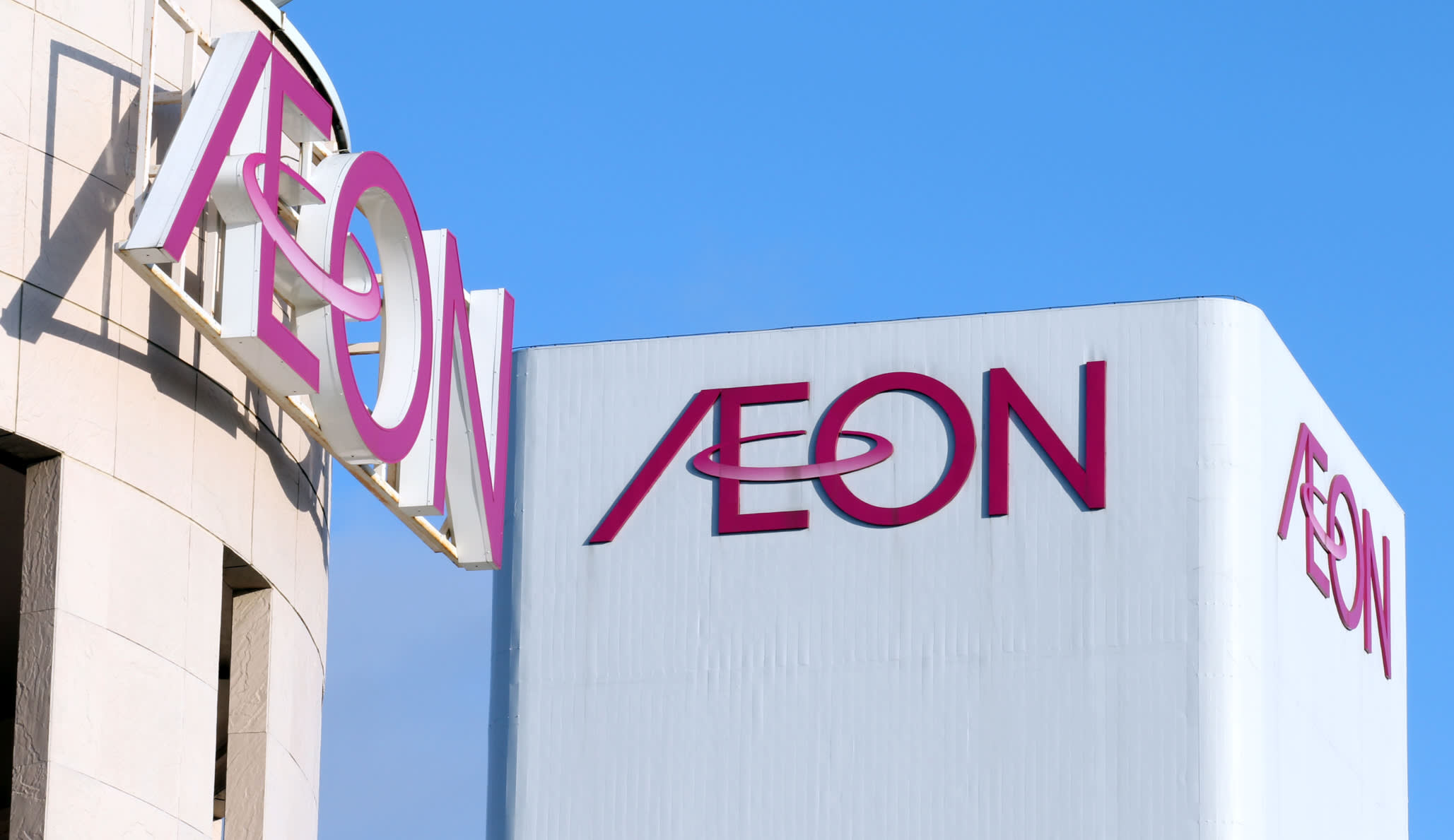 That total would fall short of the retailing giant's expectations of a 7% jump to 190 billion yen, but would land near the market consensus of 185.8 billion yen. Operating revenue, the equivalent of sales, grew slightly from the previous year to 8.2 trillion yen.

Cost cuts accelerated during the fiscal year. Aeon worked to keep down outlays across the group through methods such as more specific targeting of customers to reduce advertising and promotion spending. Furthermore, renovation expenses incurred in the prior year came off the books.  Some former Daiei supermarkets were converted into a new line of stores called Aeon Style, which concentrate on wine and other delicacies. Aeon turned Daiei into a subsidiary in 2015.

Aeon's drugstore business also did well and Aeon Mall boosted tenant revenue at cinema complexes and household goods stores. The balance of transactions increased for the company's credit cards that include its Waon e-money functions.

Net profit for the full year is expected to reach over 10 billion yen, a sharp turnaround from the 17.2 billion yen net loss for the nine months ended last November. Aeon's annual dividend looks to be 30 yen, in line with the company's forecast.

New Aeon Style stores, such as the one in Tokyo's Himonya, are expected to contribute more fully to earnings in fiscal 2017. The company will likely contend to break its operating profit record of 195.6 billion yen set in fiscal 2011.