The new cream gets high marks at home but will it translate into sales growth? 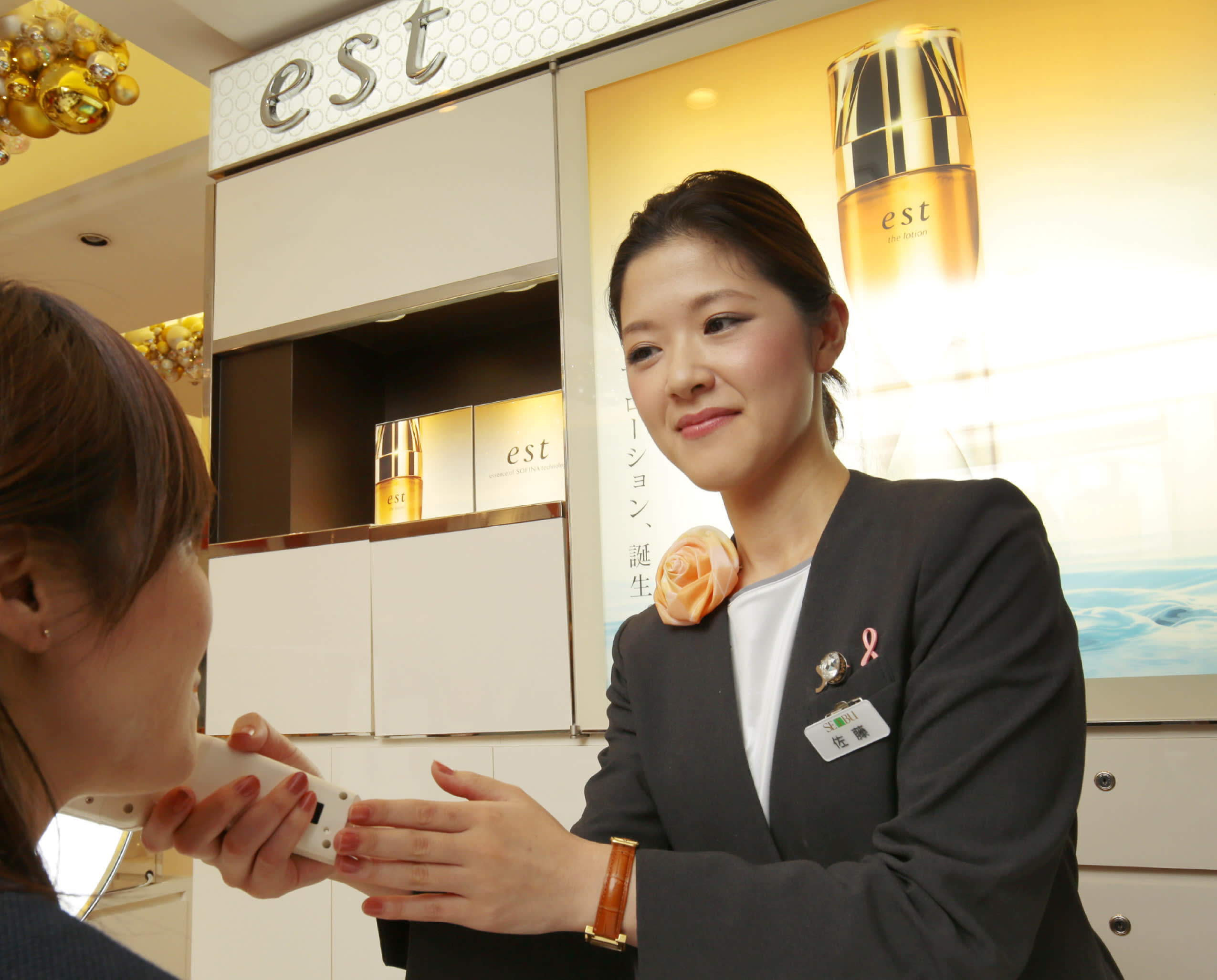 The est brand is marketed only through department stores, so it has the potential to drive sales growth for cosmetics to inbound tourists.
TAKAYUKI KIKUCHI, Nikkei staff writerJanuary 21, 2018 18:54 JST | Japan
CopyCopied

TOKYO -- While Japan's top household goods maker Kao is competing effectively with far larger global rivals such as U.S.-based Procter & Gamble and Anglo-Dutch company Unilever, its cosmetics business continues to struggle but the company is hoping that a newly launched skin lotion could boost sales.

To reinvigorate its lackluster cosmetics division, Kao created a new product dubbed "est the lotion" that started sales in September last year. Kao, which lags far behind domestic cosmetics rivals like Shiseido and Kose in sales to tourists from China and other Asian countries, is seeking to catch up with them by focusing on promoting the new lotion. Kao's business performance has been strong. In the year ended Dec. 31, 2017, Kao is estimated to have posted its highest-ever group net profit for the fourth consecutive year, thanks to brisk demand for disposable diapers in China as well as robust sales of Biore skin care products. But its cosmetics business performed poorly.

Although this division managed to eke out an operating profit in fiscal 2017, it slipped into an operating loss in the January-September period of last year. Compared with Shiseido and Kose, both of which have reaped greater profit from demand from inbound tourists, Kao lost the most, hit by a slump in cosmetics sales, according to an analyst at a Japanese securities company.

Kao launched the new est the lotion as part of ongoing radical reforms in its cosmetics business. Yoko Hara, est brand manager at Kao's cosmetics business unit, said: "While returning to the basics of skin care formula, that is, keeping skin moist, we intended to develop a lotion that is symbolic of this brand."

Late November, three popular Japanese fashion magazines -- Shueisha's Maquia, Kodansha's VoCE and Shogakukan's Biteki -- separately picked est the lotion as the best skin lotion in the second half of 2017. Hara said that after est won the accolades, the number of first-time buyers of the lotion has increased more than fourfold.

The est brand is marketed only through department stores, so it has the potential to drive sales growth for cosmetics to inbound tourists, an area in which the company has marked little progress.

Shiseido's Cle de Peau Beaute, Kose's Cosme Decorte and other luxury brands are well received by foreign tourists, because they are sold mainly in department stores. "Cosmetics that enjoy a good reputation in the Japanese market also prove to be popular with Chinese consumers," said Shiseido President Masahiko Uotani.

Analysts forecast Kao's price-earnings ratio at 25 times 2018 earnings, higher than those of P&G and Unilever. However, Kao's P/E ratio remains far below 30, which is the level expected for Shiseido and Kose. On the stock market, Kao is known as a maker of household goods but not regarded as a company in the cosmetics industry.

Even so, Wakako Sato of Mizuho Securities pointed out that "If Kao's cosmetics business begins to show growth [due in part to higher sales to foreign tourists], the valuation of the company will continue to go up." If this scenario holds true, the company's per-share earnings will increase on the back of profit growth in the cosmetics business, which could cause its stock price to start climbing at a fast clip.

However, its pricing strategy could prove to be off-putting for Chinese consumers. Est the lotion is priced at 6,000 yen ($53.23) per bottle, cheaper than cosmetics sold at departments stores at roughly 10,000 yen typically. Given as Chinese consumers tend to think that the higher the price, the better the quality, est's low cost could actually backfire.

Kao President and CEO Michitaka Sawada admitted that it was difficult to implement the right marketing strategy: "We need to successfully establish our image in the high-end market selling products priced at 10,000 yen or higher." Analysts question if the company can nurture the est product line into a luxury brand and if it can move away from its reputation as a household goods producer.