Japan theme park to replace a third of staff with robots

Operator of 'weird' robot hotels goes full in for automation 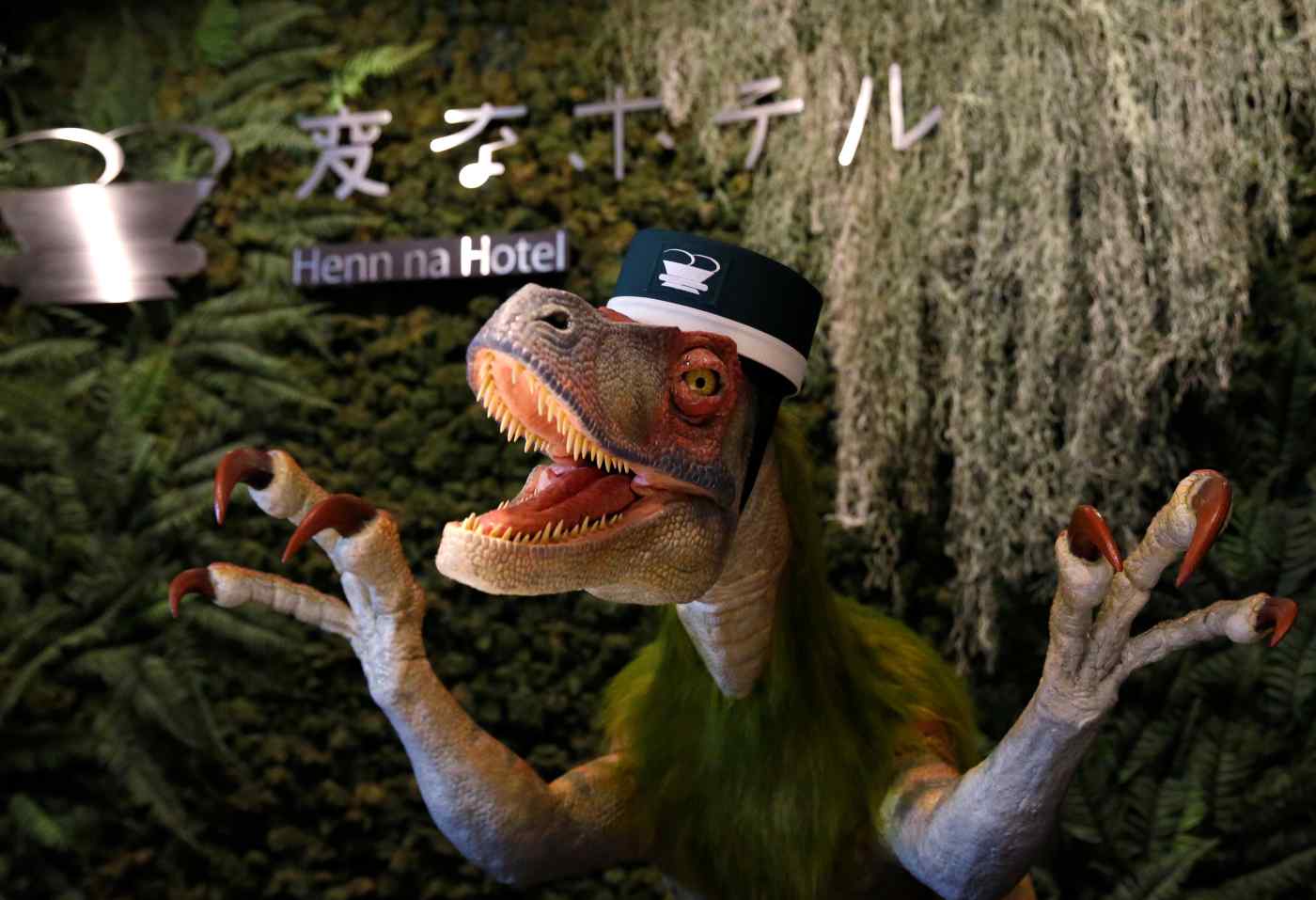 TOKYO -- Japanese travel agency and resort operator H.I.S. plans to cut the number of workers at its Huis Ten Bosch amusement park by a third in three years, drawing on its experience operating Henn na Hotel -- a chain of hotels run almost entirely by robots.

About 1,200 full-time and part-time employees currently work at the Dutch-themed Huis Ten Bosch in Nagasaki Prefecture. Chairman and CEO Hideo Sawada said in an interview with Nikkei that he plans to reduce that number to about 800 by around 2021.

The displaced workers "will be reassigned to growing businesses within the group," Sawada said.

The company is counting on robots and the "internet of things" to pick up the slack. It has already introduced about 250 robots at the park and a neighboring Henn na Hotel, which literally translates to "weird hotel." It also is running a pilot program to automatically monitor and collect garbage at the park.

"Our goal is to boost the productivity of the service industry," Sawada said. H.I.S. Chairman and CEO Hideo Sawada tells Nikkei his plans for the company.

There are more than 200 robots at the Henn na Hotel there, handling a variety of tasks from checking in customers to cleaning and landscaping. The entire 144-room facility requires just seven human employees, just a quarter of a regular hotel its size.

"We will introduce customer service robots at the park in a few months, ramping up efforts to cut labor," Sawada said.

He is also trying out an electronic payment system using smartphones at Huis Ten Bosch. "We will turn the park cashless in a year," he said, adding this would "reduce the number of cashiers and wait times."

H.I.S. is adding another wing to the hotel by the end of the year, which will be equipped with film-like solar cells and plant-based storage batteries. Sawada wants the addition to be completely energy-independent, so that the company will pay nothing for its heat and electricity -- two major costs for any hotel.

Sawada is streamlining the company's mainstay travel business as well. "We will start a trial by the end of the year to use artificial intelligence to deal with customers, and we could replace some of our 3,000 customer service representatives in the future," he said.

"I want to keep as many of our brick-and-mortar sites as possible, but we will start selling products other than just travel," he added. The Dutch-themed Huis Ten Bosch is one of Japan's most popular amusement parks.

Sawada is leaving Japan soon for a three- to five-month tour of the company's branches and recreational facilities around the world. He wants to find inspiration for new services for the company and at Huis Ten Bosch.

He will still return home once a month to attend board meetings, but "I want my employees to practice making decisions themselves while I'm gone," he said.