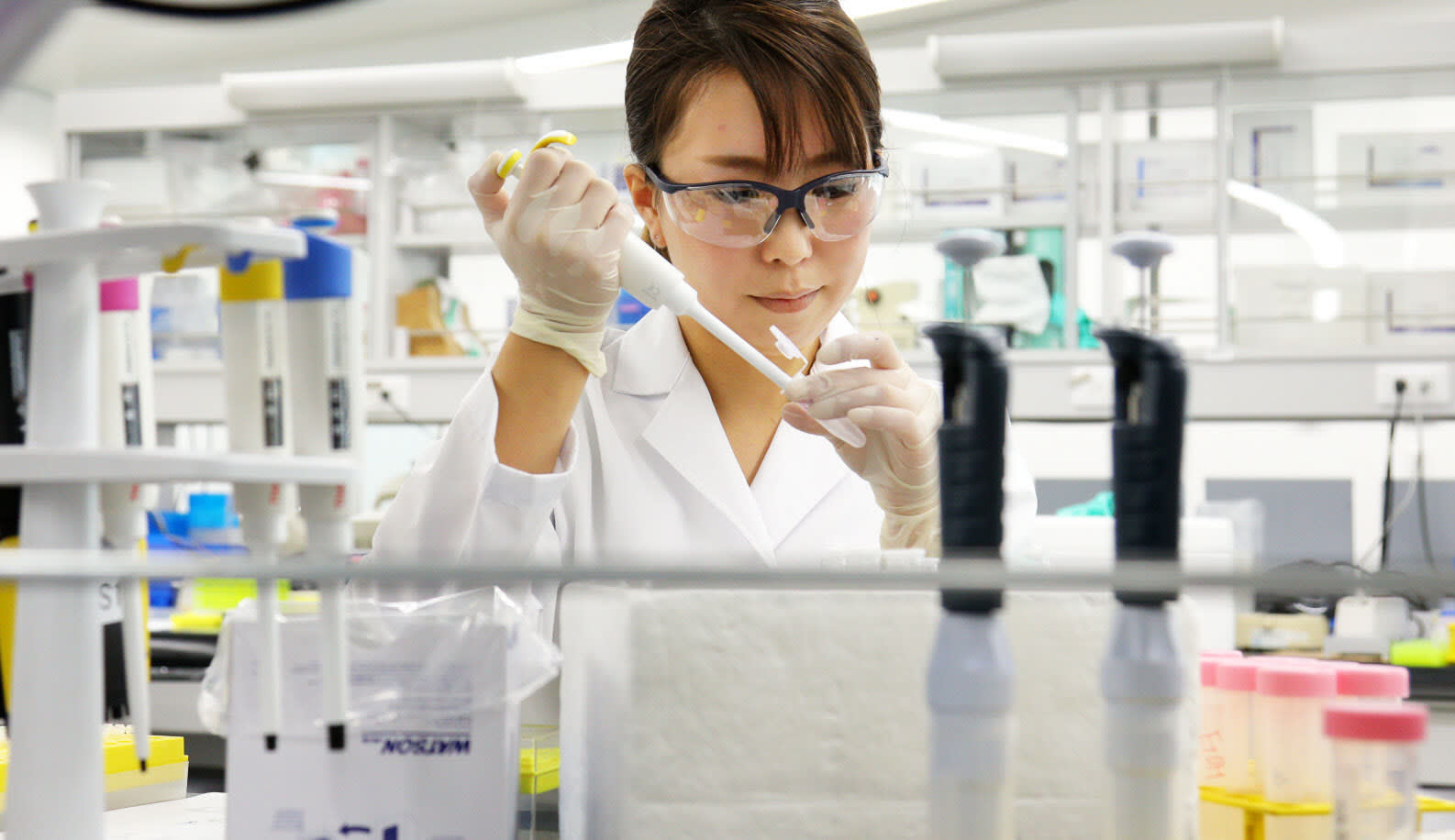 TOKYO -- Japanese deregulation and partnerships with established drugmakers have led to a renaissance among domestic bioventures as investors shower funds in anticipation of the next big patent.

Forty-four major bioventures selected by Mizuho Securities had a combined market capitalization of 2.4 trillion yen ($21.7 billion) as of Tuesday, marking a new record.

Among them is JCR Pharmaceuticals, which announced last month that a treatment for lysosomal storage diseases passed a round of clinical trials. The next phase of testing will be conducted later this year.

JCR's stock hit a post-listing high of 6,090 yen last Thursday, up from a low of 2,133 yen plumbed in April. Attracting investors is JCR's development of a first-of-its-kind delivery system that carries drugs directly to the brain. Strategic tie-ups with major pharmaceutical companies are also a major draw. JCR inked research cooperation agreements with Eisai and Sumitomo Dainippon Pharma, which open the door for JCR technologies to be applied to a wide spectrum of drugs.

Driving such partnerships is the desire to patent new drugs approved for sale, which happens for only one out of roughly 30,000 candidate compounds. This is especially true in Japan, where the government seeks to place extra scrutiny on expensive new medicine amid efforts to control health care costs.

Because of the priority given to research and development, 31 of the 44 bioventures reported net losses in their most recent financial statements. Twenty-three of the 44 are listed on the Tokyo Stock Exchange's startup-heavy Mothers market.

Japan has cleared the path for regenerative medicine to receive conditional approval. That is a boon for SanBio, which is staring at a 3.9 billion yen pretax loss for the year ending Jan. 31. Analysts expect the company to post a greater than 200 million yen profit next fiscal year on expedited drug commercialization owing to the relaxed rules.

Individual investors held a 60% stake in SanBio, a developer of regenerative medicine, before the company went public in April 2015. That figure has now climbed to 74%. Holdings by international investors exceed 8%, up from the 4% range when not including individuals.

In December, SanBio enrolled its last patient in clinical trials being conducted in the U.S. for a chronic stroke treatment. Data from that study will be released next year.

While bioventure stocks have gained dramatically lately, they remain prone to the price fluctuation risks inherent with most startups. Sosei Group announced Friday that its executive vice president slash chief scientific officer will leave the company at the end of February. Sosei said the move will have no impact on development, but the share price still sank as much as 6% on Friday.

Japanese bioventures also lag far behind internationally. Around 160 U.S. peers have a combined market capitalization equivalent to about 60 trillion yen. Forty South Korean bioventures have a market value of around 7 trillion yen.

Back in April 2016, Japan had only four bioventures with market caps exceeding 100 billion yen. The number may increase further in coming years.

"Once (a startup) joins the 100 billion yen club, it will be easier for investment trusts and other institutional investors to allocate funds," said Hironoshin Nomura at Mizuho Securities.