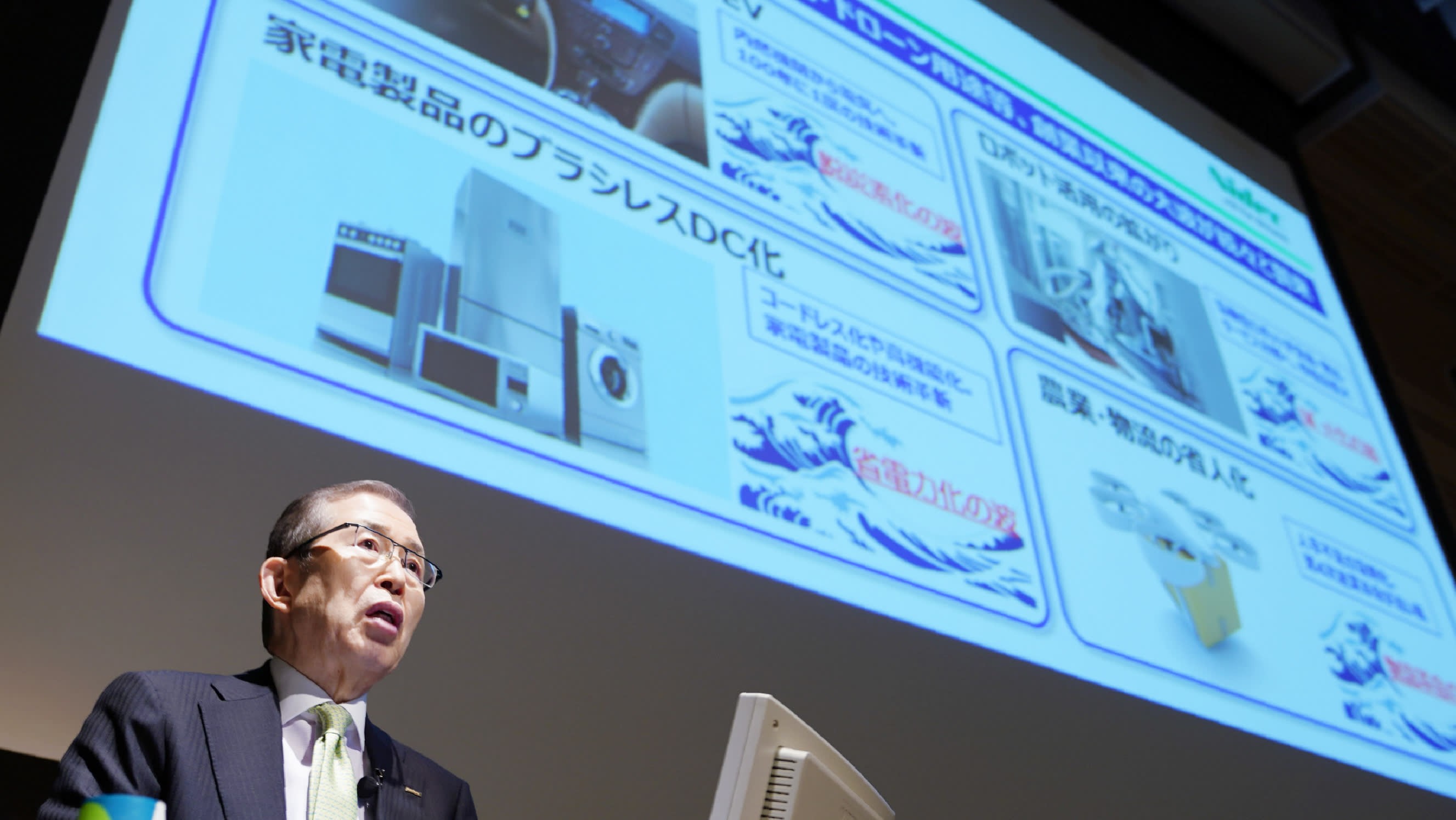 Nidec Chairman and President Shigenobu Nagamori speaks at an earnings briefing in Tokyo on Jan. 24. (Photo by Akira Kodaka)

TOKYO -- Five of Japan's seven major electronic components manufacturers have reported year-on-year gains in group net profit for the nine months through December, benefiting from robust demand linked to advances in smartphone functions and the electrification of automobiles.

Nidec lifted net profit 16% to 94.7 billion yen in a record for the nine-month period, while Nitto Denko also set an all-time high with a 74% surge to 80.3 billion yen.

Alps Electric reported a 58% increase to 44.4 billion yen for April-December. The company upgraded its full-year forecast, which already called for a record net profit, and now anticipates a 45% jump to 50.5 billion yen.

Yet demand for automotive electronic parts also remains strong. Nidec is riding this trend, with higher sales of items such as motors for electric power-steering systems.

"We have been receiving a tremendous number of inquiries relating to electrification of automobiles," said Shigenobu Nagamori, Nidec's chairman and president.

Murata Manufacturing boosted sales by 19% to 1.03 trillion yen in the nine-month period, as the company took more orders for multilayer ceramic capacitors from automakers and others. But higher production costs drove a 5% drop in net profit to 120.4 billion yen.

Apple's decision to slash production of the iPhone X has prompted concerns about future earnings for these companies, but officials of the seven manufacturers have expressed cautious optimism, saying the U.S. tech giant's move likely will have only a limited impact on their full-year earnings through March.