Baby diapers selling briskly both at home and abroad 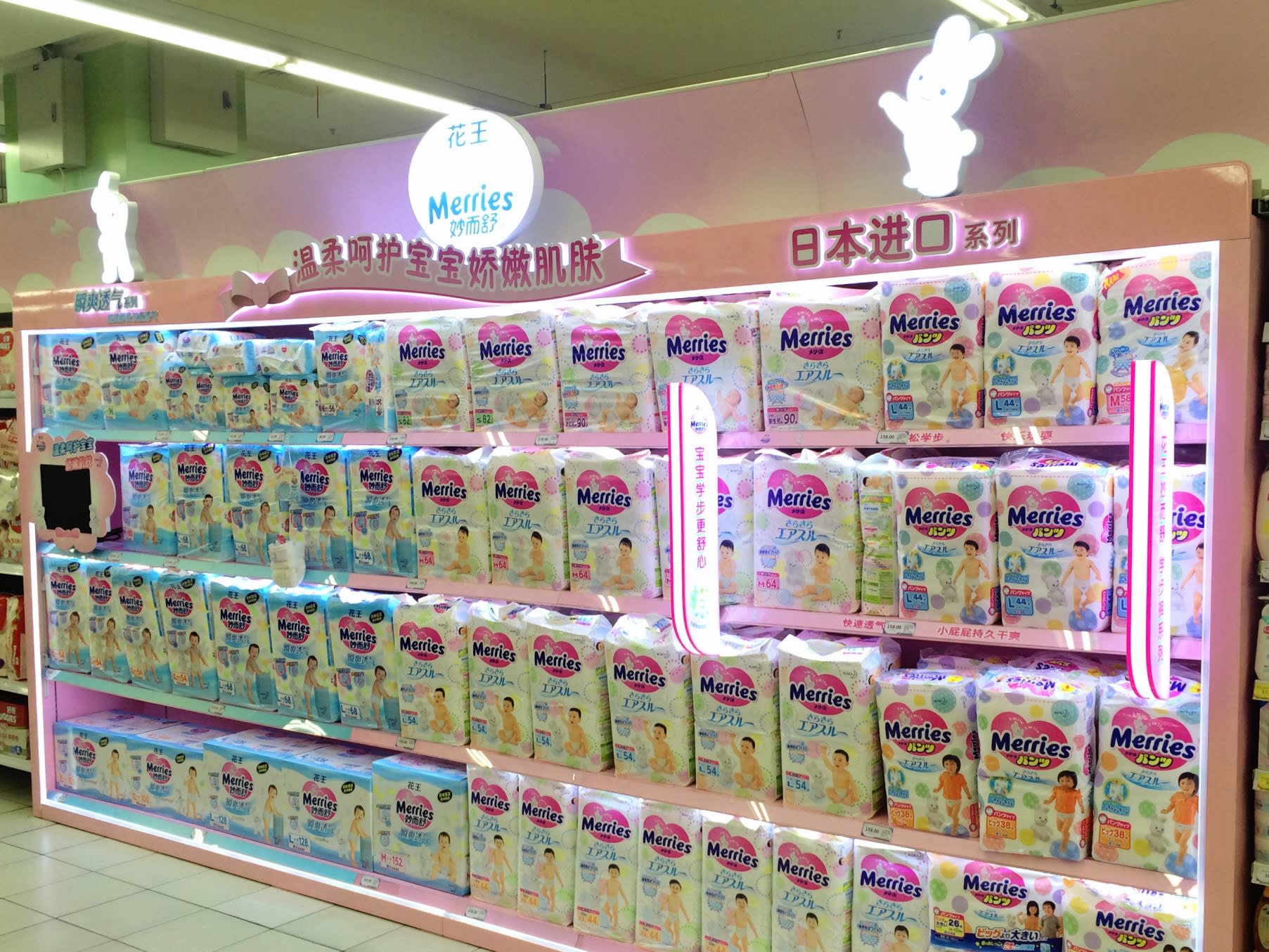 TOKYO -- Health and beauty products maker Kao likely logged a group operating profit of about 87 billion yen ($783 million) for the six months ended June, up 7% on the year and bounding past its 82 billion yen projection.

Net sales look to have climbed 3% to around 720 billion yen, topping the forecast of 700 billion yen. Disposable diapers enjoyed growth in China and on the company's home turf of Japan, while facial cleansers fared well in the U.S.

Merries brand diapers for babies continued to sell briskly online in China. Chinese shipments also increased following a revamping of sales channels there. In Japan, stepped-up promotional efforts since the second half of last year paid off.

With diaper demand expected to keep rising, Kao has been ramping up output in northern Japan's Yamagata Prefecture and elsewhere.

In skin care, the Biore facial cleanser brand performed well in the U.S. A strategy of narrowing the product's focus to unclogging pores lifted sales, while a weaker-than-expected yen buoyed top-line performance.

In the chemical business, which includes oils and surfactants, the company improved margins by raising prices to reflect the higher cost of palm oil late last year and early this year. A strategy of focusing on high-value-added offerings also paid off.

The company expects to pay 108 yen per share in dividends for this year, up 14 yen from 2016 and marking a 28th straight year of increases.

But competition in Southeast Asia is intensifying, with American giant Procter & Gamble getting into laundry detergents there.

Kao plans to release new cosmetics in the second half. The Japanese company will likely apply the first-half windfall toward strengthening marketing and may have to cut prices on chemical products to reflect a recent drop in natural oil prices.