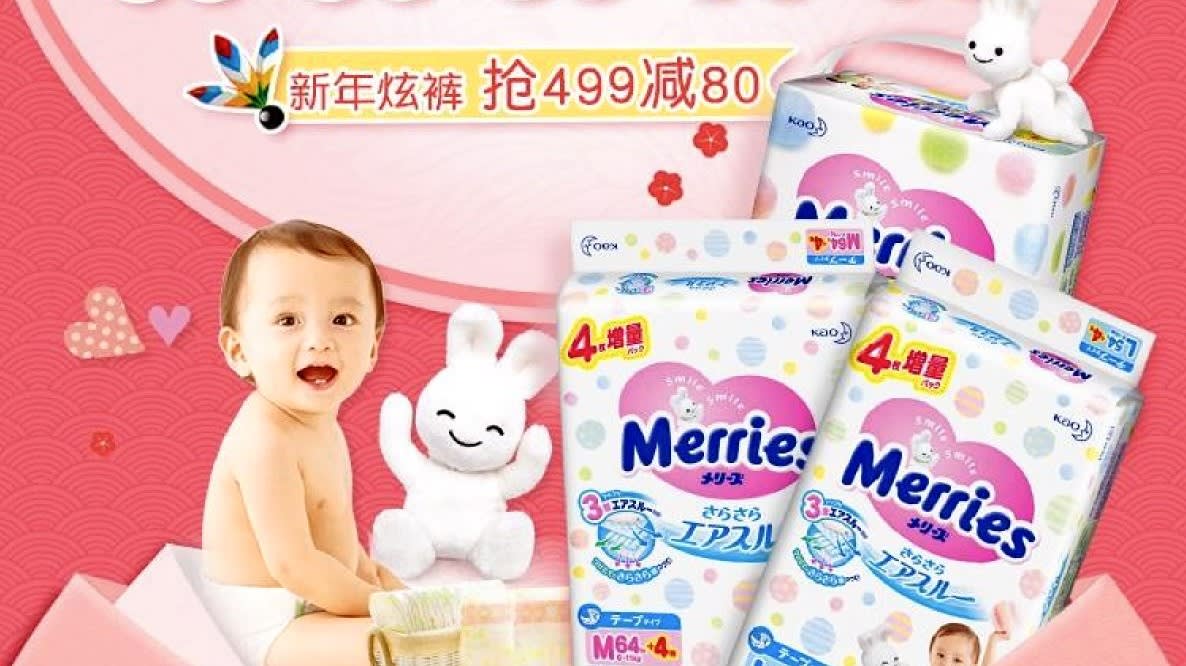 Robust sales of baby diapers in China, as well as strength in skincare and other pricy products, helped underpin what would be a 10% jump in profit.

Overall sales likely climbed 1% to around 1.48 trillion yen, exceeding the company's forecast by about 10 billion yen. Disposable diaper sales in China soared some 30%, led by the Merries line made in Japan. Cross-border Chinese e-commerce sales of products offered in Japan also rose. Diaper sales were healthy in Indonesia as well, with Kao's feminine hygiene products selling briskly across Asia.

The diaper business was solid in Japan. Nikkei point-of-sales data shows a gradual recovery from a July 2016 low, as guaged by a sales metric based on customer traffic through retail outlets.

The operating profit margin for Kao's human health care segment -- which includes diapers, feminine hygiene products and oral care items -- evidently surpassed the 9.5% of 2016 to break into the double digits. Kao has successfully lifted the portion of sales from its profitable goods.

Kao's beauty care segment, including the Curel line of skincare products and the Biore face cleanser, performed well. A marketing push in North America helped to lift Biore sales in the October-December quarter. The cosmetics business ran an operating loss for the nine months through September, but apparently managed to generate a full-year operating profit thanks to new products.

The fabric and home care segment, responsible for laundry detergents, is anticipated to log an increase in operating profit. Sales recovered in Southeast Asia beginning last summer, and profitability improved for domestic operations. For the first three quarters of 2017, Kao spent more on sales promotion amid stiff competition, mainly from U.S. rival Procter & Gamble, resulting in a decline in operating profit for that period.

The chemical segment apparently secured profit to a certain degree because Kao was able to transfer the higher costs of palm oil and other raw materials to product retail prices.

Kao has a good chance of scoring a sixth straight record profit this year, which would accompany increased dividend payments for the 29th year in a row. The company will announce 2017 earnings on Thursday.