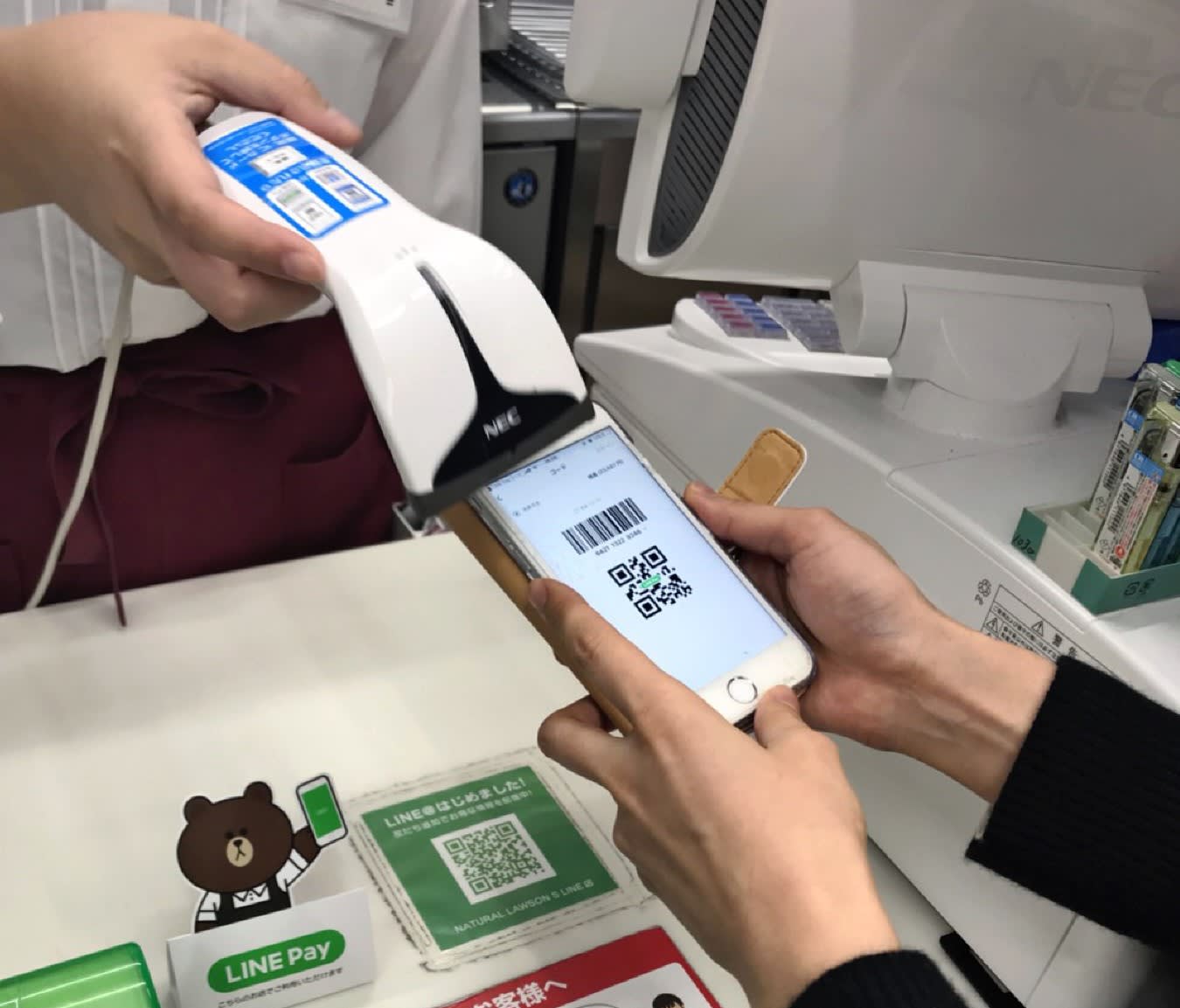 TOKYO -- Line, the company behind a messaging application of the same name, is stepping up promotion of its Line Pay mobile platform to vendors across Japan, seeking to make the payment option available at some 1 million locations by around 2020.

Line Pay can currently be used at about 16,000 vendor sites including convenience stores. Tokyo-based Line seeks to significantly expand the network and has set its sights on restaurants, karaoke establishments, vending machines and other businesses.

Users can pay by presenting a bar- or QR code on their smartphone screen to the cashier. Money is charged to a credit card or withdrawn from a prepaid balance loaded at a convenience store or bank. The payment service also lets friends on the chat app send money to each other for free, when going Dutch at a restaurant for instance.

A foreign exchange feature is included so even foreigners carrying no yen can shop in Japan using Line Pay. Line protects users against losses from fraudulent transactions. Vendors pay a portion of sales to Line as fees, but can boost customer traffic by adopting the payment method.

The Lawson convenience store chain already accepts Line Pay. Kyoto-based karaoke outlet operator Toai recently began using it at its main chain Jumbo Karaoke Hiroba spanning 166 locations. And beverage company Ito En has rolled it out at some of its vending machines. Major restaurant operator Watami will introduce it at 213 locations on Monday.

To strengthen marketing efforts, Line has merged the subsidiary handling Line Pay operations with one in charge of promoting Line business accounts for small and midsize companies. The plan is to tout the Line Pay service to the more than 300,000 businesses with such accounts. In mid-January, Line will open an office in Osaka to market Line Pay to businesses in western Japan.

Line Pay has about 30 million registered users across Japan. But the comparatively small 16,000 or so outlets that accept it has been a bottleneck to increasing users further. And overseas, where it operates in markets such as Thailand and Taiwan, Line Pay has about 10 million registered users in total. A larger network of vendors would make it easier for tourists to spend money when visiting Japan.

The Nomura Research Institute anticipates that the Japanese electronic payment market will grow more than 50% from 2017 to 114 trillion yen ($1.02 trillion) in 2023. Prepaid e-money cards like East Japan Railway's Suica and Seven & i Holdings' Nanaco have been around longer and are used more widely in the country. But smartphone-based payments are now expected to take center stage.

Japanese e-commerce giant Rakuten already offers its own smartphone-based payment service, and Amazon.com of the U.S. and Alibaba Group Holding of China are preparing a full-scale entry into the market. Line hopes to use its chat app to make Line Pay stand out.