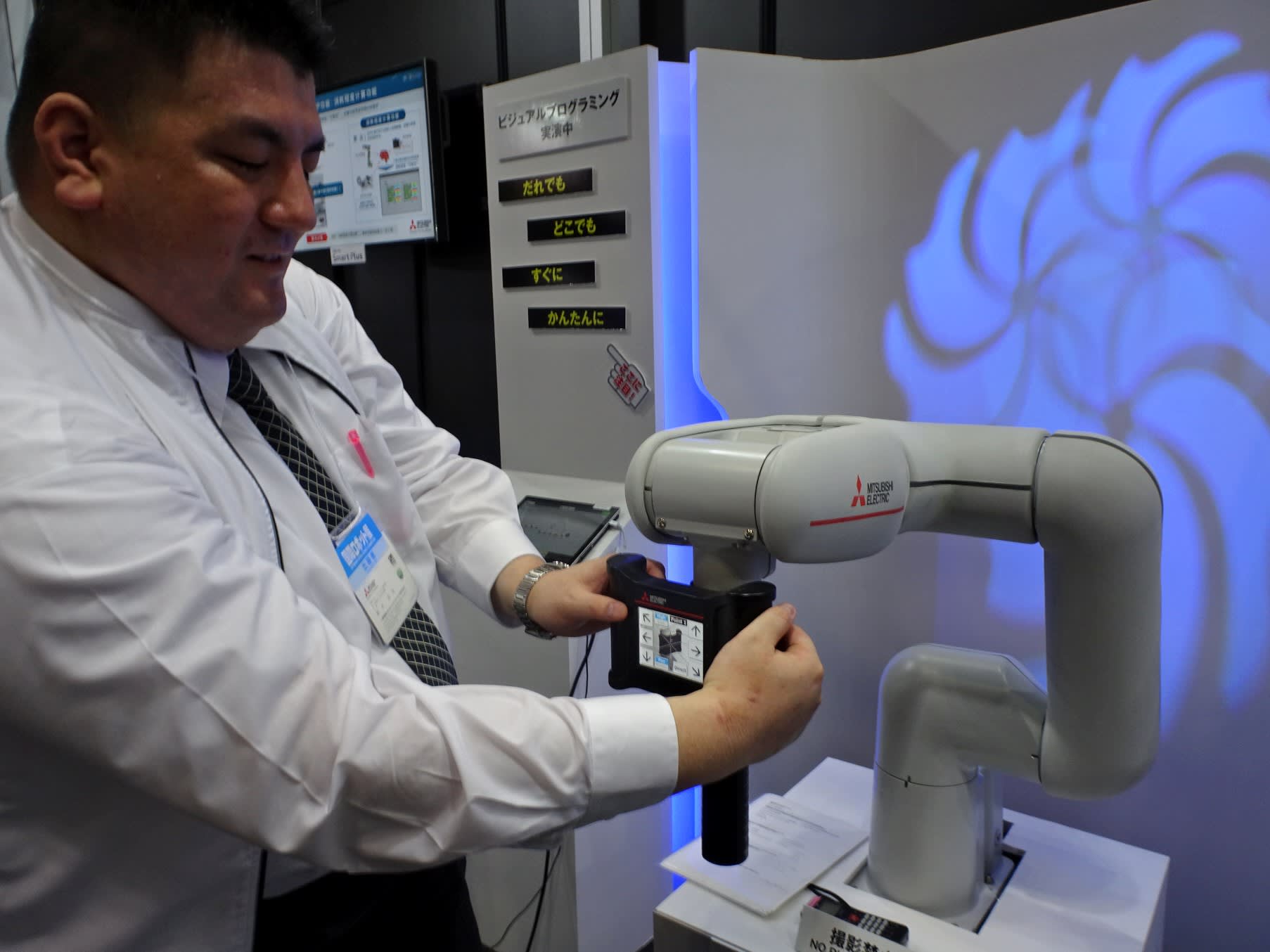 The electronics maker already has developed a multi-jointed robotic arm that can be programmed by so-called direct teaching, learning how to move as a human operator guides it through various positions. When in operation, the arm stops automatically if it comes into contact with a worker.

Because Mitsubishi Electric "has come to collaborative robotics later than others, we intend to make ease of use our selling point," a spokesperson said.

Collaborative robots do not require the protective fencing needed with many current industrial robots, making them a less expensive way to automate tasks now performed by humans. They are expected to appeal to companies in fields such as logistics and food production that have started using robots only recently. The global market for collaborative robots could grow by nearly nine times to some 270 billion yen ($2.4 billion) between 2016 and 2025, research firm Fuji Keizai predicts.

Japanese machinery makers including Fanuc and Yaskawa Electric have unveiled collaborative robots, while Kawasaki Heavy Industries has announced a tie-up with Switzerland's ABB in the field.