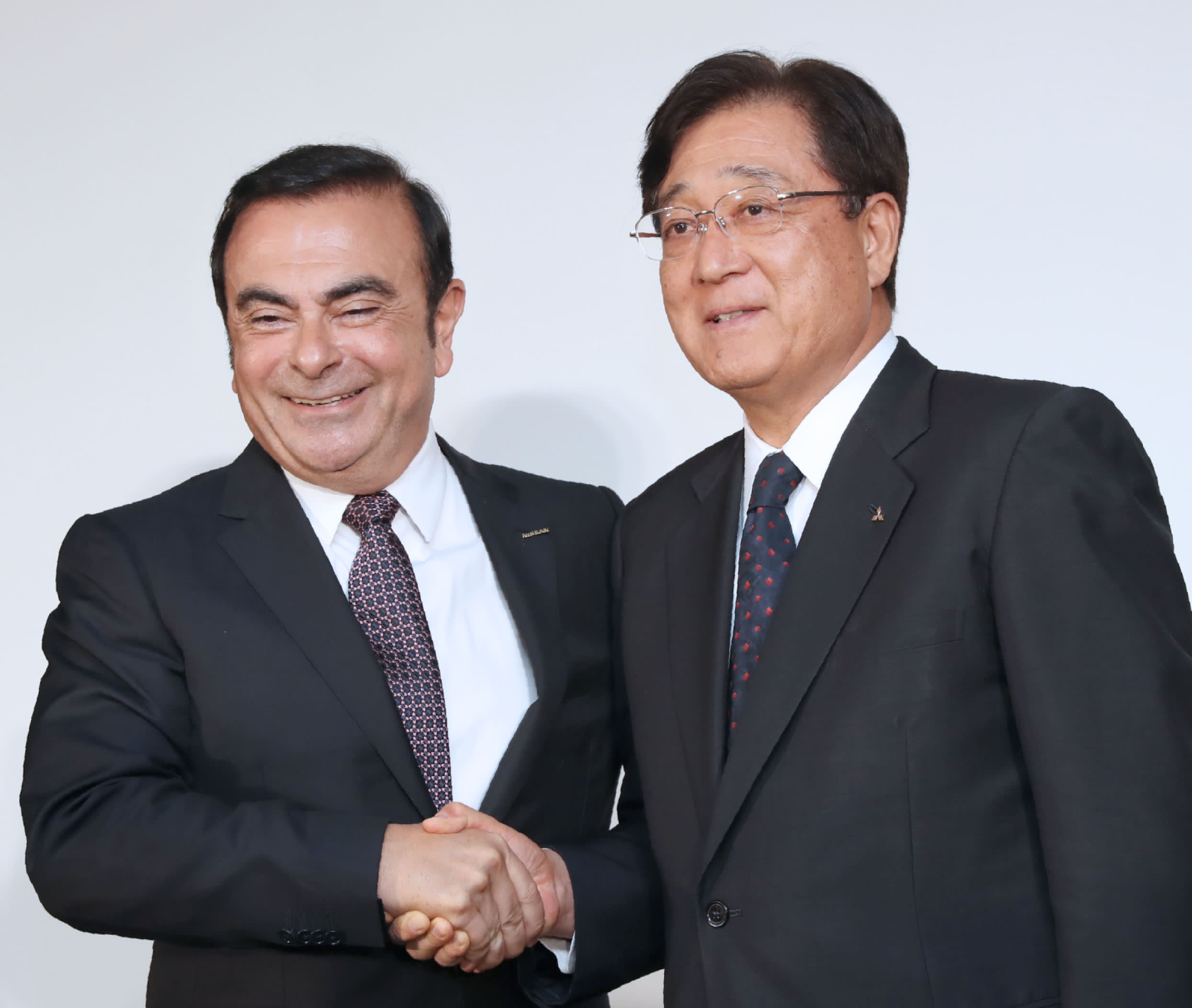 TOKYO -- Embattled Japanese automaker Mitsubishi Motors has revamped its management structure as it looks to rebuild itself under Carlos Ghosn, the head of Nissan Motor known for his turnaround expertise.

Ghosn was installed as chairman of Mitsubishi Motors effective Sunday, with Osamu Masuko serving as president and CEO. Last October, Nissan acquired a 34% stake in Mitsubishi Motors, then reeling under a damaging fuel-economy cheating scandal.

The organizational change is aimed at introducing stricter discipline and cost control, among other reform measures.

"We will clarify where responsibilities and authorities lie and fundamentally overhaul our management structure," Masuko said at an extraordinary shareholders meeting in December.

Under the new setup, the board focuses on decision-making and management oversight. Day-to-day operations are overseen by the chief operating officer, who coordinates with chief officers each responsible for four different business fields such as product strategy and development.

Mann started out at a British production plant of Nissan and rose through the ranks, noted a former Nissan employee, who commends his emphasis on the front lines of work. Since the company's challenge lies in aligning management closely with the front lines in order to execute reform, Mann is very appropriate for the role, said the ex-employee.

Mitsubishi Motors has not exactly been rigorous in terms of profit-and-loss management -- an area where Ghosn-style management could prove effective.

"Even if we prepared budget, often we were unable to meet plans and scrambled to offset that by cutting costs at the end, or were rescued by a weak yen," an official said.

In November, the company began tracking revenue, sales volumes and other financial aspects on a monthly basis. In addition, compensation for executive officers and managers above a certain level will be linked to company earnings, starting in fiscal 2017.

Mitsubishi Motors shares, which hit a 2016 low of 412 yen in April, have risen roughly 60% to 666 yen. The company's next focus will be a medium-term plan to be compiled in May. It will lay out goals and areas of targeted synergies with Nissan.

Ghosn preaches the importance of a business culture that stresses making commitments and working hard to keep them. Executing those goals will be the test of the new leadership team.