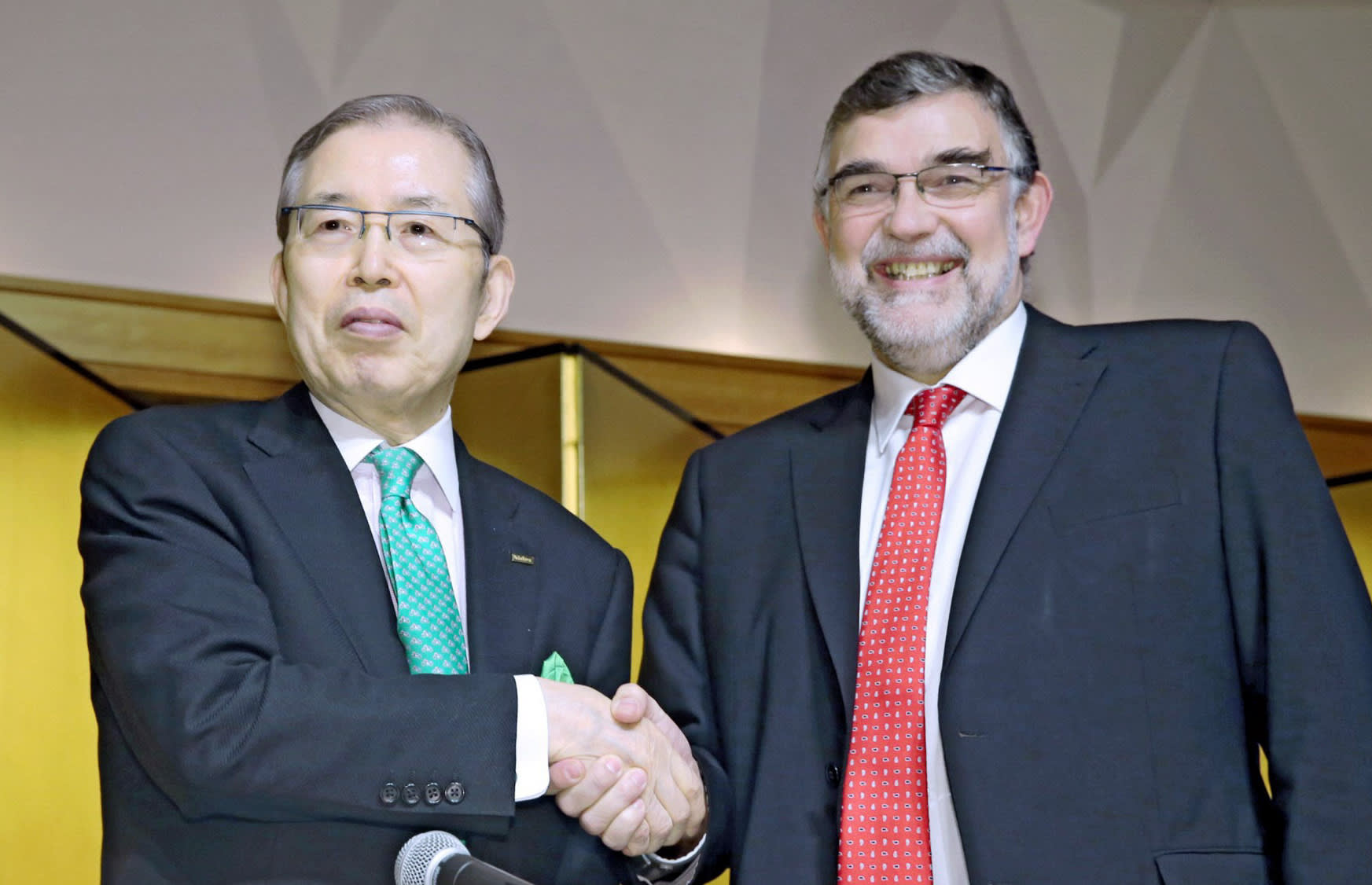 OSAKA -- Japanese motor manufacturer Nidec has seen applications for its bread-and-butter products expand rapidly in recent years, presenting what could be the biggest business opportunity in its history.

Nidec started out as a producer of small precision motors in 1973. The Kyoto-based company is now adapting itself to rising demand for motors in such uses as electric vehicles, robots, energy-saving appliances and drones.

"A great wave of innovation is on the way," Chairman and President Shigenobu Nagamori noted at his New Year's news conference. "We'll do everything we can to prepare," he said, for what he described as the biggest wave since the company's founding.

Nidec plans to spend roughly 150 billion yen ($1.37 billion) on capital investment annually from fiscal 2018 to fiscal 2020, 50% more than is forecast for the year ending March 31, as it upgrades existing plants and builds new ones.

The dramatic upswing in motor demand has already started boosting Nidec's earnings. The company announced on Jan. 24 that net profit for the nine months ended December jumped 16% on the year to a record 94.7 billion yen. Sales climbed 27% to 1.1 trillion yen, underpinned by an 82% surge in revenue from appliance, commercial and industrial products. Demand was strong for motors designed to reduce air conditioners' power usage, particularly in China. Sales of automotive products such as power-steering motors rose 14%.

Nidec expects a bigger boost to come. As electric vehicles gain market share around the world, demand will grow for drive motors -- the equivalent of a combustion engine in gasoline vehicles. The company plans to set up a joint venture with French automaker Groupe PSA in March or April to develop and produce those critical components. This tie-up is expected to begin contributing to earnings in 2019 at the earliest, with sales of these motors targeted at between 100 billion yen and 200 billion yen in fiscal 2025.

Moreover, the market for motors used in robots is expected to expand amid a global labor shortage. As part of its investment offensive, Nidec plans to renovate factories for hard-drive motors -- which now make up just 13% of its sales, down from 60-70% at their peak -- to produce robot parts and add new facilities for those components. The plan is to increase production capacity for these products fortyfold by fiscal 2021.

In China and Vietnam, Nidec plans to increase output of motors for energy-saving appliances.

Investors seem to share Nidec's strong outlook. The company's projected price-to-earnings ratio for this fiscal year is 41, far above the 20s at rival electronic component makers Murata Manufacturing and Kyocera.