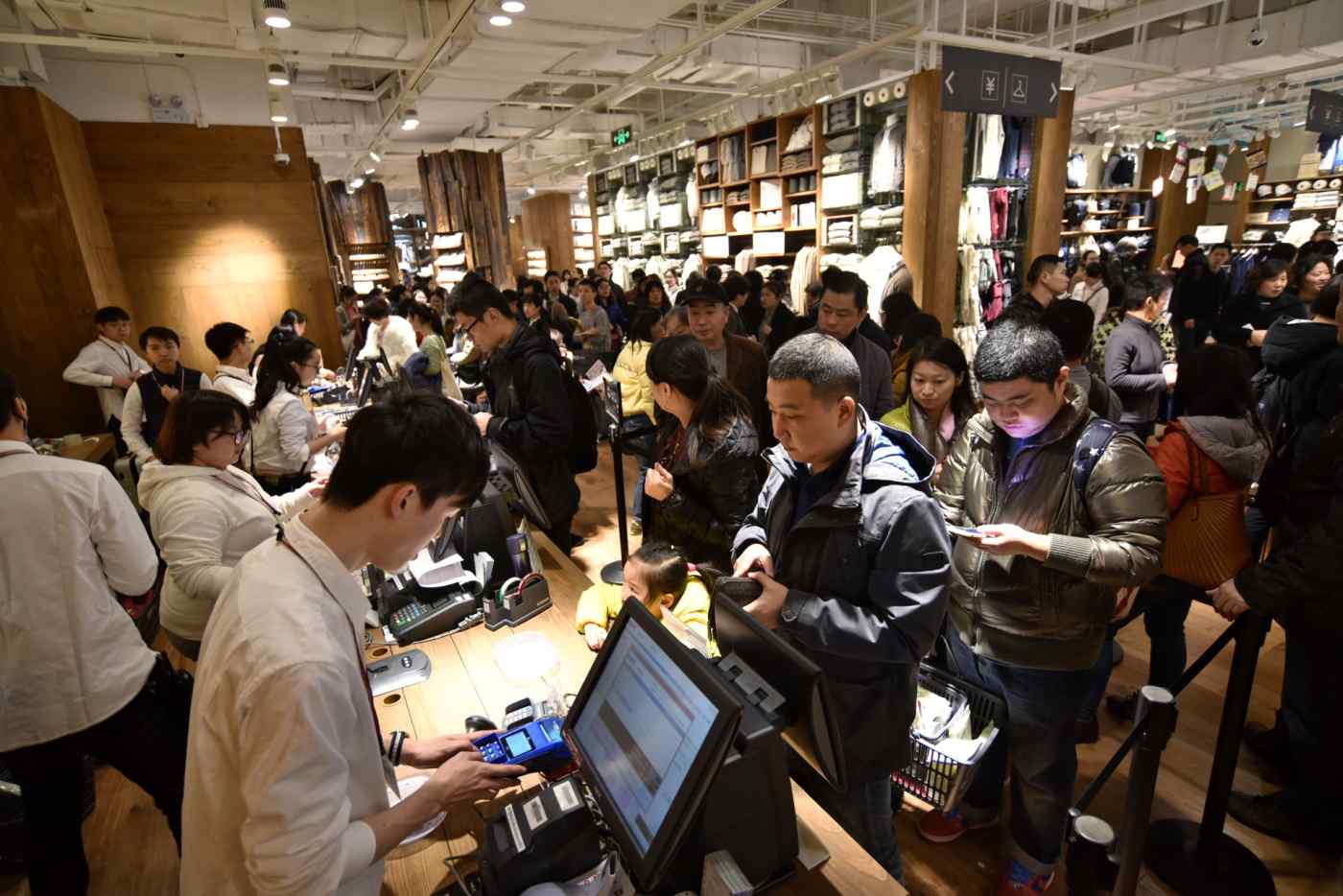 TOKYO -- The operator of the Muji retail chain plans to open about 40 new stores per year in China over the next four years, looking to boost name recognition and better reach the growing Chinese middle class.

Tokyo-based Ryohin Keikaku already operates about 200 stores across 50 cities in China, selling some 4,000 items such as clothing, cosmetics, food and housewares. It sees even greater potential for growth given the size of the Chinese market.

The company aims to have up to 360 Chinese locations in four years' time. The new openings will increase its presence in major cities like Shanghai and Beijing, while making inroads into places like Chongqing and Suzhou.

The Muji brand will also be featured in a new hotel venture in China with Japan's Odakyu Electric Railway. Ryohin Keikaku is in charge of interior design at the Muji Hotel, which an Odakyu subsidiary will open in Beijing this year. The rooms will feature bedding, curtains and other furnishings from Muji, and customers will be able to shop at the brand's outlet inside the hotel.

Rapid economic growth has lifted Chinese incomes. This has helped feed demand for Muji products, which are relatively expensive but have found appeal with their blend of form and function.

Beyond China, Ryohin Keikaku has launched a joint venture in the Philippines with local retailer Stores Specialists, allowing it to directly operate locations there instead of franchising them. It will also consider entering the Russian market.

Ryohin Keikaku operates about 400 stores overseas, mainly in Asian markets including mainland China, Taiwan and South Korea. It has been building its network abroad by 50 to 60 locations each year, and will continue to expand aggressively over the next four years. The company looks to add another 10 or 20 stores to the roughly 420 it operates at home, but is expected to have more locations abroad than in Japan by the end of fiscal 2017. It aims for a 60% increase in its overseas presence between now and 2021 to about 640 locations.

Ryohin Keikaku expects to report group operating profit from overseas operations of 16.3 billion yen ($146 million) for the fiscal year ended February, down 4% on the year owing to a strong yen. But foreign operations now account for more than 40% of total profit. The company seeks to make Muji into a global brand by growing its store network and pursuing new business opportunities.

The Muji operator is competing with both compatriots and foreign rivals in China. Uniqlo operator Fast Retailing is expanding there at a rate of 100 new stores a year. The Japanese competitor's low-priced GU brand has a presence there as well. Uniqlo is among the biggest clothing brands in China by number of outlets. H&M operator Hennes & Mauritz of Sweden as well as Zara parent Inditex of Spain also consider China a key market, and are opening more than 60 new stores there every year.

Sweden's Ikea, the world's largest retailer of furniture, now operates about 20 outlets mostly in Beijing, Shanghai and other major cities. It is launching about three new locations a year.