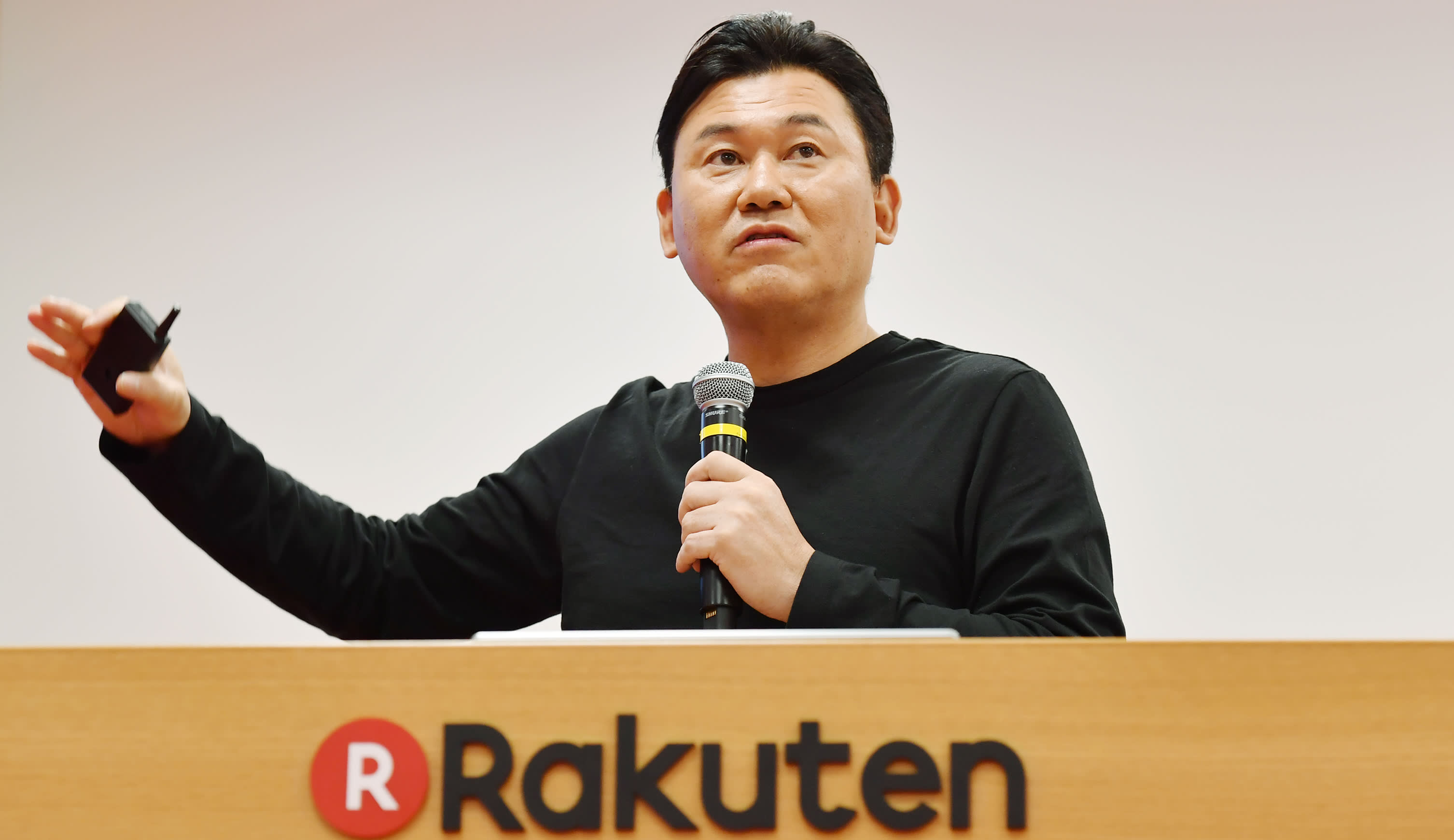 TOKYO -- Rakuten applied for a cellular frequency band with Japan's communications ministry on Monday, aiming to launch service in 2019 as the country's fourth wireless carrier.

The e-commerce site operator plans to have 15 million customers in about 10 years by mounting a direct challenge to the three established players -- NTT Docomo, KDDI and SoftBank Group.

Rakuten Mobile Network was set up in January to that end, with Rakuten's chairman and CEO, Hiroshi Mikitani, at the helm. The company will invest 600 billion yen ($5.61 billion) for such infrastructure as cellular base stations.

The ministry will spend about a month reviewing the business plan. Applications for spectrum from new providers will generally be viewed more favorably than applications from existing carriers since the government aims to foster competition in the field.

Rakuten's mobile phone business currently leases licensed spectrum from other carriers as a mobile virtual network operator. Although investment will rise, the Tokyo-based company determined that having its own mobile network would be more economical than paying connection fees to another carrier if its customer base expands. It plans to offer wireless plans paired with other services like online shopping points.

The communications ministry will free up the 1.7-gigahertz and 3.4GHz bandwidth being used by the Defense Ministry and others. The three main carriers also applied for the spectrum on Monday. Should Rakuten Mobile receive the bandwidth, it will mark the first time a new entrant has received spectrum since eAccess, now a part of the SoftBank group, was allotted a frequency band 13 years ago.

But smartphone users have far more options now than they did just a few years ago due to the rise of low-cost providers and as big carriers have rolled out cheaper plans in response. To win customers from competitors, Rakuten will likely have to differentiate itself on service and in other areas.