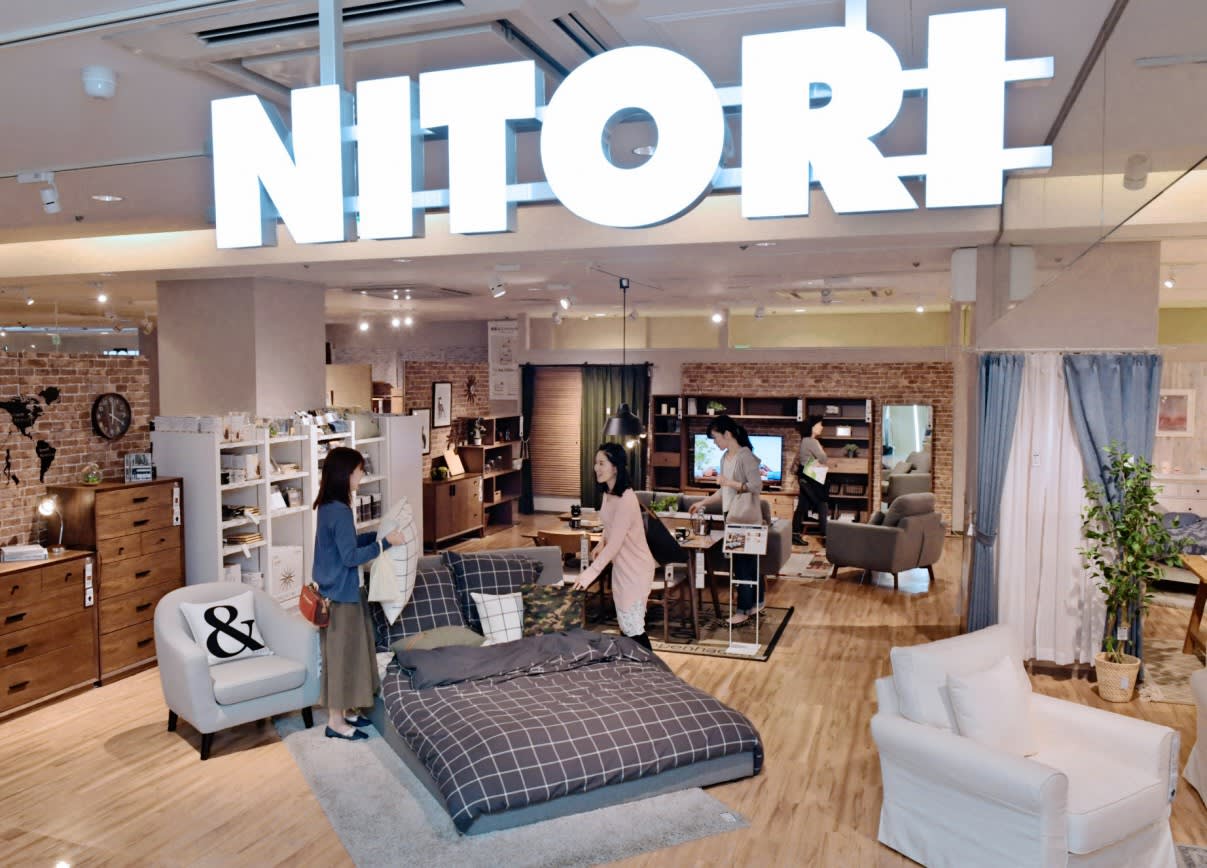 Nitori Holdings has been opening more stores in urban areas, where labor costs and rent tend to be higher than in the suburbs.
KAZUHIRO NOGUCHI, Nikkei staff writerMarch 28, 2018 01:49 JST | Japan
CopyCopied

The Japanese company's sales climbed 12% to 572 billion yen in the year through Feb. 20, beating the forecast by about 4 billion yen, on strong demand for such signature products as comfortable beds and mattresses and the N Warm series of heat-retaining bedding. Same-store sales rose 2.9%.

Fuminori Takeda, general manager in charge of accounting and finance, blamed the shortfall on a bigger-than-expected rise in selling, general and administrative expenses. The cost-to-sales ratio reached 38.7%, up 1.2 percentage points from the previous year and about 3 points higher than the fiscal 2013 low.

Nitori, which had focused on suburban markets, is expanding into urban areas in search of new customers. The company opened an outpost last fiscal year on the trendy Koen-dori shopping street in Tokyo's Shibuya district.

But labor tends to be more expensive in cities, compounding a broader upward trend in hourly wages for part-time workers amid a labor shortage. Urban rents are typically higher as well. Fewer customers take their own purchases home, and parking is limited compared with suburban stores. This means more frequent delivery trips, pushing up costs.

Remodeling expenses are a factor as well. Nitori renovated 41 stores last fiscal year, up from 15 in fiscal 2016.

For the current year ending February 2019, Nitori forecasts sales to grow 7% to 614 billion yen. Net profit is seen up 6% at 68 billion yen, close to last fiscal year's target. Any rise in profits this fiscal year would mark a 20th straight all-time annual high.

Nitori's stock had dropped between 6% and 7% after earnings releases for three straight quarters, starting with the first-quarter announcement last June, amid concerns about progress toward meeting profit projections. Yet the shares reached a record high of 19,400 yen on March 19 and remain not far off that peak despite a moderate decline, suggesting that investors still anticipate further growth.

Chairman Akio Nitori stressed that the renovations will "absolutely" start to have an impact going forward. But cost management will likely remain a challenge.