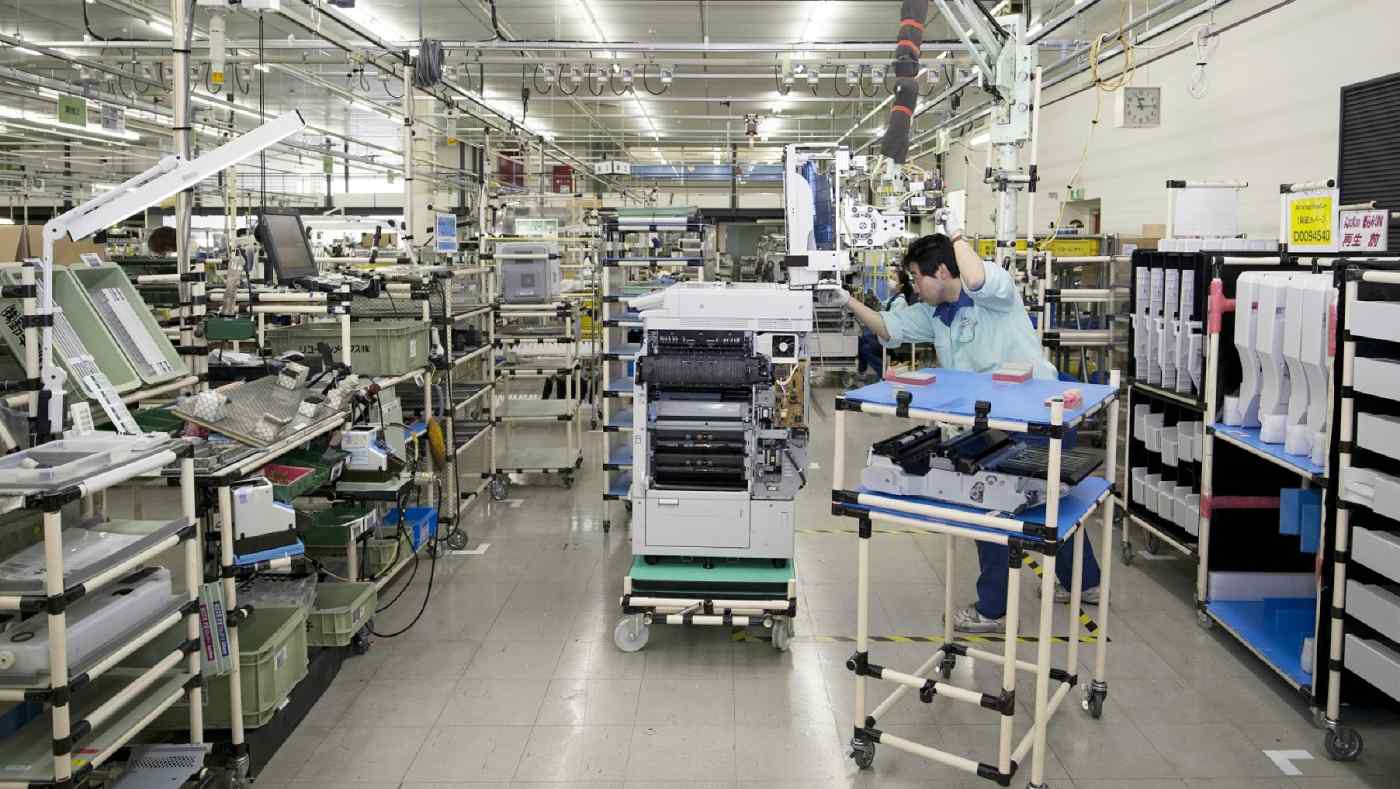 TOKYO -- Japan's Ricoh plans to trim about 4,000 workers from its payrolls as soon as the coming fiscal year, streamlining and selling assets in its ailing core business of office equipment with an eye toward investing in future growth.

The company's plans involve shedding slightly over 3,000 employees in Japan by March 2019, including by selling off a domestic logistics unit, and shrinking management ranks in Europe. The cuts amount to 4% of the group's global workforce.

The shift in modern homes and offices toward digital solutions has stalled sales of paper-using devices such as printers, copiers and scanners, a category that accounts for the bulk of Ricoh's revenue. Confronted with plummeting earnings, the group has already thinned its workforce by more than 5,000 since the present fiscal year began, primarily in North America.

In addition, Ricoh will sell an aging factory for copiers and other office equipment in the Chinese industrial hub of Shenzhen to a state-owned company for a likely profit in the tens of billions of yen (10 billion yen equals $94.4 million at current rates). Ricoh expects to retain sizable funds from the sale, even factoring in plans to build a more modern factory nearby.

The company further plans to sell its equity stake in a distributor for soft-drink maker Coca-Cola for about 56 billion yen. Furthermore, it is considering logging tens of billions of yen worth of impairment losses on a U.S. office equipment distributor it purchased in 2008 for about 160 billion yen.

But Ricoh is also setting aside at least 200 billion yen for mergers and acquisitions in the fiscal years 2018 and 2019. Likely targets include companies involved in commercial and industrial printing, as Ricoh seeks to diversify from office printing.

The company expects to break even on a net earnings basis for the year ending this month. Expenses associated with the personnel cuts and other restructuring efforts are expected to weigh down results for fiscal 2018 as well, but Ricoh will seek to chart a path to growth as cost-saving measures take their course.