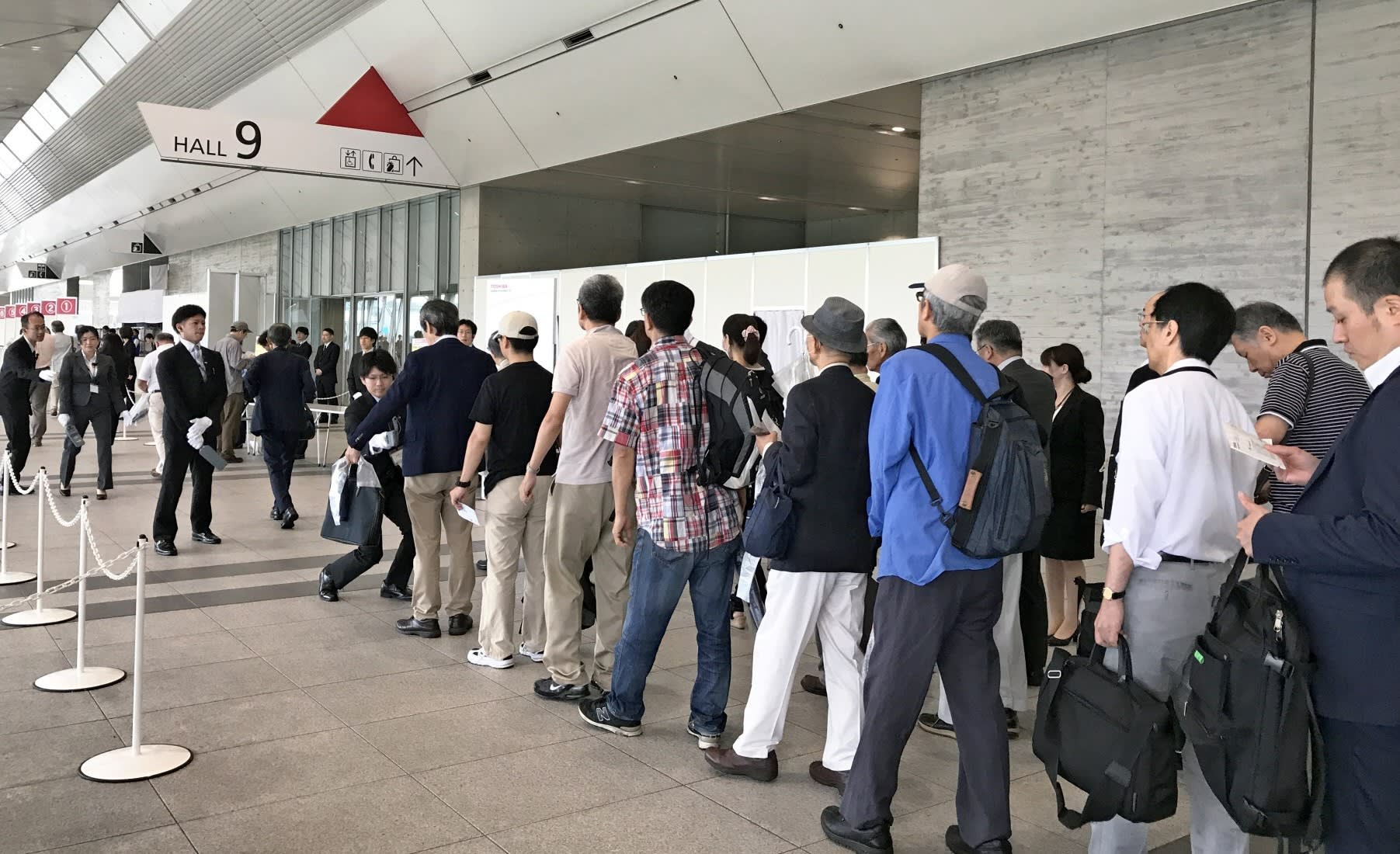 CHIBA -- Toshiba shareholders called on the ailing electronics manufacturer to reform its corporate culture at the company's annual meeting on Wednesday in Chiba, near Tokyo.

President Satoshi Tsunakawa kicked off the 10 a.m. gathering by saying sorry. "First of all," he said, "I apologize to shareholders for not officially reporting last fiscal year's earnings due to the time needed for the auditing process."

Added the president, "I apologize from my heart to shareholders and other stakeholders for making you worry." After making these comments, the president was joined on the stage by other executives for a collective bow.

During the question and answer session, shareholders called on Toshiba to reform its corporate culture, with some claiming there was atmosphere at the company in which employees could not speak frankly with their bosses. 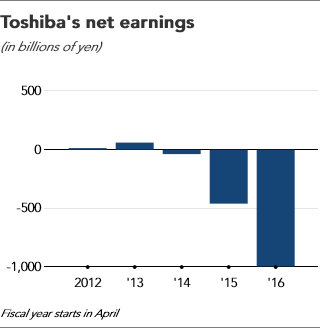 One shareholder drew applause from others in attendance after he said, "Corporate culture will change immediately if all the directors are replaced." Tsunakawa replied by saying Toshiba is trying to improve its culture by introducing an internal reporting system, among other changes.

Toshiba booked a net loss of 995 billion yen ($8.9 billion) for the year ended in March due to red ink at its U.S. nuclear arm. Toshiba's shareholder equity had fallen to negative 581 billion yen as of March 31. The company is desperate to generate cash by selling its memory chip unit.

On June 21, Toshiba named a consortium led by the state-backed Innovation Network Corp. of Japan as the preferred bidder for the sale. The Development Bank of Japan and U.S. fund Bain Capital would also invest in the memory unit, while South Korean chipmaker SK Hynix would provide lending.

Tsunakawa told the shareholders meeting that the company is still in talks with the consortium. "We are negotiating [with the consortium] so that we can sign the deal as soon as possible," Tsunakawa said. He explained that taking into account the different views of the parties involved takes time. "We aim to close the deal by next March," the president added.

One shareholder asked why Toshiba is selling its successful memory business. Tsunakawa responded by saying, "The memory business involves heavy research and development costs. At this moment, we cannot afford that much investment."

Some shareholders urged Toshiba to withdraw from the nuclear business, which has brought massive losses to the company. But Tsunakawa said it will continue business related to plant maintenance and restarting halted facilities.

The meeting lasted for more than three hours, with the Q&A session alone running for nearly two and a half hours.

Two proposals were approved at the meeting: the re-election of nine board member directors and the spinning off of its energy unit.