TOKYO -- Japanese cosmetics company Shiseido is bringing information technology into its product offering, enabling customers to personalize their beauty care. The move comes as the company seeks to expand their clientele to reach smartphone-savvy but picky millennials.

Shiseido's new Optune skin care system, which will debut this spring, marks the company's first step into the burgeoning market for personalized products.

The high-tech Optune system comprises a special dispenser, a smartphone app and the internet of things, which together work to create a program for individual users.

"Cutting-edge digital technology will allow us to disseminate 'personalized beauty' as no one has done before," said Shigekazu Sugiyama, president of Shiseido Japan, the subsidiary in charge of domestic operations.

The Optune system combines the technology of California-based MatchCo, a startup that Shiseido acquired last year, and its own accumulated know-how in prescription technology. MatchCo specializes in scanning of user's skin through smartphone apps. A photo of a user's skin is uploaded to a cloud server where algorithms calculate optimal serum-moisture variations.

With Optune, users take photos of their skin, which are uploaded to an app and analyzed. The system takes into consideration things like the weather and the customer's health before calculating the ideal blend of serums and moisturizers based on algorithms. The results are sent through the internet to dispensers in customers' homes.

The dispensers combine the ingredients in the prescribed proportions to make a custom skin care treatment. Optune is capable of creating more than 1,000 serum-moisturizer variations.

Skin care cosmetics are mainly produced en masse, partly because of technological constraints, but that is changing. "The evolution of technologies such as artificial intelligence is paving the way for more than several million variations," Shiseido President Masahiko Uotani said.

Bespoke products are increasingly being offered in other areas such as fashion in response to diversifying consumer tastes. "There is still no [cosmetics] company that has been able to integrate personalization into their business models," Uotani said. "If we lead in this field, we could beat global competitors that are larger than us."

Shiseido looks to further develop Optune by incorporating the technology of another startup it purchased in November; Massachusetts-based Giaran. The U.S. company's image-recognition technology enables "exact color-match" for each skin tone, according to their website. Shiseido also recently announced a new brand targeting millennials, a demographic that has proven tough to crack. The brand, Posme, was developed in conjunction with about 150 high-school girls, who provided input on the concept and design.

Featured in Posme's catalog are Play Color Chips, or miniature squares containing small amounts of coloring that can be applied by fingertips to the lips, cheeks, eyes or eyebrows. It is promoting product previews of Posme on Instagram and Twitter during various stages of development, using feedback to improve the offerings.

Shiseido's strength with consumers has been driven by products that target middle-age and older women, but when it comes to youth-oriented items, the company's last hit came in 2003 with Majolica Majorca, a low-priced makeup brand. 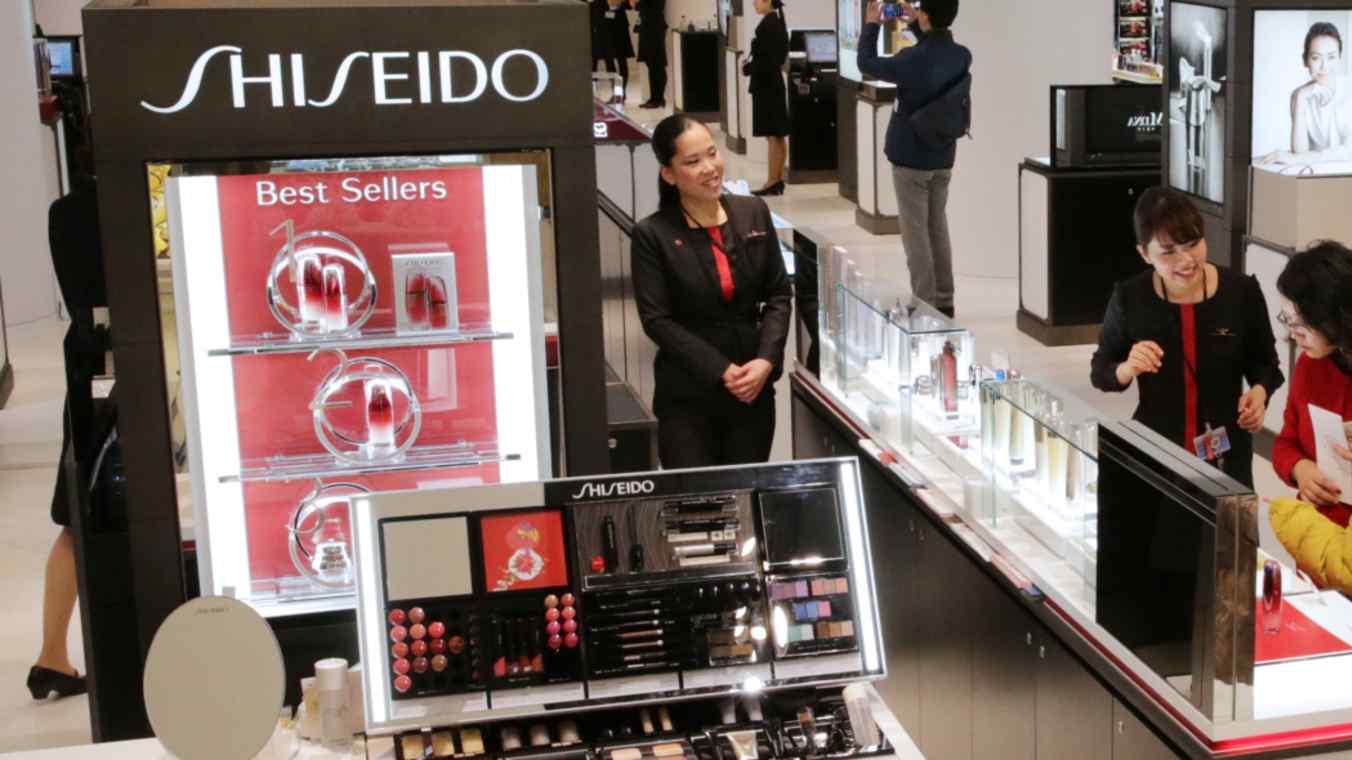 Shiseido is Japan's top cosmetics maker by sales, with revenue twice its nearest rival. But according to a ranking compiled by the Japanese beauty site @Cosme, the only Shiseido brand in the top 10 among teenagers is Majolica, at fifth place. Mid-tier rivals and non-Japanese brands generally outperformed Shiseido in the ranking.

While Shiseido has maintained a loyal following among older consumers and tourists coming to Japan, the company has been confounded by the new generation. The old approach of using celebrities in commercials does not work if the intended audience has drifted from television to smartphones.

If Shiseido can put together a successful online advertising model, it will be able to bring down promotional costs dominated by commercials. Otherwise, the company could find itself with a shrinking consumer base.