Toyota may mass produce electric cars in China in 2019 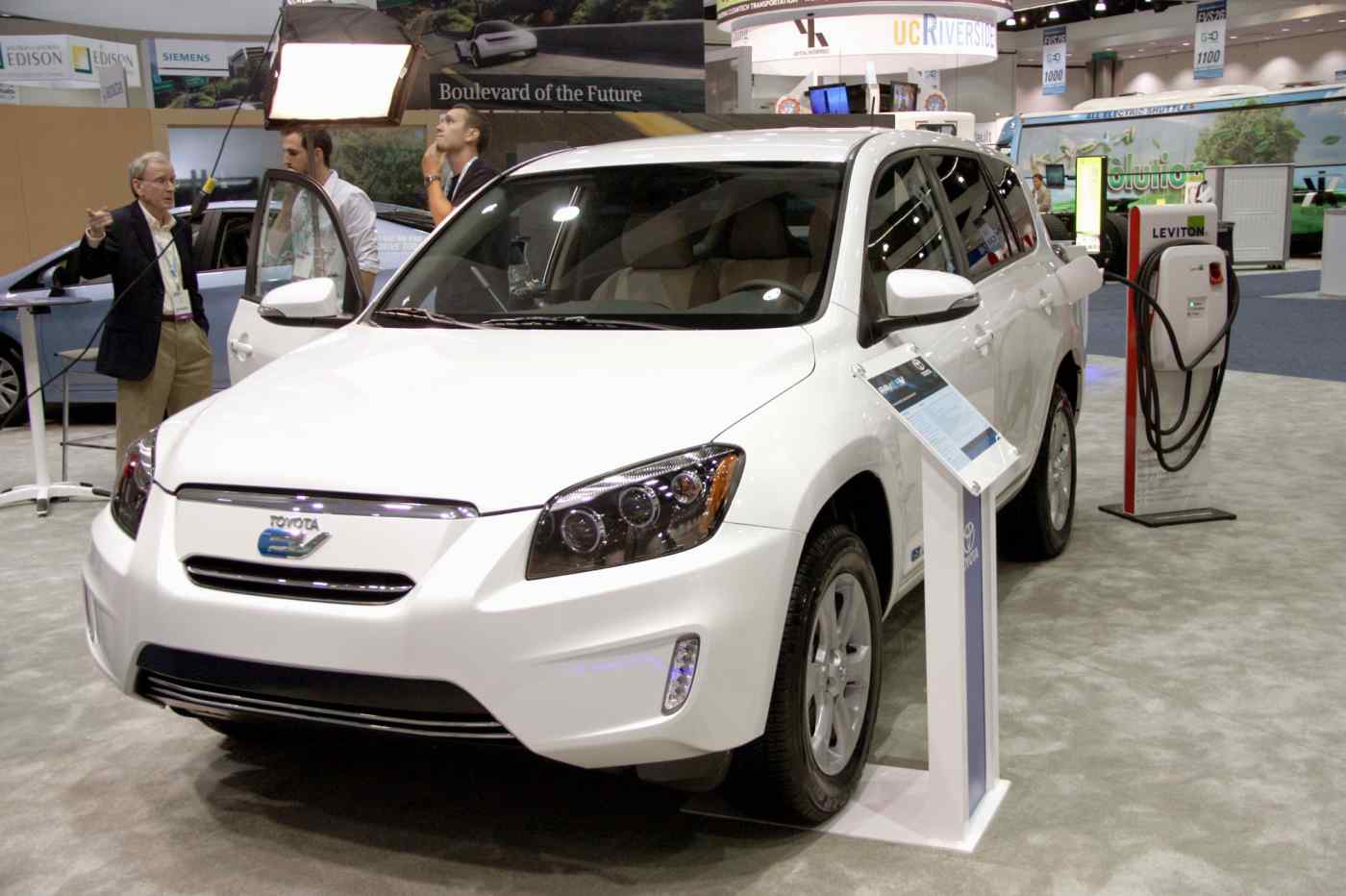 NAGOYA, Japan -- Toyota Motor might begin mass producing electric cars in China in 2019. The Chinese government is planning to impose production quotas for "new energy cars" as early as in 2018, and the Japanese automaker is committed to meeting the quota and remaining competitive in the world's largest car market.

Toyota in 2012 rolled out the RAV4 EV, an electric SUV, powered by lithium-ion batteries from Tesla of the U.S. But the model sold only 2,500 units, and the automaker later decided to stop making the things.

Now it appears to be ready to fully embrace the mass production of electric cars.

The automaker has not decided how many electric cars it might produce in China but will likely focus on SUVs. These vehicles are popular among Chinese drivers. They would also require less time to bring to market since they already have built-in space for the big batteries that will be needed.

Over the long term, Toyota is prioritizing fuel-cell-powered vehicles. However, setting up an adequate number of hydrogen stations -- essential infrastructure if these cars are to ever catch on -- requires time.

With the U.S., Chinese and other markets imposing stricter environmental controls, Toyota is being urged to get with the program by 2020. In December, Toyota and some of its group companies -- Denso, Toyota Industries, Aisin Seiki -- put together a "startup" to develop electric cars.

The Chinese government has been pushing hard for easier-on-the-environment cars. In one program, it subsidizes purchases of these cars. But it is now asking automakers to ensure that they produce and sell a certain amount of new energy rides -- electric cars, fuel-cell vehicles and plug-in hybrids. At present, electric cars account for a mere 2% or so of the country's entire fleet.