Convenience store operator seeks to cut its CO2 emissions by 5% 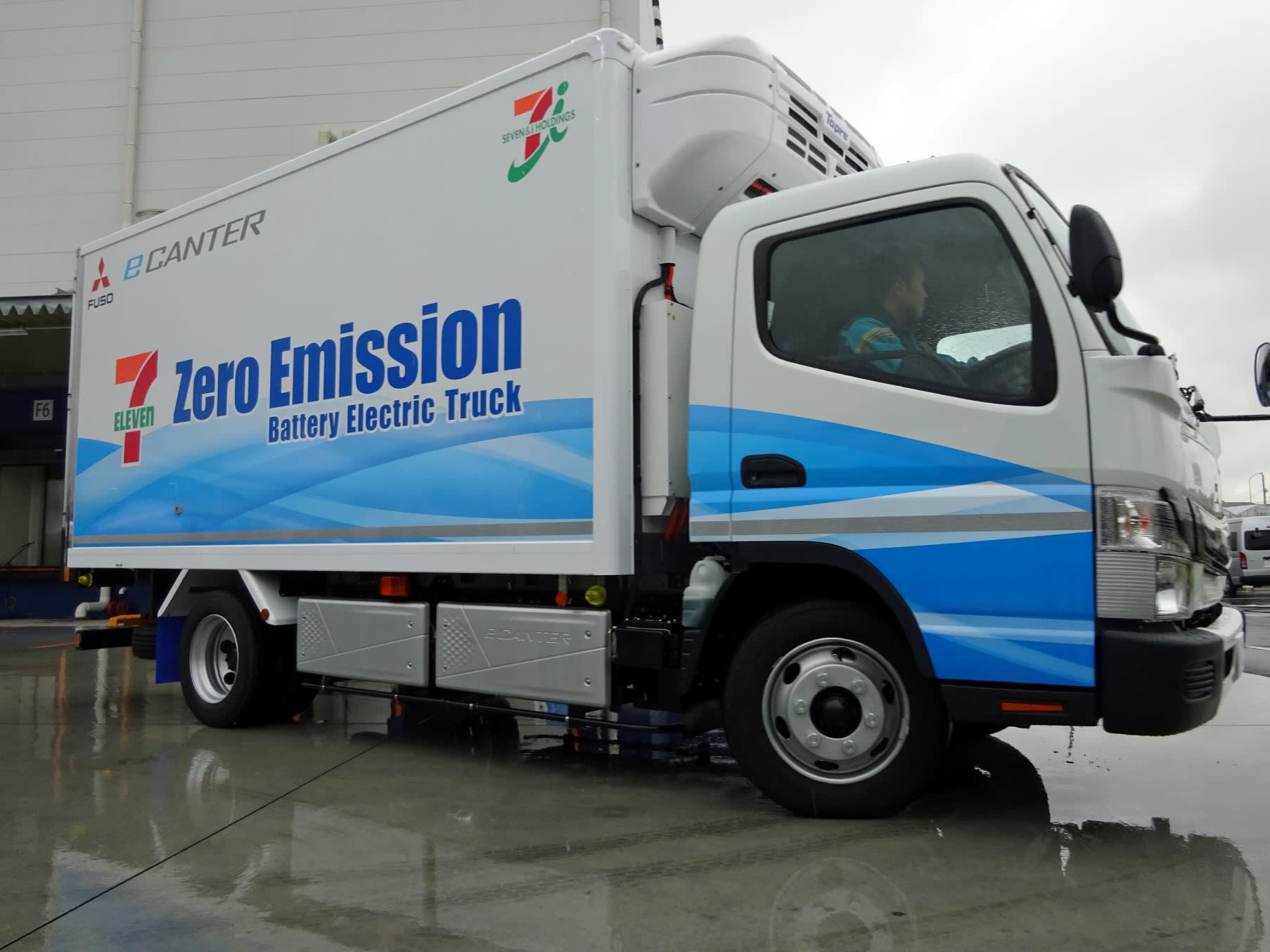 TOKYO -- Seven-Eleven Japan has begun delivering refrigerated products to stores in Ehime Prefecture on trucks that run on a fuel mixture that includes cooking oil.

It is one of the measures that the convenience chain is taking to reduce the carbon dioxide emissions of its logistics division.

Ehime is a sliver of a prefecture along the Seto Inland Sea. It has 1.36 million inhabitants and 111 7-Elevens. The chain store operator plans to reduce the CO2 emissions from its delivery trucks in the prefecture by about 5%, or 31 tons a year. Seven-Eleven will also consider the biodiesel mixture for its trucks carrying frozen and non-refrigerated products in Ehime.

Consumers in Ehime can drop off used cooking oil at more than 400 community centers, supermarkets and other locations. The prefectural government is involved in the collection process, and eventually Seven-Eleven combines the biofuel with light oil. The fuel mix contains 5% biofuel.

The company is not receiving subsidies. Its fuel expenses in the prefecture are expected to be nearly the same as if it were buying light oil.

The chain store operator will look into teaming up with the public sector in other regions as well.

In another move, Seven-Eleven in February began introducing electric trucks made by Mitsubishi Fuso Truck and Bus to its delivery fleet. The plan is to deploy 25 electric trucks in Tokyo, Kanagawa and other prefectures by summer. Seven-Eleven also plans to partner with Toyota Motor to introduce fuel cell-powered delivery trucks. The two companies will begin tests by 2019.

Seven-Eleven emitted 1.65 million tons of CO2 in fiscal 2016, with the logistics division accounting for 13%, or about 210,000 tons, of the total. Currently, 15% of Seven-Eleven's 6,000 or so delivery trucks are considered eco-friendly. By introducing electric trucks and other easier-on-the-environment vehicles, the company plans to increase the ratio to 20% by 2020.

Seven-Eleven has about 20,000 outlets nationwide.

Aeon, Japan's largest retail conglomerate, is trying to reduce its carbon footprint as well. In July, the company teamed up with Sapporo Holdings to get deliveries part way to their destinations via ship. By using the sea, Aeon halved its CO2 emissions from delivering beverages and other products.

Aeon has now contracted with 17 vendors to use ocean transport.

According to data from the Ministry of Land, Infrastructure, Transport and Tourism, Japan emitted a total of 1.22 billion tons of CO2 in fiscal 2015. Internal combustion engines in automobiles and sea vessels accounted for nearly 20% of this.