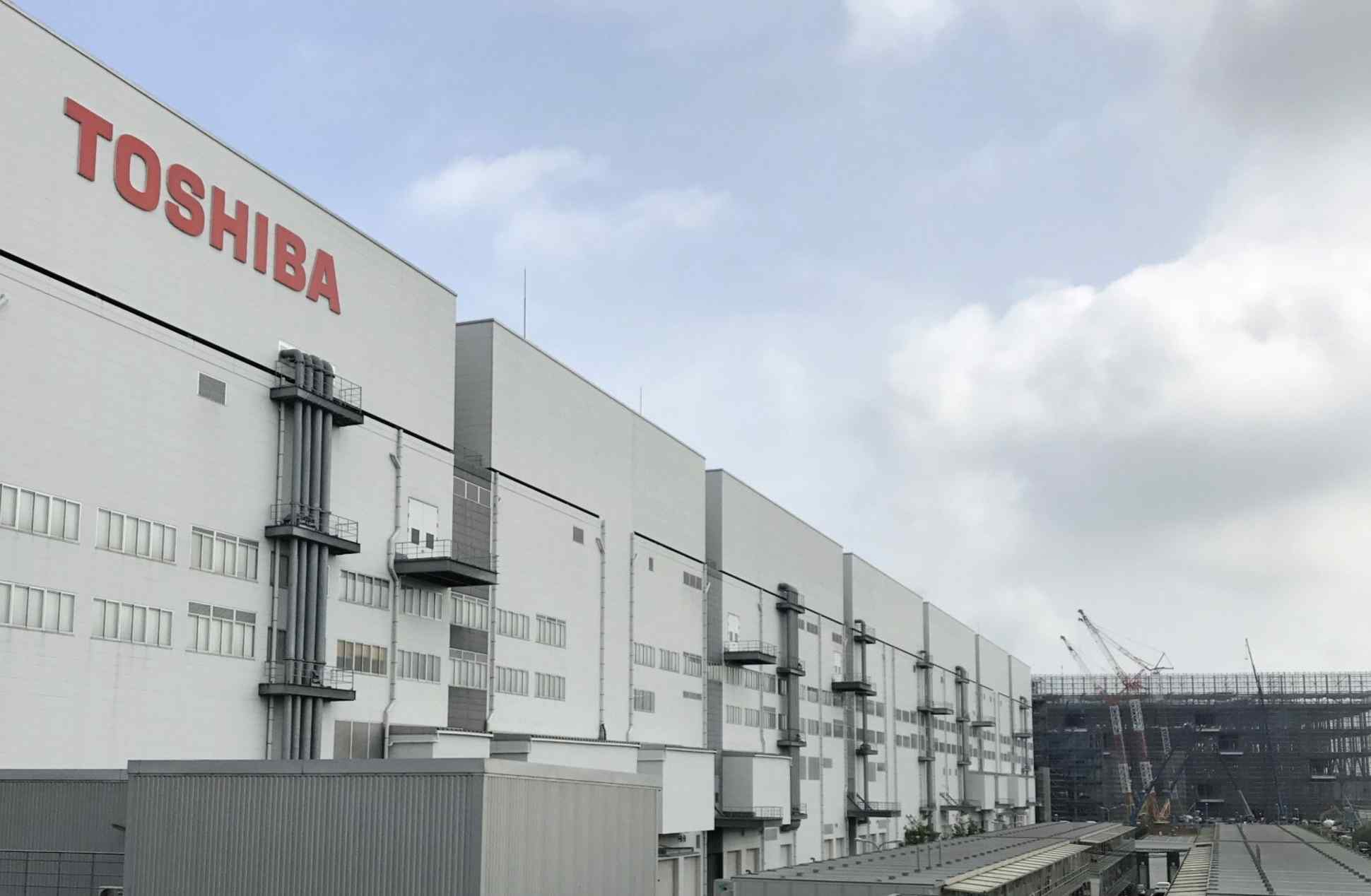 Toshiba's Yokkaichi plant in Mie Prefecture. The company will partner with Western Digital in construction of a new building to house memory chip production lines.
Japan-Update

Western Digital to invest $4.6bn in joint venture with Toshiba

Reconciling differences, partners seek to make up ground on Samsung

TOKYO -- Western Digital will invest about 500 billion yen ($4.68 billion) over the next three years in a memory chip venture with Toshiba, helping their joint operations recover after a bruising legal spat between the companies.

The investment will help fund construction of a production building at Toshiba's Yokkaichi plant in Mie Prefecture, home to joint chipmaking operations with Western Digital, as well as work on a plant in Kitakami, Iwate Prefecture, set to open in 2020. This will let Toshiba Memory and Western Digital steadily increase joint production of 3-D flash memory chips, which have significantly higher data capacity than their conventional counterparts. Demand for high-capacity memory is growing rapidly, led by customers operating data centers.

The two companies have agreed to split capital spending evenly, excluding for the cost of buildings and the like. Toshiba Memory announced last autumn that it planned to put more than 300 billion yen into the joint operations annually. Western Digital's planned investments will help keep pace with its partner.

SanDisk -- Toshiba's original partner -- and Western Digital, which acquired the American chipmaker in May 2016, have put around $15 billion into the Yokkaichi plant over the past 15 years or so. Each new generation of memory chip is more difficult to produce than the last, requiring pricier machinery and therefore more investment. Yet in 2017, when the global memory market was booming, cooperation between Toshiba and Western Digital was breaking down. The Japanese company announced in February that it would sell off memory operations to cover major losses linked to its U.S. nuclear power business, prompting Western Digital to file suit to block the sale of Toshiba Memory to any third party.

In response, Toshiba shut off a system that engineers from the two companies used to share data, throwing development operations into chaos. The Yokkaichi plant boasts a higher flash memory production capacity than the main facility of market leader Samsung Electronics. But the South Korean company increased its lead during the year, more than doubling Toshiba's share for the first time ever.

Though Toshiba still looks to sell its memory unit to a team let by American private equity fund Bain Capital, tensions now appear to have abated, as Toshiba Memory and Western Digital have reached a settlement that will keep them cooperating regardless. "We will proceed hand in hand with Western Digital," Toshiba Memory President Yasuo Naruke said at a news conference Friday inaugurating a development building at the Yokkaichi plant. The new building stands as a symbol of cooperation between the partners, said Siva Sivaram, Western Digital's executive vice president for memory technology. The center will employ around 2,000 engineers total from the two companies. Toshiba Memory intends to hire around 500 technicians versed in semiconductors over the next two to three years.

The sale of Toshiba Memory, meanwhile, has hit a roadblock in the form of Chinese antitrust screening. The deal is expected to still be awaiting approval at the end of March, when Toshiba originally hoped to close the sale. But the Japanese company's 600 billion yen capital, raised in December, means "Toshiba's financial situation will have improved" even if the sale does not close on time, Naruke said, letting the company avoid delisting from the Tokyo Stock Exchange. "I believe approval will come sometime in April, May or June," Naruke said.