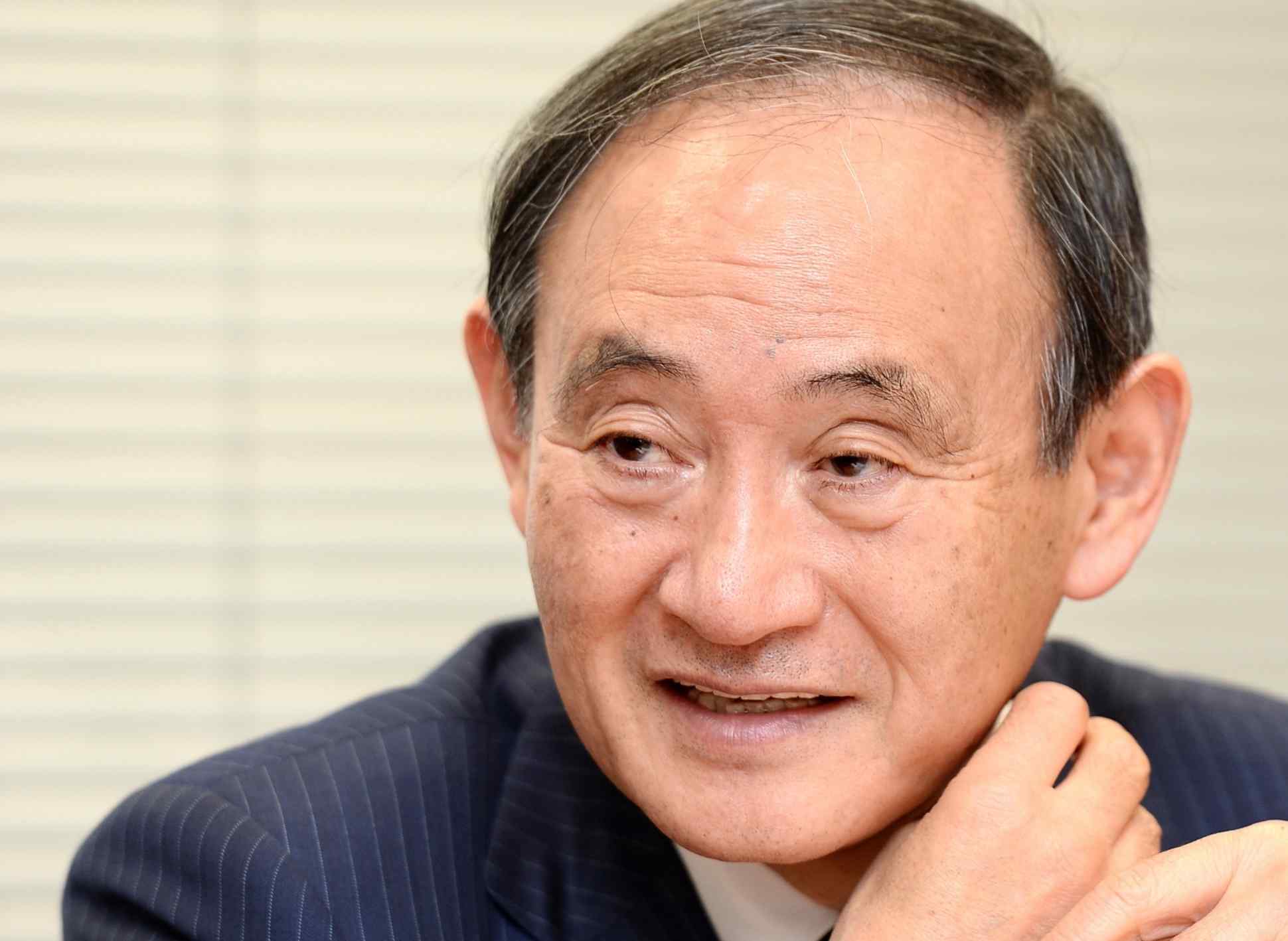 Japan's Chief Cabinet Secretary Yoshihide Suga, 69, discussed some of the issues the country faces as the new year approaches.
Looking ahead 2018

TOKYO -- Yoshihide Suga, the right-hand man to Japanese Prime Minister Shinzo Abe, says 2018 provides an "excellent" opportunity to improve Sino-Japan relations and that Japan is ready to cooperate in China's Belt and Road Initiative if it contributes to global peace and prosperity. The chief cabinet secretary made the comments during a wide-ranging interview with The Nikkei.

Q: Do you expect further tension on the Korean Peninsula?

A: Economic sanctions imposed on North Korea are beginning to bite in. The North Korean situation will become a very large issue. We will pay the greatest possible attention to North Korea's next move and deal with the situation based on the Japan-U.S. security treaty. The view in the U.S. is that the North will be able to mount nuclear warheads on an intercontinental ballistic missiles by October 2018. The North Korean regime says "We are set to explode, we are set to explode!" at every possible opportunity. This is one of their diplomatic tactics and to over-react to this would be tantamount to playing into their hands. It is important to respond in a cool-headed manner rather than succumb to threats.

Q: What are the possibilities of Japanese residents or companies in South Korea being hurt?

A: The government will always consider the worst-case scenario and secure the safety of Japanese nationals. We will cooperate with U.S. forces stationed in Japan, and we are also closely coordinating with the South Korean government.

Q: The year 2018 marks the 40th anniversary of the peace and friendship treaty between Japan and China.

A: The new year is expected to provide an excellent opportunity to further improve relations, after recent strides toward better ties. If a trilateral Japan-China-South Korea leaders' summit is held by spring, Prime Minister (Shinzo) Abe visits China and Chinese President Xi Jinping visits Japan, the Sino-Japanese relationship will be on a stable course. We hope to deepen mutual trust through strengthened economic ties and people exchanges.

Q: Japan and China have signed four communiques, starting with the Japan-China Joint Statement of 1972 when the two countries normalized diplomatic relations. Do you feel there are prospects for a fifth?

A: I think it will take time before the two nations get around to that, as we are only just beginning to restore friendship. Mutual visits by Japanese and Chinese leaders, should they occur, will likely lead to such developments naturally.

Q: Will the government increase cooperation with China's Belt and Road Initiative?

A: If the projects adopt the kind of openness and transparency that the international community would like to see, and they contribute to regional and global peace and prosperity, then yes, Japan will cooperate.

Q: How serious is the government about improving relations with China?

A: We are serious. But if China says something it should not say, we will assert what is necessary.

Q: Some people are worried that the Japanese government might become overly entwined with American affairs if Prime Minister Abe gets too close to President Donald Trump.

A: Without Japan's recent enactment of security bills, the Japan-U.S. alliance would have been unable to function. [If the event of an emergency,] President Trump will surely ask, "What will you do for us, Shinzo?" There is no chance that America would do all Japan expects of America unless Japan does the minimum required of it.

A: Events in the Middle East could trigger a sudden surge in the yen's value. Accordingly, we will keep an eye out for global market movements.

Q: Do you see any possibility of the U.S. pressuring Japan to push the yen higher?

A: Relations between the two countries are well formulated. Even when Abe and Trump met at their latest summit [in Tokyo], the American side never mentioned a bilateral free trade agreement.

Q: The Abe government will appoint the next Bank of Japan chief, as the current term of the incumbent governor, Haruhiko Kuroda, expires in April.

A: The prime minister lauds Gov. Kuroda's monetary policies. Some people argue the central bank should start discussing exit strategies from monetary easing. But I think it is still too early, as Japan has barely opened the door, hasn't it?

Q: Is there no choice but to raise the consumption tax?

A: Essentially, we do not want to raise taxes. But since the government has committed so much to carrying it through, it means that it will happen.

A: We will cut what is necessary. But we don't want this to dampen economic activity. We will implement this in a way that will not adversely affect the economy.

Yoshihide Suga is a member of the House of Representatives and chief cabinet secretary, a position that oversees the entire bureacracy and doubles as government spokesman. Suga is second in the line of succession, after Deputy Prime Minister Taro Aso, to assume leadership of the government should the Prime Minister become unable to perform his duties.