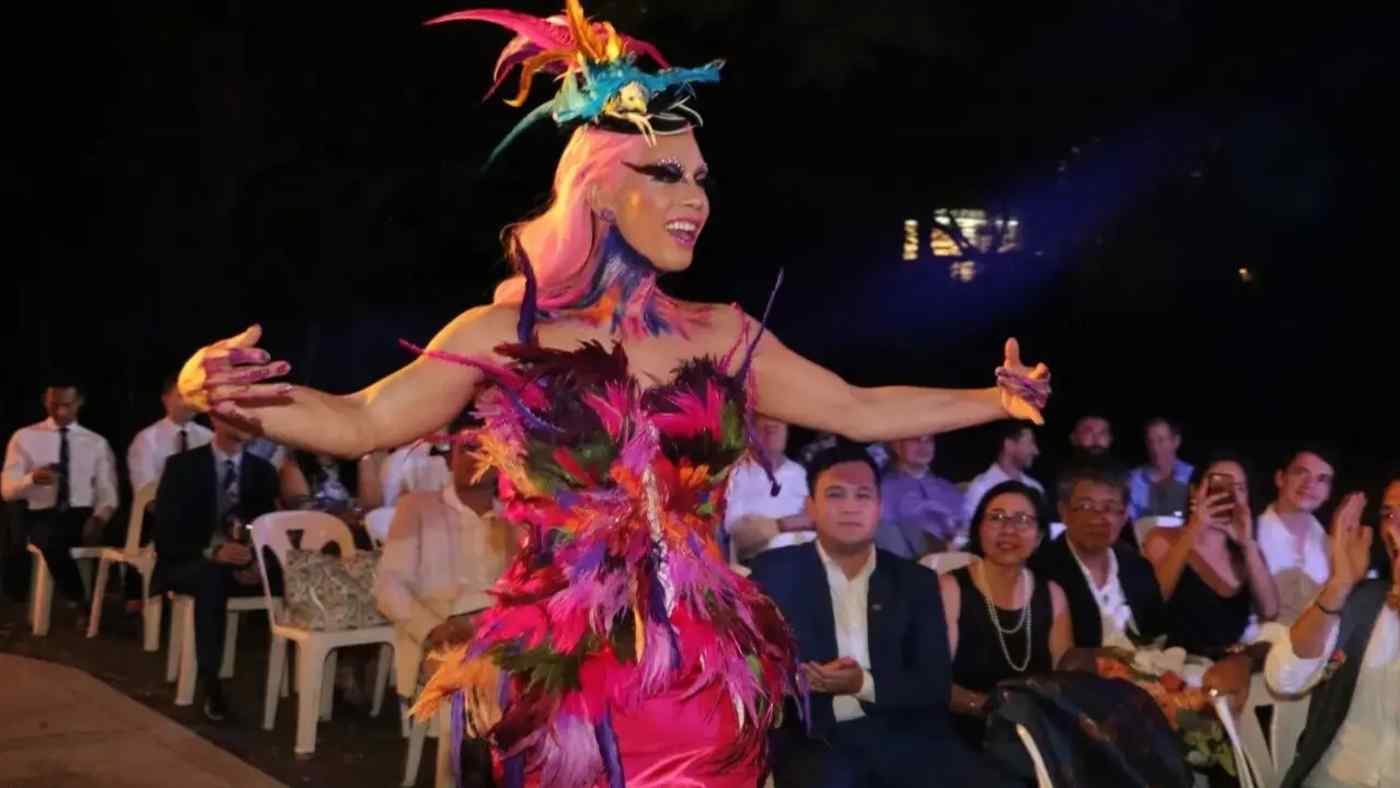 Pangina Heals performs in the residence of the British ambassador in Bangkok. (Photo by Apcom)
VINCENT VICHIT-VADAKANJanuary 30, 2019 09:30 JST | Thailand
CopyCopied

For me, the image of Thailand's most famous "drag queen" strutting past a statue of the 19th century British monarch -- in whose name homosexuality was outlawed throughout her colonial empire -- spoke volumes about the shift in Asian attitudes toward LGBT (lesbian, gay, bisexual and transgender) people.

The performance by Pangina Heals (the stage name of Pan Pan Narkprasert) took place in the august residence of the British ambassador in Bangkok. Guests filed past the stern-faced image of Queen Victoria, whose colonial-era laws outlawing homosexual behavior, known as Section 377, remain on the statute books decades after independence in countries such as Singapore and Malaysia. The same law was in force in India until September 2018, when it was struck down by the Supreme Court.