Unprecedented bush blazes disrupt politics and social norms Down Under 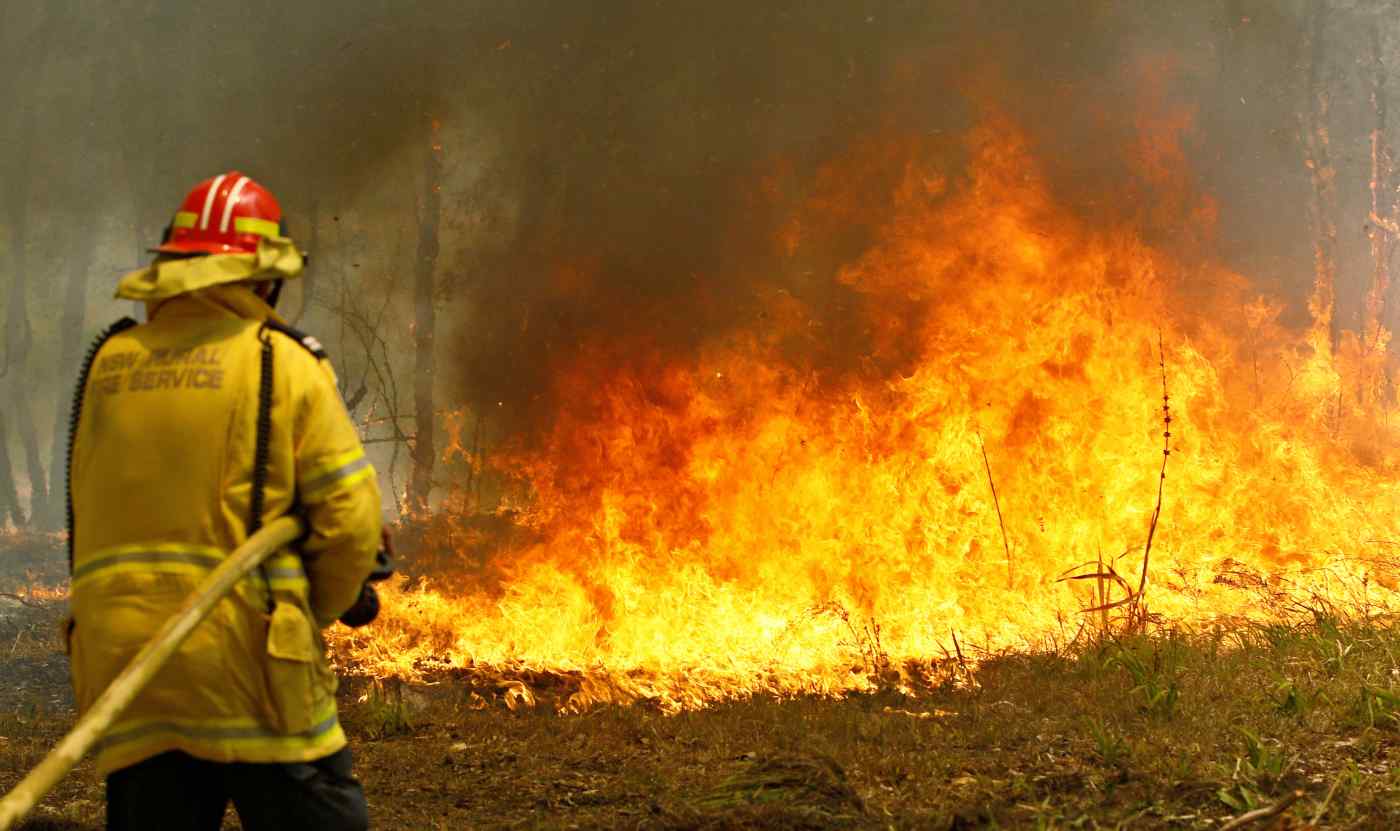 The "Fires Near Me" app on my mobile phone pings frequently as the town where I live, set amid bushland about 150 km north of Sydney in the Hunter Valley, enters another day designated as one of "catastrophic fire risk."

The app, issued by the New South Wales Rural Fire Service, is essential for the new normal of the Australian bush fire season, where months of drought and relentless hot, gusty winds create the perfect conditions for a potential firestorm. It alerts me to any nearby outbreaks and updates their status throughout the day.

Six fires are burning within a 30 km radius but my town is one of the lucky ones. Smoke haze is our only inconvenience. Other places are not faring as well. At least four people have died in recent days. Hundreds of homes, farm buildings, vehicles and livelihoods have been destroyed. A million hectares of land have been set ablaze, decimating wildlife and forcing hundreds of people to evacuate from places inland and along Australia's east coast up to Queensland's Coral Coast. In forests near Port Macquarie, 400 km north of Sydney, hundreds of koala bears and other fauna have perished in the fires.

In the pretty coastal village of Woodgate in central Queensland, old friends, who live one block from the beach, are primed and ready to leave, organizing their pets and packing the car with necessities. If they are instructed to evacuate, they will be escorted by fire trucks, such is the level of danger they face. Their only escape route is a single road out that typifies many of the idyllic beachfront locations along the scenic east coast.

The bush fire cycle will run its annual course through the hot summer months ahead, with the likelihood that fires will spread to other states. But this time may be different. The long-range outlook from the weather bureau is for extended dry conditions, creating a harsher, more volatile and more dangerous environment that will affect more people than ever before.

With the official start of Australia's summer still to come on Dec. 1, normal precautions seem inadequate. Smoke haze is omnipresent, creating breathing difficulties for many people -- particularly for the aged, infirm and asthma sufferers -- in heavily populated areas such as the greater Sydney basin.

In their ferocity and extraordinary scale, the 2019 bush fires raging in parts of the country have already stretched nerves, created political tensions and challenged the scientific consensus on what needs to be done. Fire-fighting resources are near their operational limits, both on the ground and in the air. Fire crews in NSW and Queensland are exhausted, prompting the southern states of Victoria, Tasmania and South Australia to send relief crews. Their own fire seasons usually start later in January or February. Always in the minds of Victorian crews is the horror of "Black Saturday" in February 2009, when 173 people died in one terrible day as 400 fires spread across the state. Who knows what the next fire season will bring? 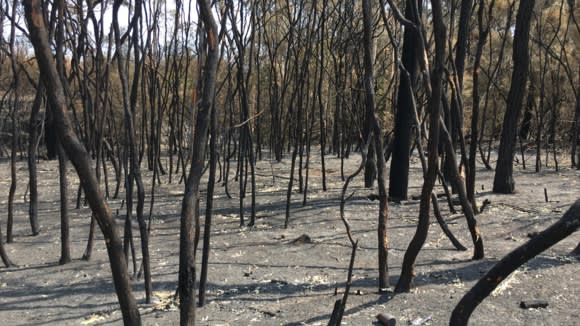 The aftermath of a small bush fire in the Hunter Valley, about 150 km north of Sydney. (Photo by Geoff Hiscock)

Sadly, the fires have highlighted the bad and the mad. A handful of looters and arsonists have been detected, plus careless people who flick burning cigarette butts out of car windows or blithely have open-fire barbecues on a "total fire ban" day.

People in the fire zones are on edge, dismissive of social media outpourings of "thoughts and prayers" from well-wishers when what they want to see is action from a government that seems too complacent. They want more fire trucks, more planes dropping fire retardant, and more burning-off operations in the cooler months.

"Cultural burning" -- the age-old Aboriginal practice of razing scrubland to reduce fuel loads, promote new growth and attract animals along hunting paths -- is back on the agenda.

So is a blistering political storm about the Australian government's attitudes toward climate change, the nation's fire preparedness and the root causes of the outbreaks. The opposition Labor Party and the Greens have cast the incumbent Liberal-National coalition government as coal-loving, climate change deniers whose policies are hopelessly behind the times. Government supporters counter that inner city elites have no idea of life in the bush nor of the burdens farmers face in managing their drought-ravaged land.

It is hardly a debate -- more like an unedifying exchange of insults. Prime Minister Scott Morrison urged people to "take it down a notch" in their rhetoric, promising a fresh policy discussion once the emergency was over. That may be some way off, given the searing temperatures and dry winds that now seem to be the norm for a long Australian summer. Morrison's critics, including a 23-member group of former fire and emergency services chiefs, argue that now is precisely the time for decisive action, when the threat is so starkly real. They want Morrison to treat the fire disaster as a manifestation of a global climate change emergency -- a demand that politically is almost impossible for him to accept.

In the meantime, anxious people in the fire zones keep their cars fueled, bags packed, an eye on the horizon, and an ear attuned to the ping of the "Fires Near Me" app.

Geoff Hiscock is a writer based in rural New South Wales.