Back on the beach in Thailand's model 'sandbox' 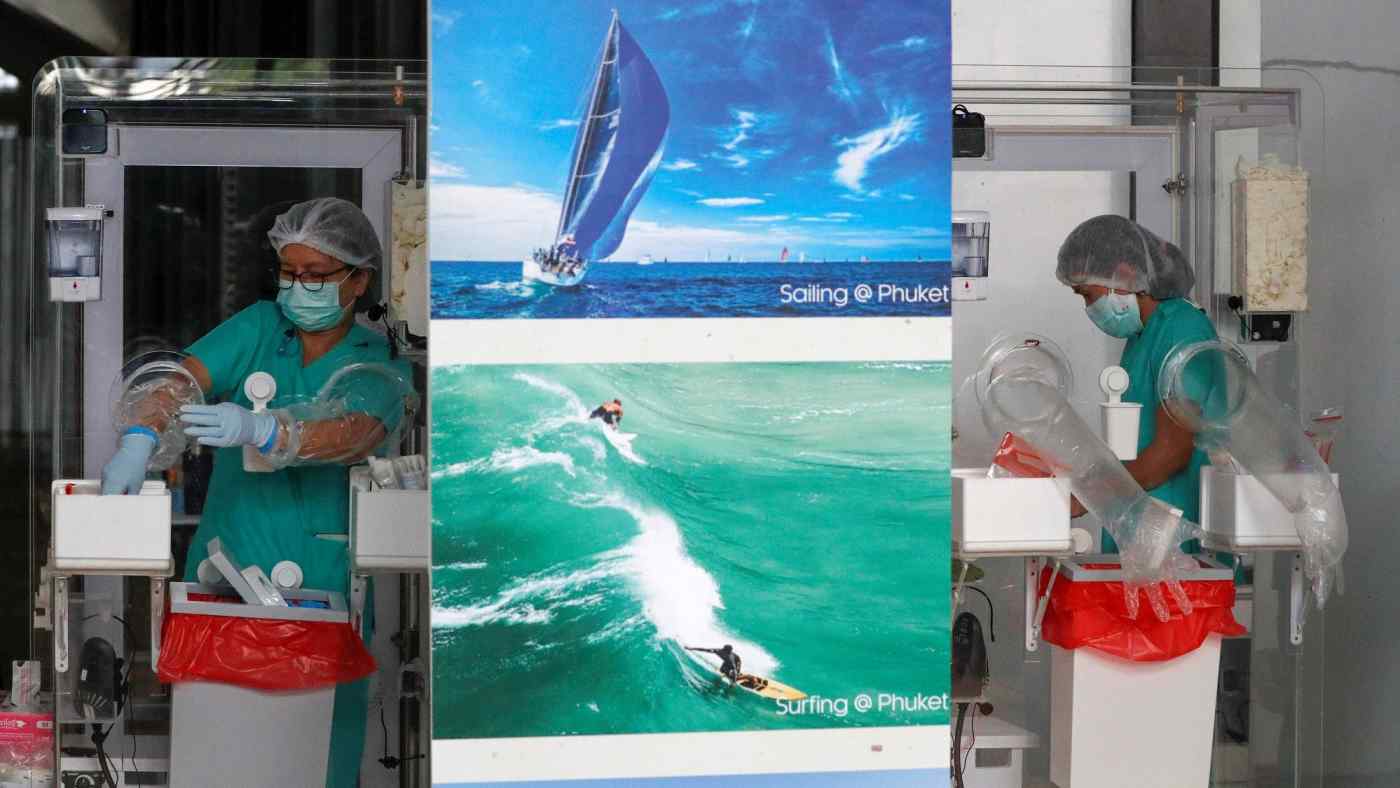 With some 20% of its economy based on tourism, you would expect Thailand's marketing gurus to dream up innovative slogans. They have given us such enduring catch lines as "Amazing Thailand" and "Smooth as Silk" for Thai Airways International. The latest is "Phuket Sandbox" as a pillar for the country's post-COVID-19 tourism recovery program. Thais love a good pun -- and "Sandbox" isn't bad. It evokes both the beach resort's key attraction and the experimental ring-fencing of Phuket Island from the rest of Thailand.

Neither Thai humor nor the subtleties of Thai marketing were uppermost in my mind when I stepped into the Phuket airport arrivals hall in mid-July, just two weeks into the Sandbox program. More pressing was the prospect of running the gauntlet of officials clad in top-to-toe personal protective equipment.

Multiple documents had to be checked -- certificates of entry, proofs of vaccinations, bookings for COVID-19 tests, medical insurance and hotel reservation receipts -- an app had to be installed and a virus test taken on arrival at the airport. After an 11-hour flight from London, the process took nearly two hours.

Despite the onerous procedures, the Phuket Sandbox was a success for us. The alternative -- 14 nights in quarantine in a Bangkok hotel room -- had deterred us from returning to Thailand earlier. In our mandatory 14-night stay in Phuket (now reduced to seven), we were free to roam and meet family from Bangkok who we had seen only on Zoom since March 2020. We shrugged off the inconveniences of arrival bureaucracy, recently imposed suspension of onward flights to Bangkok and an alcohol sales ban that started shortly after we landed.

We even extended our stay to four weeks, eventually hiring a van for the 12-hour drive to Bangkok. But not everyone is as thrilled with the Sandbox. The Thai government trumpets its achievements, but others remain less convinced.

Coming from the U.K., where around 106 doses had been administered per 100 people by mid-June, it was reassuring that Phuket had also achieved a high level of coverage (around 88 doses per 100 people). But prioritizing jabs for Phuket meant fewer for the rest of Thailand, which averaged only 10 doses per 100 at that time.

While the Sandbox scheme allowed tourism to resume after being closed for much of 2020, arrival numbers have been modest. In the three months to Sept. 30, there were about 40,000 visitors, well below the 100,000 target and tiny compared with 1 million-plus Phuket arrivals in the same period in 2019. People enjoy some time on the beach on Phuket on Sept. 19.   © Reuters

The real significance of the Phuket scheme has been as a test run for Thailand's efforts to restart tourism for the end-of-year high season, so perhaps numbers are less important. But is it a good model?

One concern is that many guests are returning residents, like my Anglo-Thai family. Most would have returned to Thailand anyway, but dreaded the prospect of Bangkok quarantine. We are all guilty of displacing revenues from Bangkok to Phuket. Our hotel estimated that 75% of its guests were returning residents, a calculation unscientifically borne out by the preponderance of children from Bangkok's international schools in the swimming pool.

I did meet a family of real tourists from France. They had planned two weeks in the beach resort of Hua Hin, near Bangkok, after their Phuket sandbox stint. But when flights and the use of swimming pools in other resorts were outlawed, they decided to extend their stay in Phuket and then fly home.

A more fundamental constraint is government policy. Some tourists who jumped through multiple hoops to play in the sandbox were upset at the tangle of red tape, and to find some conveniences such as onward flights and alcohol sales suspended.

Even so, the Phuket Sandbox has attracted substantial interest, particularly from other key resort areas in Thailand that think they should have their own versions, although such aspirations may be modified if the government lifts quarantine for some vaccinated travelers on Nov. 1 as planned. Phuket's Sandbox would also become less relevant then -- perhaps proof that it has successfully forged a path for tourism's revival in the pandemic era.

Other countries in the region are also watching closely. The islands of Bali, Bintan and Batam in Indonesia, Langkawi in Malaysia and Phu Quoc in Vietnam are all planning to open along Phuket Sandbox lines. Japan is contemplating something similar.

Even if the Phuket Sandbox model cannot save Southeast Asian tourism, it has been inspirational for the industry and instrumental in reuniting families like mine. It is also proof that the Thai marketing elite can still do a great job by capturing a world of meaning in a grain of sand.

Simon Landy is a longtime resident of Thailand