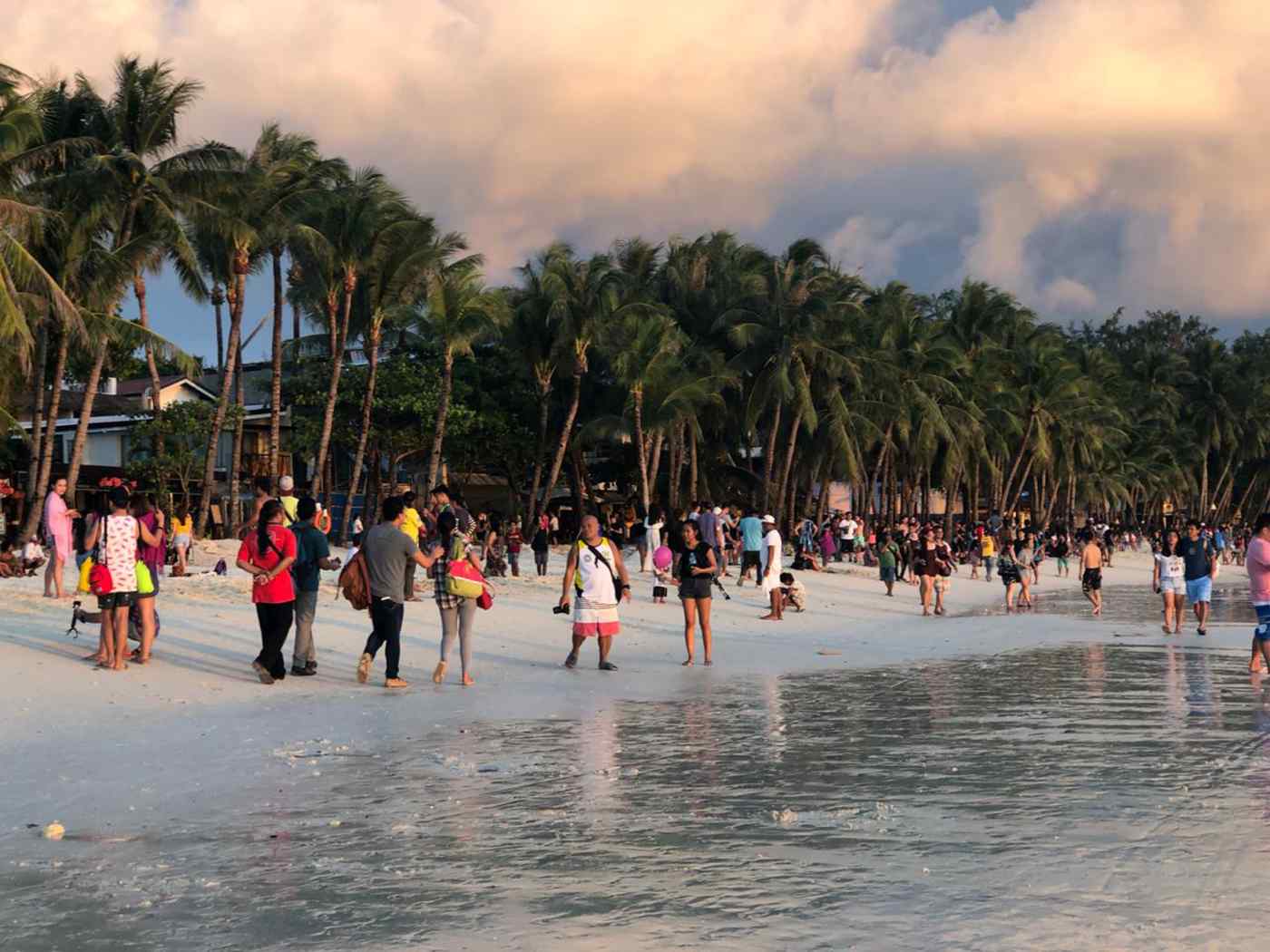 Tourists return to Boracay, Philippines, on Oct. 26, after the island was closed to visitors for six months.   © Reuters
ANNALISA BURGOSDecember 5, 2018 09:30 JST | Philippines
CopyCopied

I visited Boracay for the first time in June 2016, and left with no desire to return. The famous White Beach area was a tourist trap, overrun by hordes of selfie-stick wielding narcissists, aggressive vendors, and drunken foreigners who seemed more interested in dating than in Filipino culture. Inconsiderate and demanding visitors treated the locals like servants paid to cater to their every need.

Boracay over decades became the poster child for tourism in the Philippines, with more than 2 million visitors a year enjoying its powder-fine sand, crystalline waters and bustling nightlife. But where, I wondered, was the pristine paradise touted in travel guides? Was cheap beer and debauchery really the image the Philippines wanted to convey?

I was not alone. In April, Philippine President Rodrigo Duterte announced the closure of the island to tourists -- local and foreign -- for six months to tackle serious environmental problems, including sewage leaks. The island, which Duterte had earlier labelled a "cesspool," reopened on Oct. 26, although rehabilitation work is expected to continue until the end of 2019.

The "new" Boracay is a welcome start to the work needed to restore the once-idyllic paradise. But more needs to be done to ensure that tourists have meaningful interactions with local culture beyond the banca (canoe ferry) driver taking you to a snorkeling spot, the kuya (older male) serving you an overpriced burger, or the ate (older female) braiding your hair.

Promoting Boracay's biological diversity could raise awareness of the island's unique ecosystem, which is threatened by overdevelopment. Targeting eco-minded travelers from Europe and the U.S. could help to attract tourists willing to spend more for memorable, value-added experiences.

Why not organize tours that highlight Boracay's indigenous animal and plant populations, caves, wetlands, limestone forests and mangroves? Local officials could learn from Zamboanga, in the southern Philippines, which has launched sustainable ecotourism offerings on Santa Cruz Island and the newly opened Once Islas.

During Boracay's reopening weekend I returned to the island on a working visit to find out how much had changed. Residents were relieved that the island had reopened for business, but skeptical about the sustainability of new regulations limiting tourist arrivals and banning casinos, public drinking, smoking and loud partying.

One major challenge is the mindset of local officials, business owners and residents, who in the past have blatantly disregarded environmental and other laws. For years, investors and workers flocked to Boracay to find their fortunes, largely unregulated and eager to capitalize on free-spending holiday-makers and their insatiable demands.

A small group of prominent families has controlled local politics for years, making it difficult to enforce regulations. Residents talk of preferential treatment for some businesses, land grabbing by others, and illicit Chinese tourism during the shutdown. Many also say that a policy of returning land to the Ati, an indigenous people, amounts largely to transfers of property from small businesses to cash-rich conglomerates that repurchase the land.

Corruption is so common, they say, that no one wants to speak of it publicly for fear of retaliation; in such a small island offending the wrong person can be dangerous. This has a chilling effect on local debate, breeding a lack of accountability and transparency that allows the island's elite to regard itself as being above the law.

For Boracay to regain its magic and charm, rehabilitation needs to be on the inside, not just the outside, says Elena Brugger, president of the Philippine Chamber of Commerce and Industry-Boracay. As the gateway for tourists to the Philippines, Boracay has a responsibility to show the world the best of Filipino culture, the bayanihan (community) spirit, Brugger says.

The island's future is unclear, but the Duterte administration is already touting its rehabilitation as a blueprint for sustainable tourism elsewhere. Officials are focusing on Palawan, another popular destination, where more than 20 establishments in El Nido have been closed because of environmental violations. For now, the island remains open to tourists.

Meanwhile, the authorities can send a powerful signal by ensuring that officials accused of neglect of duty leading to environmental degradation in Boracay face justice. Ceciron Cawaling, the town mayor responsible for the island, has been suspended along with 16 other local officials accused of allowing businesses to operate without complying with environmental rules. Environmental fees collected from tourists are also said to have been misused.

Clearly, Boracay's rehabilitation has a long way to go. Renewing roads, buildings and the sewage system is a good start, but the island needs to raise its own standards if it wants to attract tourists interested in cultural and economic preservation rather than exploitation. It is a timely reminder for those behind other regional tourism hot spots.

Annalisa Burgos is a journalist based in Southeast Asia.