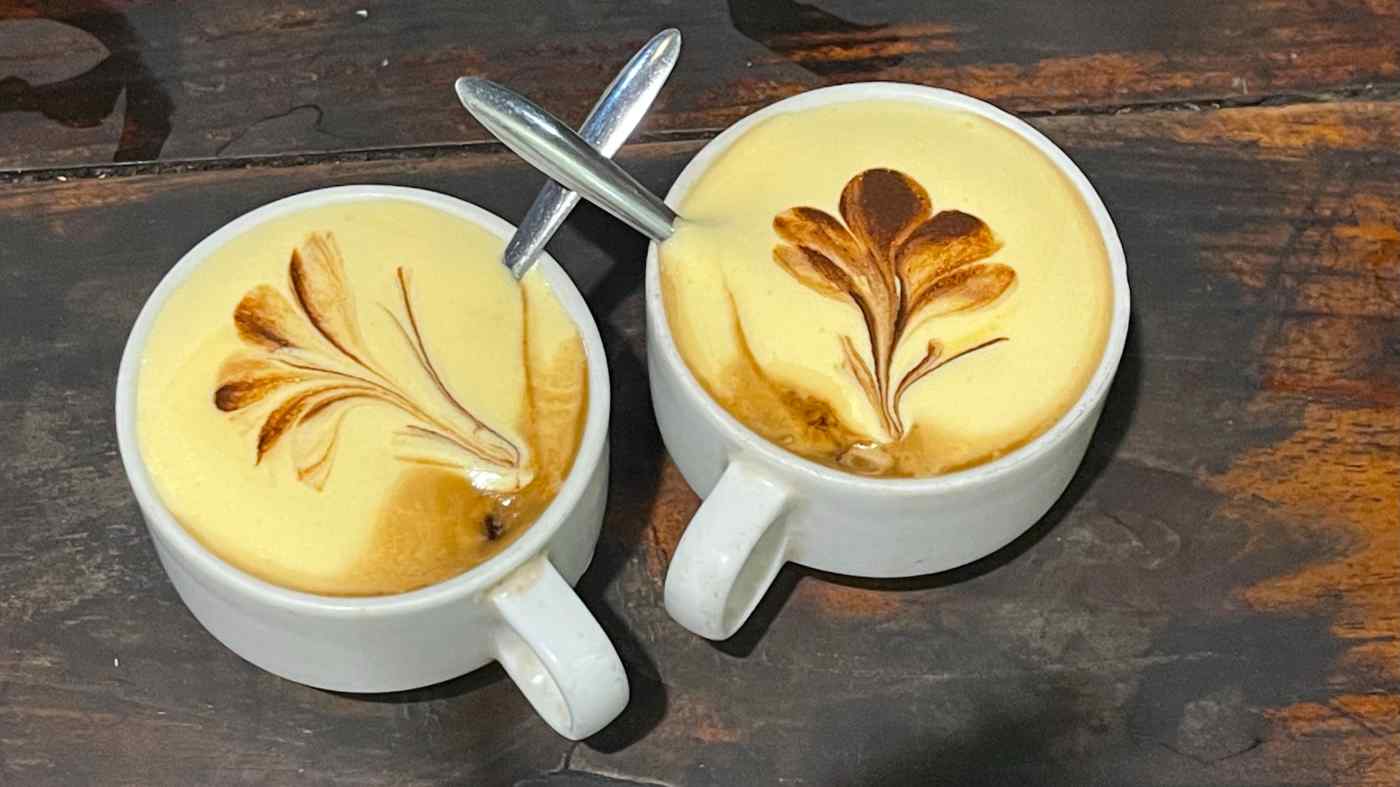 On a recent trip to Hanoi, I discovered egg coffee. It was a beverage I had never heard of, and I did not expect it to appeal to my palate, which is used to strong south Indian filter coffee. But I loved the frothy, sweet concoction, created in a Hanoi cafe in the 1940s because of a fresh milk shortage during the First Indochina War (1946-54).

That war is now a distant memory, but egg coffee (ca phe trung) is still a signature dish in Vietnam's culinary landscape. Today, the creator Nguyen Van Giang's son runs Cafe Giang, where the traditional recipe is diligently followed. In the name of research, I tried ca phe trung there and at the Cafe Dinh, a few lanes away. The delicious and decadent flavors of beaten egg yolk and condensed milk, used as a sweetener, are as far from wartime shortages as possible.