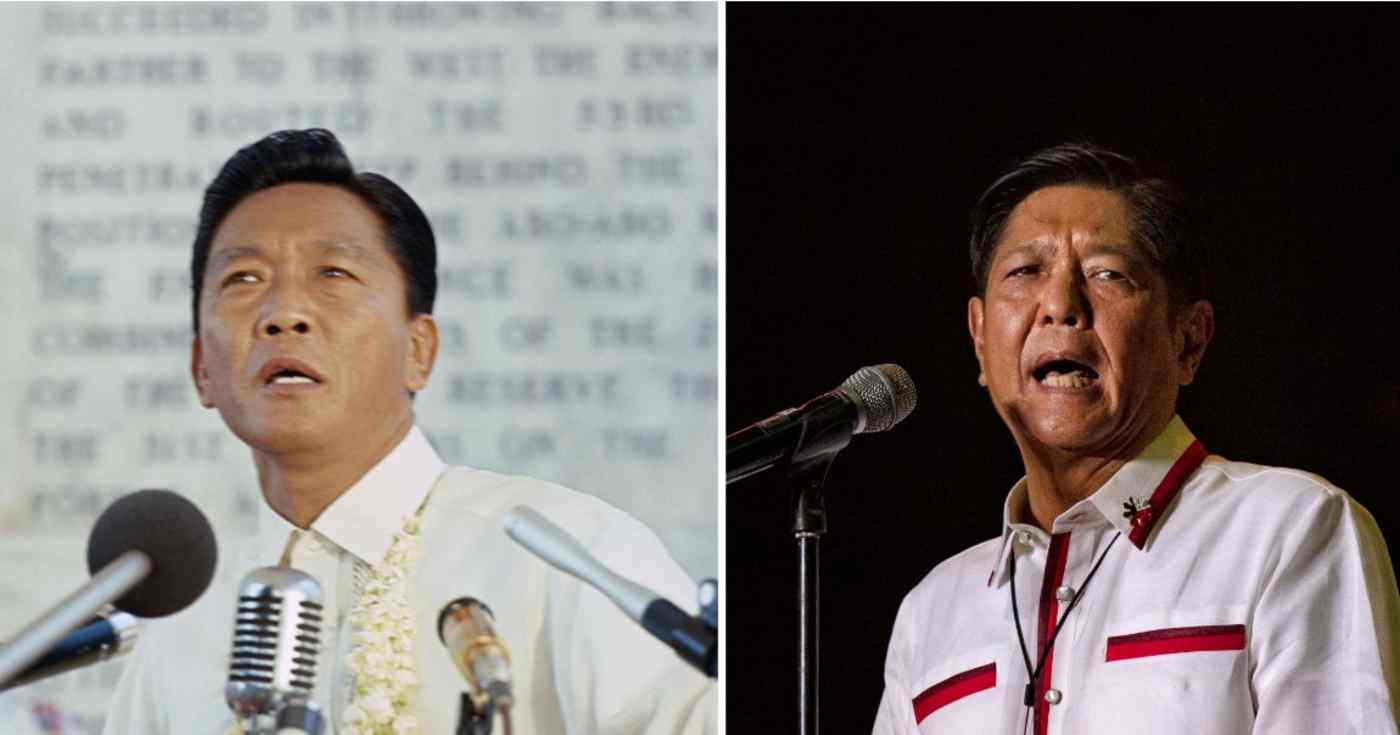 Like father like son? For many Filipinos who lived through the presidency of Ferdinand Marcos Sr., left, the recent election of Ferdinand Jr. has stirred up a lot of ghosts. (Nikkei montage/photos by Getty Images)
JOHANNA SONJune 8, 2022 11:00 JST | Philippines
CopyCopied

I was a "Marcos baby," one of those Filipinos who grew up knowing only one president -- the dictator Ferdinand Marcos, who ruled the Philippines from 1965 until his ouster in the "People Power" revolt of 1986.

It has been decades since I thought of -- or used -- this phrase. But the victory of his son Ferdinand Jr. in national elections in May burst open the locked files that rest in my psyche as one of the many Filipinos for whom the Marcos years were our lived experience.