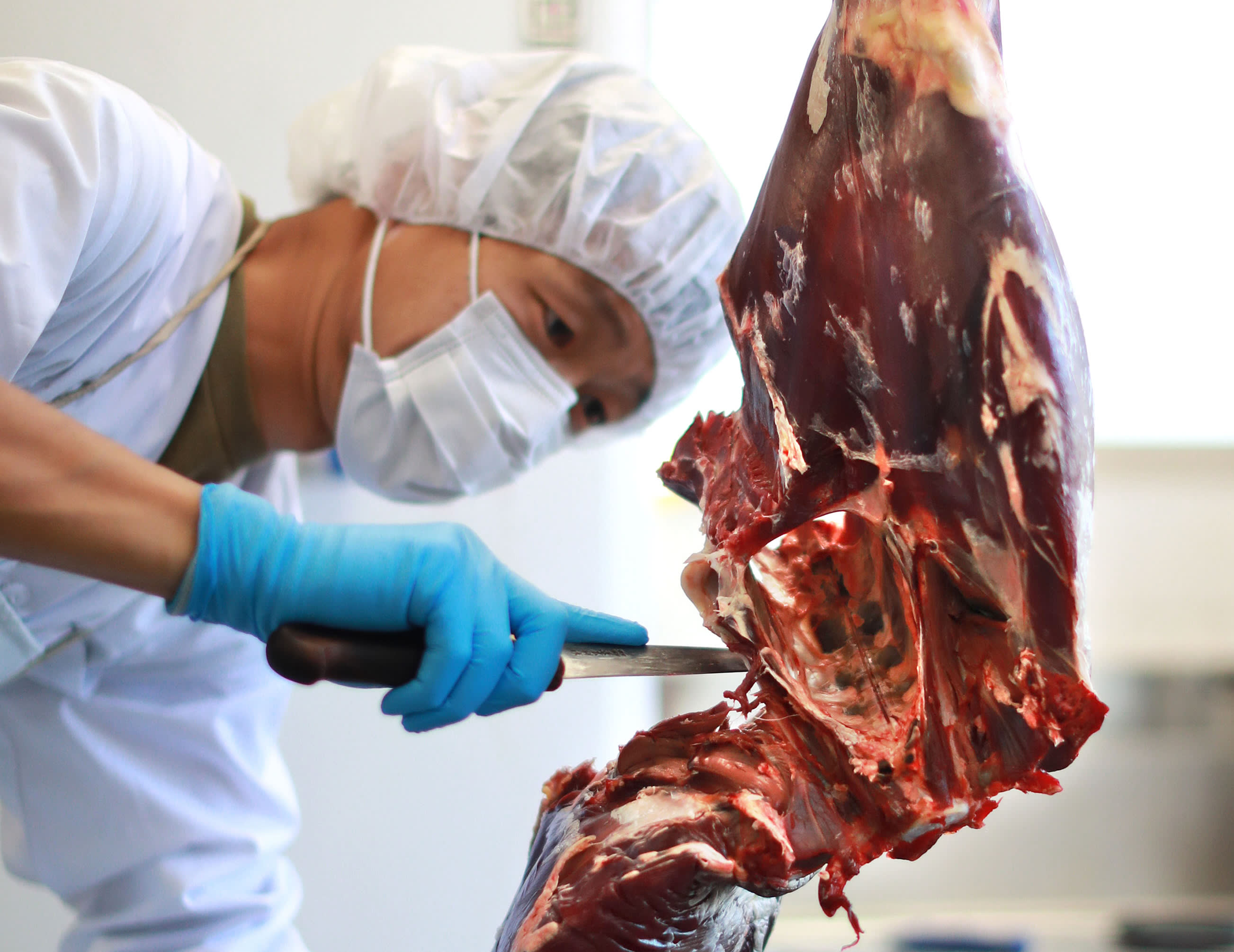 Game on: Japanese dining taps its wild side

I am staring at a plate of raw badger meat that I am about to roast and consume -- and thinking about "The Wind in the Willows." In Kenneth Grahame's Edwardian children's tale, Badger is one of the good guys, gruff and solitary, but also brave and warmhearted. His meat, it turns out, is mostly fat, as befits a creature who spends the winter months lazing around his comfy cottage in dressing gown and slippers.

The taste? Surprisingly good, when flavored with mountain wasabi and washed down with unpretentious red wine from Yamanashi Prefecture. After the badger, it is time to move on to two types of deer, ezoshika and nihonjika, followed by wild boar and a few slices of Hokkaido brown bear. This is rarely available, although the animal is one of the few of the world's bear species not listed as endangered.

The establishment where I have been presented with this feast for carnivores is Wana (or "Trap" in English), just near Nakameguro Station in Tokyo. As the name suggests, it specializes in gibier (game) meat, but presented in a Japanese rather than French format. You cook the meat yourself on a charcoal-fired griddle. There are curry, shumai dumpling and tsukune (skewered mincemeat) options available, too.

The customers include a number of fashionably dressed young women, presumably drawn by the reputed health benefits of the cuisine, which is low-fat, high-protein and rich in iron, carnitine and other good things. Long gone is the old image of leathery, pungent meat trafficked outside the official food hygiene system.

According to Nikkei Woman magazine, the boom in Japanese-style gibier restaurants owes much to regulatory changes. Deer and wild boar have been proliferating in the Japanese countryside for years, causing damage totalling tens of billions of yen to farmers every year. In response, local governments have extended the hunting season, which means that game meat is now available all year round. They are offering financial incentives to hunters too.

The health ministry has created detailed guidelines for processing, storing and transporting the meat. A Toyota group company, in cooperation with the Japan Gibier Promotion Association, has even developed a special "Gibier Vehicle," a truck with built-in butchering and refrigeration equipment, which can rush to the scene of a successful kill.

Farming animals for meat has a short history in Japan. After the arrival of Buddhism in the 6th century, meat-eating was generally frowned upon. In China and Korea, the priesthood was vegetarian, but allowed the common people to remain carnivores. Japanese Buddhism was stricter.

Killing animals for food -- especially those raised in the household -- was considered a sin and in some periods prohibited entirely. The degree of transgression involved in killing related to the number of a creature's legs -- heaviest for a four-legged creature, lesser for a two-legged creature such as a bird, and much lighter for fish. Despite the twists and turns of the prevailing ideology, there were always hunters who stalked, trapped and killed birds, rabbits, deer, wild boar and other creatures.

During the Edo period (1603-1867) in Edo itself, now Tokyo, there were momonjiya shops that sold game under the counter. Boar meat was known as "mountain whale" and venison as "autumn leaves." In mountain areas, the folk wisdom was that venison was good for pregnant women.

In 1856, U.S. Consul Townsend Harris became the first person in Japan to openly slaughter a cow for its meat, which he did in the grounds of the consulate, a former Buddhist temple. In just a few years, the consumption of meat became a symbol of the Western enlightenment that Japan was rushing to adopt. Mutton and steak were commended by Emperor Meiji himself, and sukiyaki made with beef became a signature dish of Japanese cuisine.

The recent boom in game produce is not just about healthier eating. It also represents a return to a sustainable pre-modern form of meat consumption in Japan. Perhaps there are lessons for other countries as well. All over the world, people are taking a serious look at what they eat and at what happened to it before it arrived on their plate.

Vegetarianism is one answer to the horrors of factory farming. Game is another. What could be more organic or free-range than the meat of a creature that lived its entire life in the wild?

That being said, everyone has their personal boundaries, myself included. The latest fad on the Japanese gibier scene is, apparently, crow. The reviews are good, but I think I will stop at Mr. Badger.