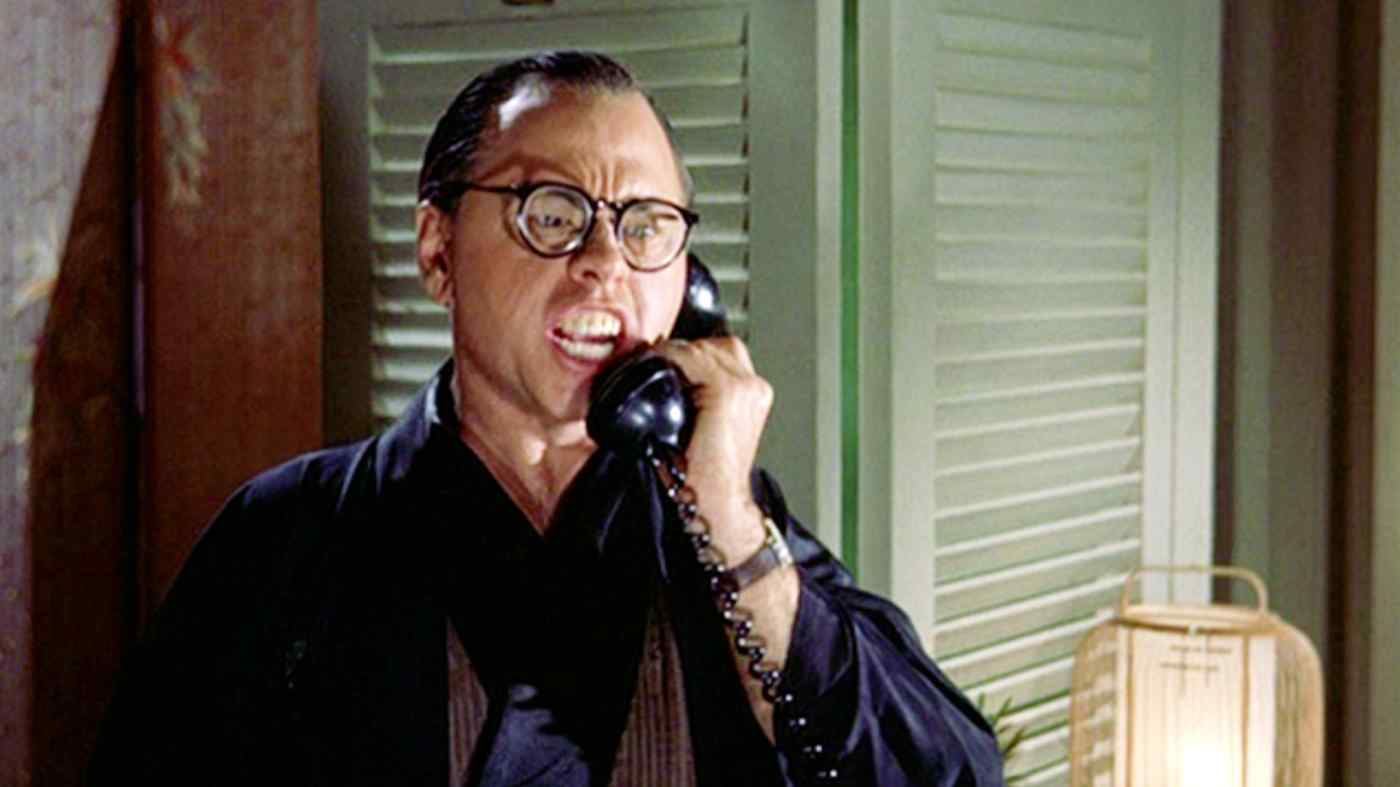 Mickey Rooney's portrayal of the Japanese character Mr. Yunioshi in the 1961 movie "Breakfast at Tiffany's" leaned into ugly stereotypes, prompting one reviewer to write, "The role is a caricature and may be offensive to some." (Getty Images)
STEPHEN MANSFIELDJanuary 25, 2023 11:00 JST | Japan
CopyCopied

As a keen martial arts practitioner, I was eager to watch the 1984 movie, "The Karate Kid," when it was released. In the film, the Japanese American actor Noriyuki "Pat" Morita plays the unassuming Mr. Miyagi, a martial arts expert and bonsai master. Morita was born in California, so his accent as a Japanese character speaking English had to be faked and his grammar corrupted -- a Hollywood requisite for Asian roles at the time. Instructing his young American protege in the correct procedure for bonsai trimming, he declares, "Close eye. Trust. ... Think only tree. ... Wipe your mind clean everything but tree."

The performance put me in mind of an earlier movie, the 1961 hit "Breakfast at Tiffany's." In the film, a neighbor of the Audrey Hepburn character, the clueless Mr. Yunioshi, is played by Mickey Rooney. The incongruity of having a white actor in the role of a myopic, bucktoothed Japanese eluded most of the audience, though James Powers, in a prescient review for The Hollywood Reporter newspaper, did note, "The role is a caricature and may be offensive to some."